Sudhir — the first action-hero of Lollywood 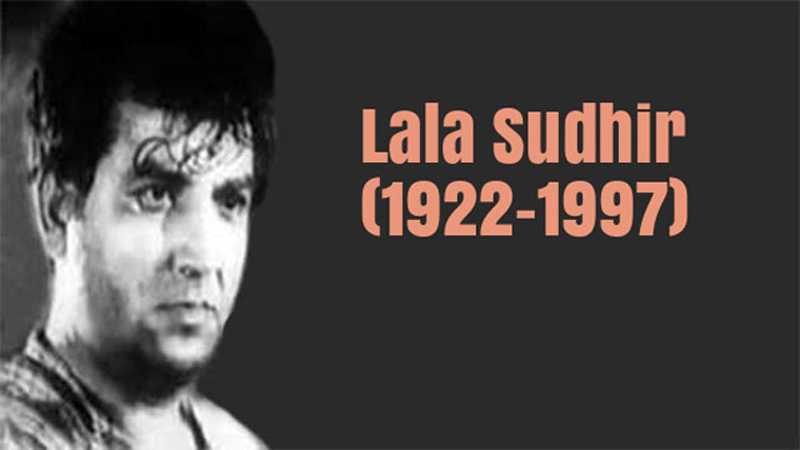 By his name Shah Zaman Khan Afridiame, he seemed to be of Pashtun descent. That he was, only that he was born in Lahore in 1921 and spent all his life in Lahore. I was a child when his films started coming in from 1949 onwards. His first film in Pakistan ‘Hichkoley’ (1949) did average business. It was third film made in Pakistan after it came into being. His heroine was Najma and director, Daud Chand. Earlier he started his career with a role in an Indian film named Farz in 1947 before creation of Pakistan in which he acted opposite Ragini. His last film was ‘Khamar’ (Pashto film) in 1989. He died on January 19, 1997. This year, 2020 was his 23rd death anniversary. Sudhir was a well-respected actor in the film circles. His career was a mix of successes and failures with total of 173 films to his credit; 70 Urdu, 101 Punjabi, one Pashto and one Indian. His film career spans over 38 years. He was director and producer as well. His first success was for his role in the film ‘Dupatta’.

Success crossed Sudhir’s path with super-hit film ‘Dupatta’ in 1952. Movies ‘Tarap’ and ‘Diwaar’ followed in 1953 and 1954 respectively. Director Sibtain Fazli’s film Dupatta was a golden jubilee film mainly because of its superb music by Feroze Nizami and songs sung by Nurjehan who was also the heroine of this film. Their songs were penned by Mushir Kazmi and Arsh Lakhnawi. Nurjehan’s song ‘Chandani Raatein’ is stilled hummed after 68 years of its creation. Though this film had some unknown stars such as Ajay Kumar and Muhammad Hanif Azad in it but Sudhir made best of this film’s success as lead pair opposite Nurjehan. 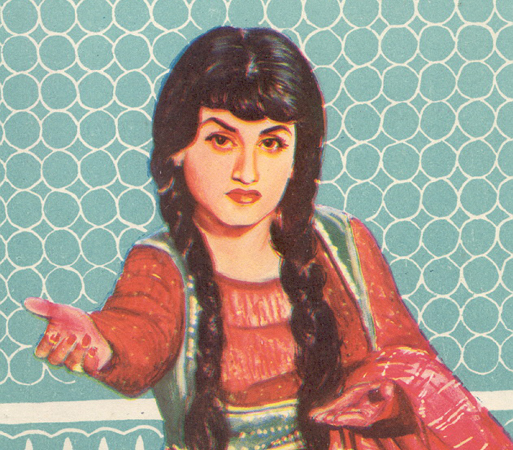 In 1954, Sudhir’s film ‘Sassi’ was the first ever Golden Jubilee Urdu Pakistani film. Sabiha Khanum was his heroine; he played the role of a dejected lover. In 1956 his four films Dulla Bhatti, Mahi Munda, Baghi and Choti Begum were the highest grossing films of their time. His film ‘Dulla Bhatti’ was a golden jubilee film in Lahore Circuit and Silver Jubilee in Karachi Circuit, the profit of which was impetus in laying foundations of Evernews Studios. Munawar Sultana rendered the famous song ‘Wastai Rabb Da Tun Javein Vei Kabootra’ filmed on Sabiha Khanum. 14th September 1956 saw the day of release of first action film Baghi which was based on the life of Akbar Khan who had raised his voice against the British Raaj. This film was golden jubilee film in both circuits of Pakistan. In 1957, producer Bari Malik cast Sudhir in the film Yakke Waali opposite Musarrat Nazir whose profit was used to construct Bari Studios. The film’s budget was 100,000/- rupees but it made 4 million, lot of money in those days. The film ran for more than 50 weeks in Lahore’s Capital Cinema. Sudhir thus became super star by 1960, just in a decade. This decade culminated on 18 June 1959 when Sudhir’s blockbuster film ‘Kartar Singh’ saw light of the day. He played the role of Umar Din. This film highlighted the socio-political angles of the aftermath of partition of the subcontinent, thanks to the genius of writer producer Saif uddin Saif. It is said that he has witnessed the partition of Punjab and the genocide on wither sides of the border himself. Despite Sudhir’s action-hero image, he appeared in romantic and milder roles as Hatim Tai in Hatim (1956), as Prince Saleem in the famous film Anarkali (1958), as Mirza Jat in film Mirza Sahiban (1956), as Mahinwal in film Sohni (1955) and as Mirza Ghalib in film Ghalib (1961). He acted in film Gul Bakawli (1961) etc.

In 1954, Sudhir’s film ‘Sassi’ was the first ever Golden Jubilee Urdu Pakistani film. Sabiha Khanum was his heroine; he played the role of a dejected lover. In 1956 his four films Dulla Bhatti, Mahi Munda, Baghi and Choti Begum were the highest grossing films of their time

This film made in 1957 was a great success with Sudhir entering a village with a friend Nazar and encountering Nurjehan on a well. She is filling the pots with water with her friends; notable among them is Zeenat. The film starts with background voice of Nurjehan giving lyrical picture of dawn in a village life with the song ‘Koi Subah Sadiq Suraj Akh Kholi’. Music by Safdar and direction by M. A. Khan was amazing. The pictorial representation of how a typical day starts in a village gave an artistic touch to Punjabi culture right from the beginning of the film. It was J. C. Anand’s produced film. Sudhir gave ‘Ghabroo Jawan’ (stout healthy young man) and Nurjehan, a well fed healthy young beautiful looks. Mesmerized by each other, both Sudhir and Nurjehan yearn to meet again ending up with another Nurjehan’s song ‘Tere Bolne Tei Mereyian Nei Buliyan, Teri Yaad Naal Pehli Waari Khuliyan, Vei Aa Kei Tur Jaan Waleya Raahiya’. Hazeen Qadri penned the lyrics and dialogues of the film. This film was released on May 31, 1957. Despite being a well-directed film, surprisingly it did average business. There are some movies which are liked more if seen after a gap. This film is one of them. The support cast comprised Saleem Raza, Ajmal, Kamla, G. N. Butt, Rakhshi, Maya Devi, Ismail, Rangeela and guest appearance, Nighat Sultana.

Sudhir was Khwaja Khursheed Anwar’s choice opposite Musarrat Nazir in his produced film ‘Jhoomer’. Masood Parvez directed this musical film mostly filmed in mountains. Allauddin, Laila, Ghulam Mohammad, Diljeet Mirza, Azuri, Rakhsi, Naeem Hashmi comprised support cast. This film had beautiful songs rendered by Nahid Niazi, Najma Niazi, Irene Parveen and Munir Hussain. Tanvir Naqvi wrote the lyrics. Much to the disappointment of Khwaja Khursheed Anwar, this film did average business despite its artistic treatment and melodious music. This film did not help Sudhir as well who played the mentally disturbed husband of Rakhshi who had died by falling of the balcony in a night club. Sudhir is sent to the mountains for recovery where he comes across Musarrat Nazir and her brother Allauddin.