Pakistani-American community on the radar as US presidential elections near 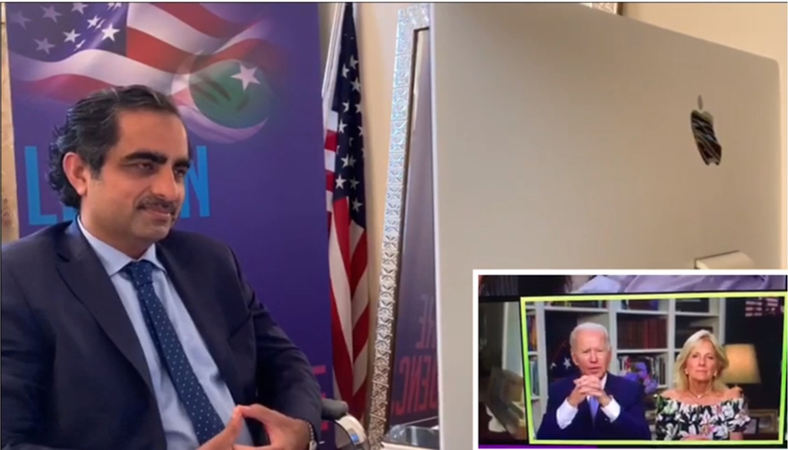 As the US presidential campaigns heat up, Democratic Candidate for the President of the United States, Mr. Joe Biden, reached out to the community leaders across the United States to garner support.

On Thursday, June 11, 2020, Joe Biden held a Zoom meeting with the community leaders across the nation representing various communities to rally up the support and listen to their concerns.

For the first time, the Pakistani American Community was on the table being represented by Dr. Ijaz Ahmad, Chairman of the Board of the American Pakistani Public Affairs Committee. Mr. Biden Spoke to Dr. Ahmad and stated, “People Listen to you because they know you know people and know what the candidates are about.” As the Pakistani American Community gets more involved in the politics and policymaking process, APPAC continues to play its role in being the voice across the nation with its chapters working out of California, Texas, New Jersey, New York, and Nevada. “We are excited to have our community finally achieved enough attention to be looked beyond the photo ops and fundraising efforts and to the outreach and policymaking discussions,” said Dr. Ahmad. Mr. Biden Concluded to Dr. Ahmad, “you are vouching for us, and I promise you I will do my best not ever to let you down, and thank you, I appreciate it beyond what you could imagine.”

Pakistani American Community has grown to a capacity where our organizations are looked at as the partners in the most critical elections in recent American History. And APPAC is humbled and honored to be the organization that is leading the charge and changing the narratives from within the system by becoming part of the system.