Status of women in Pakistan

The women’s status in Pakistan is varied from class to region. It largely depends on uneven distribution of socioeconomic development. Patriarchal and cultural customs have had a great impact on women’s status. A struggle for getting equal rights and to equalize socioeconomic differences is as old as the age of Pakistan. A prominent leader, Fatima Jinnah initiated a women’s organization to eradicate the avaricious situation among the women. But still the situation of the country vociferously acknowledging the worst condition of the women and in fact the developmental level of the country. The overall literacy rate of women in Pakistan is still 45% which is the lowest in the region. Health care system is also unequal for the women with poor health facilities. The employment ratio of a women Is 48% which is not connecting the dots of the developmental criteria of a country. Pakistan’s constitution prohibits discrimination by every mean but still there are many issues that encourages the inequality. The laws of honor killing, domestic violence and electronic crimes are not tinkering. All these cause low developmental growth and less foreign direct investment.

According to the survey of the World Bank in 2016, the female employment rate of Pakistan is 48.63%

Sustainable economic development of a country is directly proportional to the human capital that could only be increased through education. Pakistan has a very low human capital because of their weak education standards. Pakistan is the lowest performing south Asian countries by education standard and 2nd worst country in the world for gender equality in 2017 as per UN report. It is reported that 56% of male students compared to 44% of their female counterparts are attending schools. The situation is very deplorable in rural areas as the schools for girls are deprived of basic facilities i.e protective boundary wall, clean water and toilets. How can a religious and patriarchal family could send their children to schools that have no privacy? Only 20% of residents in rural areas of Balochistan can read and write. Pakistan has the lowest literacy rate in the world. Out of every 10 students, 5 are out of school. Only 4% female students can reach the degree level which is mayhem for the nation. In 2016, Pakistan received $1,498,937 in the form of school construction from Central Asia Institute and local supporters of Pakistan but the developmental work is not found on ground reality. Pakistan had also received $1.2m from Central Asia Institute in FY 2018-19 as a developmental aid. $68.3 m from NGO’s were also received on humanitarian grounds. 79% of the total primary school of Pakistan is located in the rural areas which has a poor infrastructure lacking basic needs. The gender disparity is comparatively lower in urban areas vis-à-vis rural areas as of their feudal traditions. 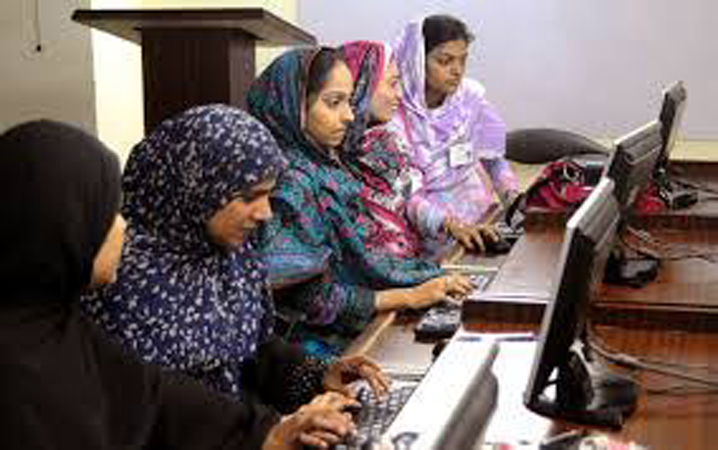 A healthy nation is a wealthy nation. But our healthcare system is completely collapsed and their policies are based on short term planning and ad hoc basis. Pakistan is considered as the most unhealthy nation in the world with poor health care system and health indicators. Due to our cultural and patriarchal issues women are less likely to take to the hospitals. On the other hand the political and religious parties are the main source of adding fuel to the fire. Assemblies have a greater number of women but unfortunately they are paying no heed on it. Majority of the country’s Basic Health Centers and Regional Health Centers are not operational while the rest have no emergency and obstetrical care for 24 hours. 30,000 young women die each year from pregnancy issues i.e mortality rate is 340 out of 100,000. In each passing hour 3 women losing their lives from pregnancy complications. Maternal deaths are rising on its record level which is mainly caused by hemorrhage, hypertension and infections. 75000 villages have no proper road to the care centers of women. According to the UN report, women in Nigeria are better nourished than women in Sindh which shows that the budget allocated for health was always torpedoed for many years. Majority of the women, particularly in rural areas are diagnosed with anemia, an iron deficiency disease caused by low socioeconomic conditions. According to the Global Nutrition Index data in 2019 , 52% reproductive mothers are anemic. Gender gap between men and women in food security is nearly 11% which leads to lower nutrient intake in women. Moreover, 58% of women have no right to say their health care. There is no screening program for women to prevent them from cancers. Women in Pakistan are facing different types of cancers including breast, cervical, ovarian and colon. The chemotherapy is so expensive that poor women can not afford it. Radiation therapy if available free in government hospitals is overcrowded with scarce staff to operate it smoothly. It is revealed from the research that low socio-economic conditions, mal-nutrition and lack of resources are the main causes of cancer. In the 2018-19 report, Pakistan became the worst nation for new born babies. More than 80% births are recorded each year at home in the presence of unskilled attendants. More than 375,000 women suffer pregnancy related complications i.e loss of uterus and infertility.

According to the survey of the World Bank in 2016, the female employment rate of Pakistan is 48.63%. The unemployment rate is remarkably high in the rural areas. The unemployment gap of urban women and rural women divides the women’s demands and objectives in their women movement arena. Although it is good to know that the employment rate and the participation of women in economic activities has been increased. Pakistan needs to increase their workforce by educating women to increase women empowerment in order to contain their regional rival against the hegemonic race. Out of 180 m population, only 12m women are employed. Pakistan needs to build vocational training institutions as well as there should be no gender inequality in daily wages like jobs.

Constitution of Pakistan provides equal rights to all and prohibits any sort of discrimination by any definition. But the survivors of the gender based violence in Pakistan are in agony by not getting justice. Delaying justice is no justice at all and the same is the situation of Pakistani women. Women demanding justice from the courts are then poignant for women. The Constitution is silent on many issues like reproductive rights. Implementation of honor killing laws gutted over the years. Women travail for their rights in movements but portrayed and manipulated wrongly by few people to save their interests. According to the survey of ‘White Ribbon Pakistan’, 15222 honor crimes , 1535 burning , 1843 domestic violence,35935 suicide, 5508 women kidnapping and 4734 sex violence cases were reported from 2014-16.

A well-educated nation could only be the reason for the developed country. Bangladesh is the only country whose GDP growth rate is high in the region due to its high literacy rate i. 73% against 55% of Pakistan. Neglecting half of the country’s population from the labor source could not improve the fate of a country. Health care system must improve by delivering transparent and accountable health policies. The empowerment laws and the gender based violence laws also need proper attention to meet the current challenges of the country. Only women are the responsible factor of the victory among rivals.

The writer is Assistant Director, Energy and Power Department KP, and a private member to the committee ‘ Environment Protection’, KP Forest Ministry