Why the IMF’s suggestions to Pakistan are ill-timed and bad economics (again)?

It’s that time again in Pakistan, the time when it tallies its books; double checks all its pockets and glances dismally at the plethora of “summaries” received. It is budget time in Pakistan. Pakistan is expected to announce the fiscal budget of FY 2020-21 on June 12. While Pakistan has, and will, ignore most requests, ones coming from the IMF are hard to ignore. The latest “suggestion” is to freeze the public sector wage bill so that Pakistan can continue on its path of fiscal consolidation.

This should be done to achieve the target of the primary fiscal deficit to 0.4 per cent of the GDP. In the past ten years, according to the State Bank of Pakistan, this metric ballooned to nine per cent of GDP in 2012 and has been almost halved in 2018. Since then, it has shown a slight increase. Now, the demand is that it be reduced by a factor of six in the upcoming year. Ladies and gentleman, brace yourselves, we are in for quite a ride!

The decision to freeze wages will create ripples to the tune of a tsunami, pun intended

Before we go up in arms about some hidden agenda of the IMF, it may be pertinent to note that this suggestion is not a first from the IMF. Latvia, which took a loan of €7.5 billion from the IMF in 2008, had to cut government expenditure. To ensure fiscal consolidation, Latvia unilaterally brought wage cuts; cuts in pensions, teachers’ pay and wages in the health sector quickly followed. Therefore, this is an old trick in the IMF’s bag. It is also a trick that has not yielded any documented temporal improvement and has almost always been quickly reversed by governments forced into it. Collective action like strikes has been a key factor in the reversal of such an action.

So what would happen if Pakistan yields to this demand/suggestion? At a time when the state needs to be entrepreneurial, such shackles will prove counterintuitive even to broad goals of international lenders like the IMF. Forget the macroeconomic woes Pakistan always finds itself in for a moment and let us consider the exogenous shock the country finds itself in currently: the Covid-19 pandemic. 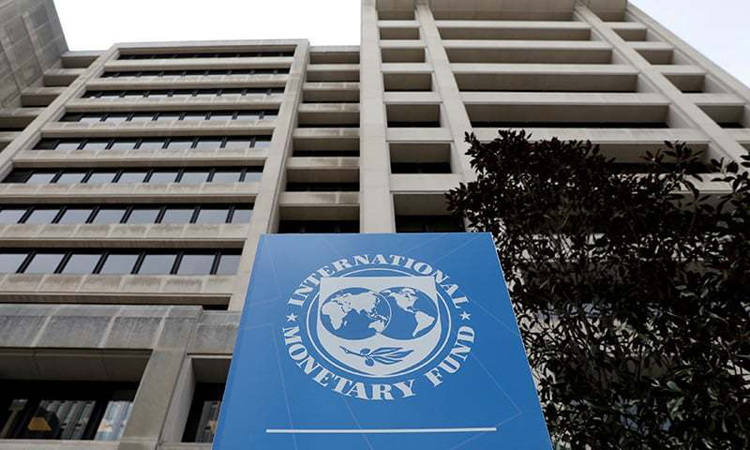 Pakistan’s trajectory of the spread of the virus has still not peaked. The virus is spreading like wildfire with no abatement in sight. The country’s front line workers, along with scores of civilians, are falling prey to the virus-like flies. The recent relaxation of the lockdown and the ensuing spike in cases is evidence enough that our front line workers are our best bet against the virus. As a nation, we have played no effective role to prevent the spread by curbing our mobility, so we have to fall back on curing it and caring for those who require medical help. Doctors and nurses in public hospitals, sanitation and janitorial staff, medical workers, police and paramedics are our front line workers. They are on the government’s payroll. Imagine a plausible reality where they are stop being paid. Therefore, not only are they expected to continue risking their lives and jeopardising that of their loved ones, now the Government is going to ask them to do it for free. How is that fair?

Let us add to the frontline workers the people who make the government machinery run, the bureaucrats and other government employees. In 2018-19, a whopping 96 per cent of government employees were employed in the basic scales one through sixteen. We cannot say that they have missed the mark during this crisis. They are functionaries of the state; they enforce policies they receive from the upper echelons. Let us refrain from faulting them with something that is not their fault. They have been working tirelessly and they do not receive a wage premium; they do receive job security, and that is why they choose to serve their country this way. All of that will go out with the decision to freeze or cut their wages. Is this how the state should reward the people who serve it and its people?

The decision to freeze wages will create ripples to the tune of a tsunami, pun intended. Not only will this hamper the much-needed restructuring and rehabilitation of the economy in the medium run, but it will also erode belief, trust and confidence in the government and state. This will be a direct attack on Pakistan’s democracy and potentially bring the country back to the two-party system. Just recently, the Grand Health Alliance announced that it would strike against a provincial government due to the lack of safety equipment for doctors. If their demands go unmet, they will go on a strike, on the eve of Pakistan’s budget announcement. The stakes are high and very real.

How is an economy supposed to recover if its consumption tanks? There are very few policy options to resuscitate investment thereafter. A direct attack on Pakistan’s skilled labour under the guise of fiscal consolidation will not only make economic recovery next to impossible, but it will also directly and negatively affect the state and government. And we will very quickly find ourselves in a vicious circle of incompetent government workers unable to achieve fiscal targets which will perennially park us on the front door of international lenders, including the IMF. Is it even worth it for the government to take a decision that is bound to be reversed?

Dr Izza Aftab is the chairperson of the Economics Department at Information Technology University, Lahore. She is also the Director of the SDG Tech Lab and the Program Director of Safer Society for Children. She has a PhD in Economics from The New School University (NY, USA) and is a Fulbrighter. She tweets @izzaaftab.

Sadaf Akbar is a post-graduate in Applied Economics from FC College, Lahore. She is currently working as a Research Associate at the SDG Tech Lab established in collaboration with Information Technology University, Lahore, UNDP and UNFPA.