* In his essay 'Alif Allah,' Asif reiterated the importance given to the alphabet 'Alif'; examples have been quoted from many Sufi Saints 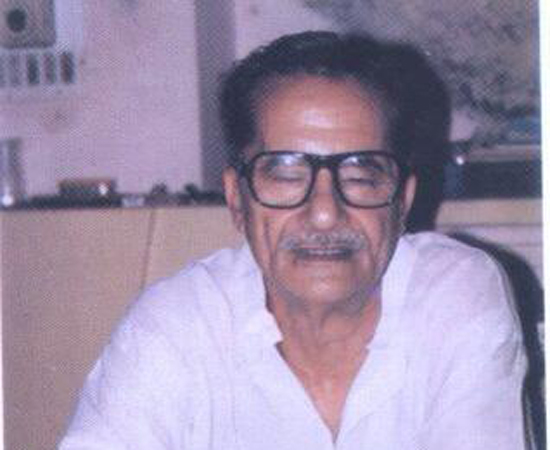 Muhammad Asif Khan was one of the earliest seasoned Punjabi writers. He started writing in Punjabi language and literature from 1956 onwards. Till 1992 he had written a number of essays. Pakistan Punjabi Adabi Board published books titled Quaid e Azam – Soch Tei Siasat (1983), Punj Tare (1984), Nakhirey (1985), Azadi Maghron Punjabi Adab (1986) and Nik Suk. The latter book comprised his essays written as introductions to his many books or which were published in various magazines from time to time. He separated his essays on linguistics in a separate book. He was probably the only crusader who worked untiringly all his life and produced the highest amount of Punjabi literature from meager resources of Pakistan Punjabi Adabi Board that he headed single handedly for last eighteen years of his life. He was born in 1929 and died in the year 2000. He published two hundred plus books. He used to edit all the books himself. His work on classic poets was commendable. His thorough research work was exemplary as far as scholarly work in Punjabi is concerned. His own, about one hundred articles, paved the way for scholarships in Punjabi language and literature. His own research work surpassed the work of a large institution with ample research funding could have achieved. He had a rich linguistic background; well versed in Hindi, Sanskrit, Pushto, Balochi, Sindhi, and even Japanese languages.

To a question as to why Asif started writing in his mother tongue, he gave two reasons. One, when he read his short story ‘Do Charre’ in a session of Anjamun Azad Kheyal Musanafeen’ as Progressive Writers Association was banned in those days. In this story he had used two Punjabi words ‘Charre’ and ‘Chuk Marne’

To a question as to why Asif started writing in his mother tongue, he gave two reasons. One, when he read his short story ‘Do Charre’ in a session of Anjamun Azad Kheyal Musanafeen’ as Progressive Writers Association was banned in those days. In this story he had used two Punjabi words ‘Charre’ and ‘Chuk Marne’. There was hue and cry and Intizar Hussain was very vocal about it as to why Urdu language was being polluted. Two, Safdar Mir once asked Asif as to what he was doing in those days. Asif had responded that he was learning Japanese language. Safdar Mir argued that instead of spending his quality time in learning Japanese, he should spend that time on his mother language, Punjabi. So, Asif did that and his first venture in Punjabi was translation of Tolstoy’s stories that he presented in Punjabi Majlis. Akbar Lahori recognized Asif’s Jallundhari dialect in Asif’s writings.

Who were the writers writing in Punjabi in those days, Asif stated these comprised Safdar Mir, Anis Nagi, Hakim Nasir and Asif dragged Munir Niazi in this slot. Then a foundation of Punjabi Cultural Society was laid, initiated by Maulna Abdul Majeed Salik, Ustad Daman, and Faqir Muhammad Faqir. Saadat Hassan Manto read an essay on ‘Bolian’. Muhammad Asif Khan read his essay on Shah Hussain. After six months or so, this society became dysfunctional but its largest function was held on April 09, 1956 in Lyallpur wherein the resolution for adopting Punjabi as mode of teaching in schools and colleges was adopted by Dr. Faqir Muhammad Faqir. Abdul Majeed Salik raised this point in Punjab University. After a gap of two to three years, Hakim Nasir, Safdar Mir, Abdul Majeed Bhatti and Chaudhry Afzal Khan started Punjabi Majlis. They initiated a Punjabi journal namely ‘Punj Dariya’ (five rivers). Initially meetings were held with Chaudhry Afzal Khan, then at Mori Gate Library. Elections were held. Raja Rasalu defeated Hakim Nasir. Then Ayub Khan’s Martial Law banned the activities of Majlis. Chaudhry Afzal retained ‘Punj Dariya’ and Majlis was confined to just publishing its bulletin periodically.

On a question as to who were the new office bearers of Majlis, Asif Khan responded that Anis Nagi was Secretary and Abdul Haq Khami was Secretary General. Safdar Mir left as he was unhappy. Akbar Lahori and Raja Risalu remained in the Majlis as they were friends too. Some friends advised that some government officer may be asked to head this society for any meaningful result. Tariq Ismail and Hafeezullah Ishaq were approached but they declined on the pretext that they were not literary people or that government functionaries were against Punjabi.

Now Shafqat Tanveer Mirza laid the foundation of Majlis Shah Hussain and later of Shah Hussain College. He involved all the literary figures such as Shahzad Ahmad, Tajammul Hussain and Altaf Gohar. It was a long struggle to keep the printing of literary magazine ‘Punjabi Adab’ on by Asif Khan and Raja Risalu. This effort continued from 1960 to 1972 when Asif’s father expired but declaration was in his name. Asif being an employee of Housing department could not get it transferred in his name. This period witnessed coming into being of Punjabi Adabi Leher and Punjabi Adabi Sangat.

After 1971 many developments took place when Najam Hussain Syed became chairman of Punjabi Department in Oriental College. He had gone there on the condition that this department should have a separate entity. When his term expired he recommended all the funds to be transferred to Punjabi Adabi Board which had been formed by then.

The above information is based on the interview given by Muhammad Asif Khan at the beginning of his book ‘Ik Hor Nik Suk’.

Another book worth mentioning by Muhammad Asif Khan is Kafian by Shah Hussain printed by Pakistan Punjabi Adabi Board in March 1987. Khan was the Secretary of the Board then. It comprises 165 Kafis of Shah Hussain. This was the seventh book published by the Board, the earlier being ‘Kehnda Saeein – 1978, Heer Chiragh – 1978, Akhia Baba Fareed Nei – 1978, Shah Hussain – 1979, Kulyat e Laali – 1979, Heer Damodar – 1979. Asif has taken pains to advise readers to repeat the first line called ‘rihao’ in Punjabi after reciting each line of the Kafi.

Journalist Safir Rammah observes in a local English language daily on May 08, 2005 “A huqqa, an occasional cup of tea that he made himself, an inquisitive mind and a burning desire to serve his language was all that he needed to work tirelessly for more than 50 years to provide a deeper understanding of Punjabi literature”.