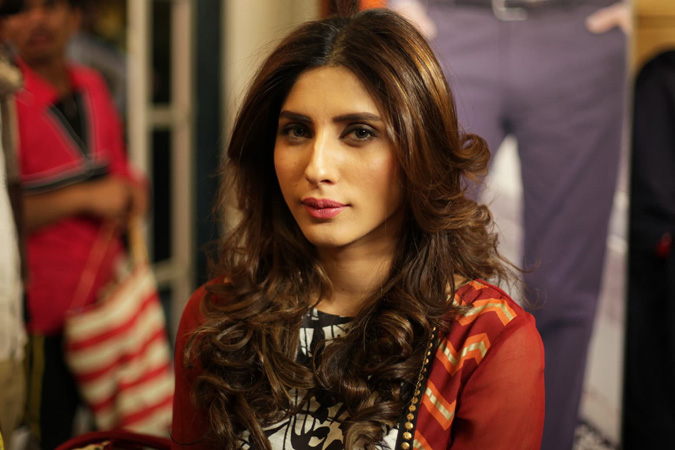 Actess Uzma Khan said that she was about to marry Usman Malik.

She expressed these views while addressing a press conference at Lahore Press Club.

Uzma Khan reached the club along with her lawyer Ali Ishfaq to share the details of the controversy involving her and her sister and the daughters of Malik Riaz and his son-in-law Usman Malik.

“I’m grateful to the media who came for my support. All the allegations Usman’s wife is putting against me in the video are wrong. I saw Usman’s wife for the first time that night. I had two years’ relationship with him and we were about to get married,” said Uzma Khan.

She said: “Amina Usman-the wife of Usman Malik never called me. All the allegations she made were wrong,”.

The actress tweeted that she and media persons closed to her were receiving threats.

‘I’m grateful to the media who came for my support. All the allegations Usman’s wife is putting against me in the video are wrong. I saw Usman’s wife for the first time that night. I had two years’ relationship with him and we were about to get married,’ said Uzma Khan

Answering to a question that whether she received any offer from Malik Riaz’s family, she said that she belonged to a very respectable family. “If I would have to make a deal then why would I come here in front of the media and answer all these questions,” said Uzma Khan, adding that she only demand justice from the government of Pakistan.

“The Guards and the girls both beat me and my sister and we were seeking mercy,” said the actress. She said she told that they could not kill her parents as she was orphan.

“The maximum thing is that you can kill me,” said Uzma Khan. She also demanded security for herself and her sister as they both were receiving threats.

“I am receiving threats from last night,” the actress further said. She also asked the police for medical examination and lodge FIR purely on the basis of facts.

“I hope I am as much Pakistani as Malik Riaz,” she said, pointing out that she needed justice. Mian Ali Ishfaq, the lawyer of the actress also spoke on the occasion.

Yesterday, different videos went viral on social media, showing two women, said to be daughters of Malik Riaz, entering the actor’s house and threatening her for allegedly having an extramarital affair with a man namely Usman Malik, who is said to be related to Malik Riaz. One video showed them sprinkling some liquid on Uzma Khan and threatening her of serious consequences. In another, one of the ladies asked her guards to touch Uzma to see if she would sleep with him. The ladies could be seen hurling abuses at Uzma and her sister Huma Khan.

Another video showed that the woman was asking her questions about Usman Khan, accused Uzma Khan saying that: “Tell me the truth, what did you do with Usman? Did you sleep with him?” The two sisters look shaken during the whole incident. Uzma Khan said that nothing happened between her and Usman and the video ends here.