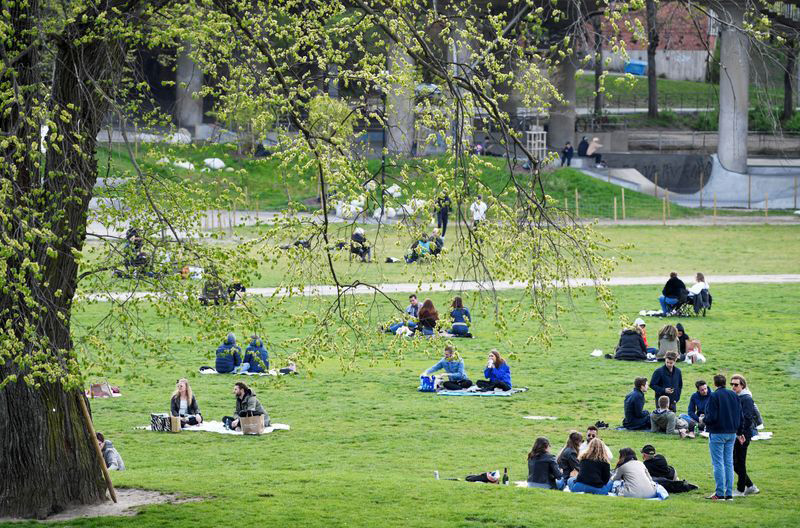 Sweden, which has opted for a more open strategy in combating the virus than other European countries, has the highest number of deaths in Europe per capita from the COVID-19 disease over the last seven days, data showed. Sweden has kept most schools, restaurant and businesses open during the pandemic. While deaths are on the decline Sweden had 6.25 deaths per million inhabitants per day in a rolling seven day average between May 12 and May 19, according to Ourworldinsata.org. That was the highest in Europe and just above the United Kingdom, which had 5.75 deaths per million. Over the course of the pandemic Sweden still has fewer deaths per capita than the United Kingdom, Spain, Italy, Belgium and France, which have all opted for lockdowns, but much higher than Nordic neighbours Denmark, Norway and Finland.