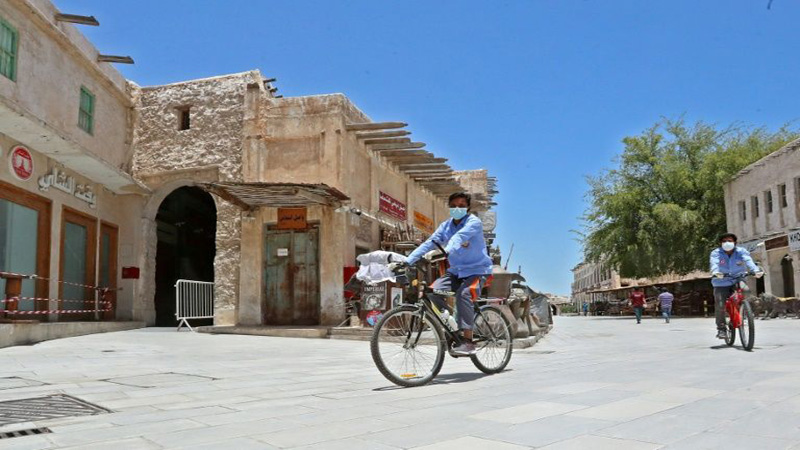 Qatar confirmed 12 cases of COVID-19 at a jail on Tuesday as campaign group Human Rights Watch warned other prisoners could be at risk of contracting the disease.

Two inmates were acutely ill but none had succumbed to the respiratory condition, the Government Communications Office said in a statement which denied there was a widespread outbreak among prisoners.

Human Rights Watch had said in a statement that six non-Qatari detainees “described a deterioration in prison conditions” at Doha’s Central Prison.

“They said that the prison authorities also further restricted prisoners’ limited access to basic medical care,” it added describing the situation as “an apparent outbreak”.

The campaign group has previously warned that cramped, unsanitary conditions in prisons worldwide and in worker accommodation in the Gulf make social distancing impossible and could accelerate the spread of the new coronavirus.

Almost 34,000 people have tested positive for COVID-19 in the tiny Gulf country — 1.2 percent of the 2.75 million population — although just 15 people have died. The government said the HRW report was “based on unfounded rumours and speculation from a small number of unverified interviews”.

“(The) 12 patients were transferred immediately to a secure, purpose-built medical facility… where they have received, or continue to receive, first-class medical treatment,” the communications office said.

“Two cases reached the acute phase of the illness and were transferred to a designated off-site treatment centre where they received first-class healthcare before being transferred back to the Central Prison once fully recovered.” Masks have been mandatory in public places in Qatar since Sunday in an effort to stem the spread of the virus. Violators of the new rules will face up to three years in jail and fines of as much as $55,000, the world’s toughest penalties for failing to wear a face covering.

Anyone leaving their home will also be required to install a contact tracing app on their phones from Friday, the Qatar News Agency reported.