‘Doctor Faustus’ is an Elizabethan tragedy based on German stories

* Basically, the Renaissance Era was the period of great changes 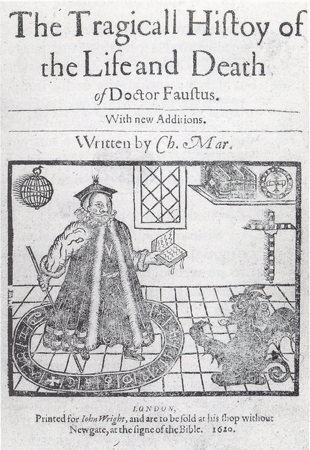 This drama is set in Elizabethan era which follows the Renaissance period. Dr Faustus is a figure which can be seen as a highly infected personality by Renaissance changes. All those alterations that took place in Renaissance era can be easily traced in Dr Faustus.

Basically Renaissance Era was the period of great changes. Renaissance comes after Dark ages which were too much alarming to the masses. The cultural, economical and demographic declination is highlighted in dark ages and due to this Humanity lost its value. So the Renaissance Era is coined as an Era of Rebirth of Humanity. The key aspects that flourished in this period were Emphasis on classical learning and Life, Humanism, Scientific Discoveries, Thrust for knowledge, Religious Declination and so on. Doctor Faustus was perfect match for these attributes thus the play took place after this Era to recall the past glories.

Doctor he was attributed because he mastered in various subjects like astronomy, medical sciences, philosophy, law and so on. He thought rare was a subject he was unaware of. Like a typical Renaissance man, he also had thrust for knowledge. In the end only Black Magic was left that Faustus could shape himself by. He belonged to Germany, so he consulted two wits; Valdes and Cornelius to teach him black magic. They started guiding him through different books of magic. Once upon a time, while exercising black magic, a devil appeared before him namely Mephistopheles. Faustus asked him to obey his orders, but the devil refused. Mephistopheles told Faustus that he was servant to Lucifer – the king of devils.

Then, in return Faustus told Mephistopheles to consult Lucifer and ask him to make a pact between Faustus and Lucifer in which he will handover his soul in exchange for 24 years of Lavish and luxurious life. Mephistopheles consulted his Lord and Lucifer agreed to conditions.

Doctor he was attributed because he mastered in various subjects like astronomy, medical sciences, philosophy, law and so on. He thought rare was a subject he was unaware of. Like a typical Renaissance man, he also had thrust for knowledge. In the end only Black Magic was left that Faustus could shape himself by

Mephistopheles to make a strong bond between Lucifer and Faustus, came up with an agreement which says that Right After 24 years, Faustus will present himself to the Lucifer and the rest of Faustus’ Life will be limited to hell. Faustus thought if devils like Mephistopheles and Lucifer are doing best and have excessive powers even belonging to hell then what’s bad in mine. I will too enjoy these facilitations in hell. So, he decided to sign the agreement but on the occasion two angels; bad and good, appeared before Faustus. Good angel warned Faustus not to do this while bad angel urged him to sign the agreement by following Lucifer. Mephistopheles asked Faustus to sign agreement with his blood. While signing, the blood got froze and a warning jotted with blood appeared on Faustus forearm that not to disobey mercy of God but Mephistopheles with a heated coal melted the blood and Faustus signed the document.

After the agreement, Mephistopheles became slave to Faustus and revealed all his powers that Faustus could use them. Faustus demanded a beautiful wife but Mephistopheles refused by considering it a holy ceremony, but he in return gave Faustus a few Heavy knowledgeable books to expand his knowledge.

Again Faustus think has he done good by exchanging life. On various incidents the good and bad soul appeared before Faustus to ask pardon from Almighty but Mephistopheles succeeded to divert Faustus.

Once Mephistopheles was telling Faustus about the Cosmology, planets and astronomy, Faustus asked Mephistopheles, “Who Created Universe?” As we and Devil know very well that it is created by God but Mephistopheles didn’t tell him because he thought Faustus will disobey Lucifer and break the agreement. Faustus after that became double minded, either he should ask for repentance from God or not. On one side he feared Lucifer and on other, God.

Mephistopheles was a tricky and clever devil. He thought to go on a world tour along Faustus, so that he may deliberately delight Faustus. They both travelled almost all countries and ended up in Rome where they mocked Church popes and visited various monuments and places. Gradually Faustus got fame and became popular in Country. He got different invitations from renowned people, i.e. he was invited by Duke Of Venholt, Emperor Charles (V) to show his dazzling magical skills that could delight them. Faustus managed to entertain them. He diligently showed his magical skills like converting a knight’s horse into wood pipes, presenting grapes to Duke’s wife though it was no season for grapes, a horn on man’s head and so on.

In the later parts of novel Faustus’ scholar friends asked him to present Helen Of Troy (most beautiful women in the world) before them. He succeeded. Faustus’ tragic end was gradually coming towards him. Once an old man told Faustus to ask for forgiveness from God. Faustus too thought to ask for pardon but Mephistopheles reminded Faustus his agreement by strict threat. Faustus asked Mephistopheles to make Helen his lover so that he may divert from being traitor.

The days of deal were about to end. Faustus grew pale day by day. On the last day of deal, Faustus’ scholar friends told Faustus to ask for repentance from God but Faustus recalled Mephistopheles’ threat. Faustus burnt all his magic books. He did so just because he didn’t want anybody to learn magic which will lead one to tragic end. The last clock was striking and Faustus was waiting for Lucifer to come.

He wanted to ask God to forgive but he feared. Next morning Faustus’ blood was spread all over the floor. And the novel ended.

The moral which we extract from this play is Like the Faustus, we being the ordinary beings too possess Good and Bad spirit inside us. The good side of our soul always urges us to do good so that we in return achieve good results while the bad spirit diverts us from following right path and lead us to hellish life.

Secondly, we should learn but avoid from that knowledge that endangers us like black magic. And as it is said “Avarice is root of all evils” so we should not be greedy and thank for what we possess. Thirdly, Our God is merciful. We should never hesitate to ask for repentance from him because he is our lord, and we the servants to him. At the end nobody is perfect except Allah.

The Tragical History of the Life and Death of Doctor Faustus, commonly referred to simply as Doctor Faustus, is an Elizabethan tragedy by Christopher Marlowe, based on German stories about the title character Faust. It was written sometime between 1589 and 1592, and might have been performed between 1592 and Marlowe’s death in 1593. Two different versions of the play were published in the Jacobean era, several years later.

The powerful effect of early productions of the play is indicated by the legends that quickly accrued around them-that actual devils once appeared on the stage during a performance, “to the great amazement of both the actors and spectators”, a sight that was said to have driven some spectators mad.

The writer can be reached at yasirjamalmahar3@gmail.com