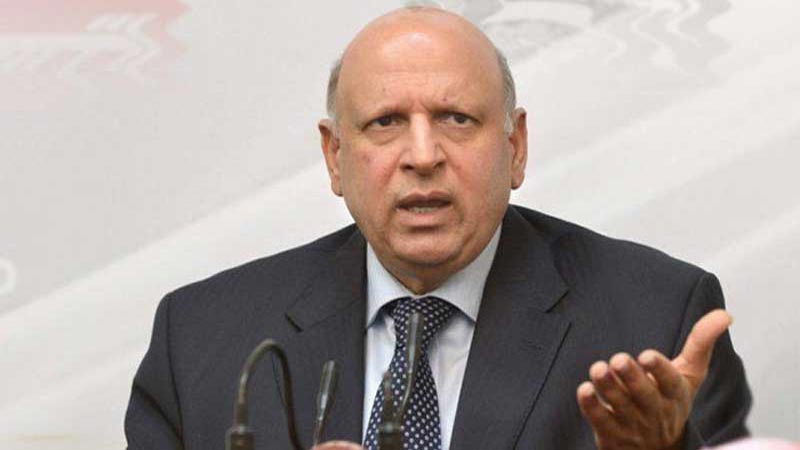 Punjab Governor Chaudhry Mohammad Sarwar has reprimanded bureaucrats for putting roadblocks in the way of Aab-e-Pak Authority that was created to provide safe drinking water to people at their doorsteps.

The governor said the bureaucrats should mend their ways or he would be compelled to expose them in front of their nation next Wednesday. He regretted that some bureaucrats had become so senseless that they had no guilt even if children of a lesser God would die while drinking unsafe water. The governor said that he could no more make lame excuses for delay in providing safe drinking water to people and warned that “enough is enough”. The governor was talking to media persons after inaugurating water filtration plant installed by the Sarwar Foundation at Deputy Commissioner, Lahore, office on Tuesday.

Sarwar Foundation Vice-Chairperson Begum Perveen Sarwar and district administration officials were also present on the occasion. Chaudhry Sarwar said it was his life-long dream and objective to provide clean and safe drinking water to people in Punjab as well as in other provinces. The governor said that he was working on the Aab-e-Pak Authority project for the past one-and-a-half-year since Prime Minister Imran Khan directed him to lead the project and ensure provision of safe drinking water to people across Punjab.

Chaudhry Sarwar said that he was committed to provide the basic human necessity to all people in the province but some black sheep in the bureaucracy were trying to create hurdles in providing clean drinking water to people. “Some bureaucrats think that they will not let the Aab-e-Pak Authority function, even if poor people continue dying for want of safe drinking water,” he observed. He regretted that the procedural snags had almost wasted two long years to keep the authority limping otherwise some 20 million people would now be able to switch to save and clean drinking water. “I will hold a meeting with the bureaucrats concerned in a few days to come and if their stubbornness continued, expose them in a press conference next Wednesday,” the governor asserted.

Chaudhry Sarwar said that he felt pain, when he was reported that children of poor people were dying in hospitals due to water-borne diseases but bureaucrats were not moved even a bit. He explained that Aab-e-Pak Authority’s file was moving from one office to another and facing road-blocks at almost every office. He said bureaucrats should show some mercy towards poor and vulnerable masses and let people get safe drinking water and live healthy. “I myself and the Aab-e-Pak Authority’s board will soon apprise Prime Minister Imran Khan about the ground realities,” he warned and stressed that it was high time people should get safe drinking water.