‘Ertugrul Ghazi’ — in which women are shown to be brave, intelligent and graceful

“Ertugrul Ghazi” is a Turkish Show that is dubbed in Urdu and is broadcasted on PTV (Pakistan Television Limited) since 1st Ramazan (25th April,2020). It’s a popular Turkish historic fictional series that is based on the life of Ertugrul Ghazi, who was the father of the first Ottoman Sultan (Osman I), who was the founder of the dynasty that ruled the world for nearly six centuries.

I would say it’s a breath of fresh air after seeing and lauding fake heroes for only being entertainers. A show that depicts that at so many moments in our lives, faith in the Almighty Allah is enough to get us through our hard times.

In a world where we’ve glorified superheroes for their powers which don’t exist in the real world, we see both men and women, working together for the better and depicting their strength through their faith. We see how faith can move mountains.

This show takes its viewers on a journey of spirituality as well. There are characters like Ibn Arabi(a real Muslim scholar of the time) who makes Ertugrul feel better when he feels helpless in times of hardship. At several occasions he reminds him of the light at the end of the tunnel, and that Allah never leaves His people alone, we just need to be patient. Ibn Arabi’s wisdom remains instrumental throughout the series and is a source of enlightenment for the viewers. 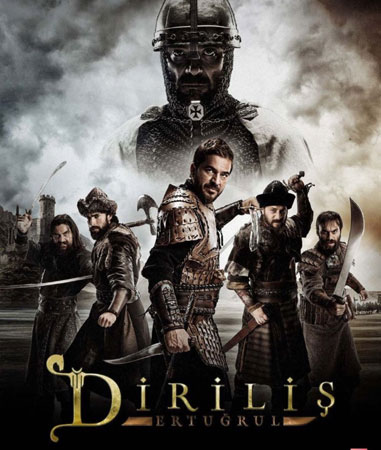 We see how Muslims were a brotherhood, not divided by illogical and irrelevant issues which plague our society today.

Instead of focusing on themes such as materialism, money and superficiality, fortunately this show sheds light on themes like Faith in Allah, Unity, raising your voice for the innocent and the less fortunate. The characters in the show also display great ethics and etiquettes of the elders. Also, how the elders are strong and just, such as Suleyman Shah and his wife Hayme Hatun. Following are few of my favourite quotes from the show: “Feeling sorry for tyrants, is equivalent to cruelty for the innocent.” – Ertugrul “There is no sword better than Zulfiqar, and no warrior better than Ali(RA).”- Ertugrul “Even if the whole world is against you, you must have the faith that Allah is with you.” – Ertugrul

“The world is like a school. Each of us is tested separately and our only teacher is God.” – Ibn Arabi

“If you trust in God and make Him your companion, then all your paths will become easy and safe.” – Ibn Arabi

It may not be the first, but after years we got to see a show depicting true Muslim Heroes (both Male and Female).

Ertugrul Ghazi also explores how True Muslims are. They don’t only practice Islam just the way it pleases them, rather they display it in every act they do; be it speaking the truth, saving the lives of innocent people, or showing the right path (the path of Allah) to each other. They also practice brotherhood the way Islam guides us to do so. The characters in the show, are shown to be just.

In this show, we see how women are protected, taken care of (in the light of Islam) by their families and when needed, the same women also know how to draw their swords before their enemies. They are shown to be brave, intelligent and graceful women.

As far as the good and bad are concerned, both good and bad exist in all times. Evil exists so that we can appreciate the good which would otherwise be taken for granted. And the only way to get rid of the bad is to practice doing good, having a clear intention and helping your people move forward.

The show is a source of inspiration for the Youth of Pakistan and Muslims around the world. Hats off to TRT1 for creating this masterpiece. And much appreciation to PTV for broadcasting it!

The writer is a student and a published author. She tweets at @moosa_11 and can be reached at haneenmoosa@gmail.com