Why 18th Amendment and 7th NFC Award under threat?

On April 26, a private TV news channel aired the breaking news that the federal government has decided to revisit the 7th National Finance Commission (NFC) Award and the 18th Amendment. In the same news item, they claimed the federal government had contacted several political parties, including PML-N, the PPP and other smaller parties for the key changes in the NFC Award and the 18th Amendment and many had given the positive signals. The media outlets keep spreading rumours like that but this news got more credence when Federal Minister for Planning and Development Asad Umar said in one of his TV interviews that there were some flaws left in the 18th Amendment and Pakistan Tehreek-i-Insaf (PTI) MNA Faizullah Kamoka told the media that the provinces had failed to deliver after devolution of powers under the 18th amendment. 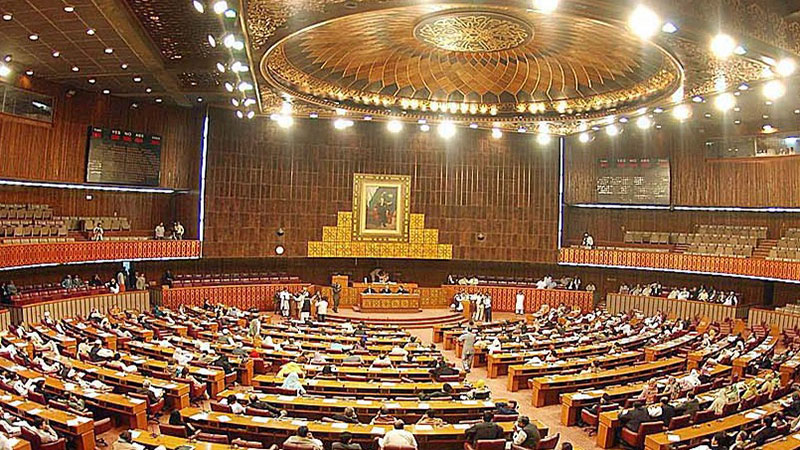 The current threat to the 18th amendment and the 7th NFC award is linked with the situation that has emerged in the wake of the differences over lockdown between the Imran Khan-led federal government at the centre and the provincial government of Murad Ali Shah in Sindh province. Using the provincial autonomy achieved through 18th amendment, the Sindh government announced a province-wide lockdown for 15 days to contain the spread of coronavirus on March 21, 2020 while the same day Prime Minister Imran Khan in his address to the nation opposed the lockdown and requested people to stay at home and observe ‘self-quarantine’. The refusal of the Sindh government to toe the line of the central government in dealing with the COVID-19 threat is now apparently being used as a pretext against the 18th amendment.

But this is not the first time that the 18th amendment has come under attack during now almost two years old rule of the PTI. With the installation of the PTI government on August 18, 2018, rumours and fears about undoing the 18th amendment rose high, as it was believed that he was brought into power by the support of same powerful ‘state elite’ that has been opposing the 18th amendment since its inception in 2010. Some of the actions and statements of the ministers of the new government and judgements of the Supreme Court of Pakistan gave more credence to such fears and apprehensions. The Lahore High Court struck down the devolution of Shaikh Zaid hospital to the Punjab government, while the Supreme Court of Pakistan delivered the management of three Karachi hospitals, Jinnah Postgraduate Medical Centre, National Institute of Cardio Vascular Diseases and National Institute of Child Health back to the centre, despite the fact that the health department had been transferred to the provinces under the 18th amendment.

In the context of political and constitutional history of Pakistan, the 18th amendment and the 7th NFC award were something very unusual; as throughout last 70 years centralizing tendencies dominated the political and constitutional developments in Pakistan. Both, the 7th NFC award and the 18th constitutional amendment were a result of the environment of political consensus that had prevailed at that point among the ‘political elite’ of Pakistan. The ‘political elite’ of that phase included all parliamentary parties, especially the ruling PPP, the main opposition party PML-N, the PML-Q, regional political parties like the Awami National Party, the Pakhtunkhwa Milli Awami Party, the Muttahida Qaumi Movement-Pakistan and religious parties like Jamiat Ulema-i-Islam (Fazalur Rahman group) and the Jamaat-i-Islami. But Pakistan’s all-powerful ‘state elite’ which is often termed as the ‘establishment’ in Pakistan did not like those changes as it was not taken onboard while making those changes.

The military-led Pakistani ‘state elite’ seems to have even bigger issues with the 7th NFC Award specially with its vertical distribution which provided 57.5 percent to the provinces and that cannot be constitutionally reduced in future under Article 160 (3A). They consider it a matter of ‘national security’ as it leaves not enough resources at the hands of the federal government which is responsible for the defence of the country. For incoming 8th NFC award, the federal government believes the share of provinces should be reduced because what federal government gets is not enough to meet the increasing expenditure on debt servicing, defence, and maintaining law and order.

Most of the opposition parties, specially the PPP, believe the ‘state elite’ is bent upon undoing the 18th amendment and the 7th NFC award. Former president of Pakistan and co-chairman PPP Asif Ali Zardari even claimed in past that his party was being pressurised to accept the repeal of the 18th amendment and that the corruption cases which he was facing in Pakistani courts should be seen as part of the pressure tactics to make him bow before such demands. The federal government has time and again clarified that they have no plans for repealing the 18th amendment but certain things keep on appearing with intervals which raise genuine doubts about this.

Like in March/April 2019, suddenly a hot debate started initially in the electronic media which is considered close to the ‘establishment’, and then taken over by important federal ministers, including the federal law minister, Farugh Naseem, for changing the parliamentary form of government to the presidential system. Such a hype was created that everyone believed Prime Minister Imran Khan was seriously contemplating about introducing the presidential system until in a media talk the prime minister himself clarified he had no idea about it and questioned the journalists from where exactly all that news they were receiving.

Apparently, there is a little connection between the 18th amendment and the introduction of the presidential system, but the way debate was being played out in all media and political circles created doubts. That might have been an aborted attempt by the ‘state elite’ to renegotiate the whole structure of the 1973 Constitution which would automatically do away with the changes made by the 18th amendment and the 7th NFC award. It is obvious that on provincial autonomy, 18th amendment and vertical fiscal distribution ‘state elite’ wants a major cut which the opposition led ‘political elite’ is not willing to concede.

Pakistani federalism finds itself at the crossroads in current situation. The federalism in Pakistan has evolved and strengthened itself over last seventy years from a highly centralised federal structure to a more decentralized federal system with a better mechanism of fiscal federalism provided to the federating units. But that new structure is fragile and is under threat from the all-powerful ‘state elite’. Only time will tell how this tension between ‘state elite’ and the opposition led ‘political elite’ regarding the 18th amendment and the 7th NFC award plays out and how would this settle down.

The writer is an assistant professor at National Institute of Pakistan Studies, Quaid-i-Azam University, Islamabad, and he has a PhD in Peace Studies from the University of Bradford, UK