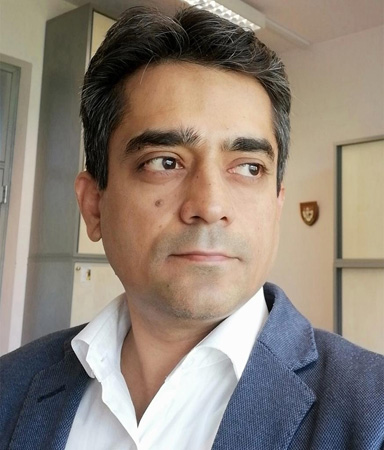 After years of rather stable and predictable growth of telecommunications and software systems, the last decade has witnessed a tremendous shift towards unpredictable and disruptive innovations in every field of life. Today, we are experiencing the true social, political, financial and cultural effects of what is termed as globalization, deregulation, liberalization and convergence. Some major factors influencing this change are proliferation of mobile devices, ubiquitous wireless access to internet and increasing interventions of online or internet-driven technologies. The Covid-19 crisis is acting as a catalyst to this transformation, with every individual and organization trying to adapt to digital means of running social and business affairs.

While this digital transformation is inevitable, it is imperative that we, as a nation, equip ourselves to handle the negative implications of external influence caused by foreign dependencies and non-regulatory nature of the new information ecosystem. Major communication networks, especially the telephone companies have traditionally been state-owned, while conventional media also conforms to a national guideline. The modern ICT-driven mass communication systems, especially social media services, have an unprecedented positive impact on society and foster inclusion at an epic scale. Yet, most of these are dominated and operated by foreign platforms and hence hard to be brought under state regulations and policies, especially in third world countries.

This recent shift of data concentration from governments to corporations such as Google/Alphabet, Facebook, Amazon and Twitter has raised serious concerns and controversies of unparalleled, epic proportions, involving some of the most influential countries. Cambridge Analytica scandal, Wikileaks, expose’ of Edward Snowden and alleged Russian involvement in the last US general elections are a few such examples where corporations operating social media have proved to be more influential than the so called super powers of today. By providing exciting new ways to interact, these social media services beguile masses to share their very personal information that is otherwise very hard to collect.

This personal information includes details about who we are, what we do, who we know and in many cases, our location and movement patterns to name a few. These mega-corporations know more about their users than their own family and friends do, and so the extent to which this data can be used is immeasurable. Advertising is one such use-case that these corporations publicly admit to, while there are many other revenue streams that the gathered user data brings for these hyper-scale companies; most of these constitute the ‘Unicorn’ category. Drifting the public opinion through induced propaganda and mass deception as well as selling user data to intelligence agencies are a few of those digital crimes being committed covertly.

Following figure shows the concentration of digital economies based on data driven digital platforms. It shows the importance of ability to access, store and process data is essential for capturing global share of digital economy. Currently there is a great imbalance where companies based in North America dominate the landscape while China is catching up with its progressive platforms.

To cope with this immense challenge, there are two different approaches. One is to establish alternative platforms providing services similar to these international platforms. This model has been adopted by China, a country with large scale state-owned enterprises having the requisite financial muscle to operate parallel services ecosystem, lenient copyright regulations within the country, a population of over a billion people and government’s capability to exercise its authority at such a national scale. The other approach is more common among democracies, especially European states where data protection policies such as GDPR have been implemented to protect their citizens’ information to a reasonable extent, at the same time, compelling these international platforms to comply in order to offer their services within their territories.

Given the current industry dynamics such as maturity and penetration of popular social platforms, Pakistan is more suited to adopt the latter approach, i.e. data localization with strict protection policies. This approach will at one hand enable the masses to continue sharing their preferred social platforms with the rest of the world, while mitigating the risks associated with foreign corporations unreasonably controlling our data.

The localization of data greatly depends on data regulation laws that a country has put in place. Unfortunately, many of the developing countries lack the necessary applications of user data protection and privacy laws. There is a greater need to carefully negotiate cross border exchange of data in various use cases. It is the need of the hour, that policy makers at national level consider data a commodity and prepare plans to manage, use and capitalize on public data. In modern knowledge economies, this benefit is achieved by building data-driven ICT services accustomed to the explicit needs of a country’s key GDP sectors. The lack of control over citizen data within a country results in the state’s inability to reap full benefits of knowledge economy, typically fueled by technologies like Artificial Intelligence (AI) and big data, mostly generated by users.

More recently, government of Pakistan has started many ambitious digitization and ICT enabling programs where modern technologies such as artificial intelligence, Internet of Things (IoT), robotics, blockchain etc. will be used for enhancing production and efficiencies in major GDP composition sectors of agriculture, industry and services. Furthermore, national telecom organizations in public and private sectors have reasonable datacenters, rolling out infrastructure and platform cloud services. While these programs are a much-needed move towards the reforms, next step will be to roll out indigenous software services solutions to cater for the local needs. Having this capability provides the nation with next level of sovereignty in modern digital age.

Among the organizations that can be pivotal towards making this transformation goal a reality, COMSATS is the one that can provide a practical and solid platform to deliberate on matters related to national and international data regulations. The Commission on Science and Technology for Sustainable Development in the South, being an intergovernmental cooperation organization mandated by 27 member states for synergizing development activities in science and technology domain, has always remained instrumental in suggesting and launching advance transformative ICT solutions to accelerate the implementation of sustainable development goals in Pakistan. Being a pioneer Internet Service Provider of Pakistan operating since 1996, operational footprint in 19 cities, and a long history of promoting indigenous ICT solutions and provision of secure data services to public and private sectors, COMSATS has the requisite mix of competence, international influence and infrastructure to lead such an initiative at a national scale.