World is still under the severe surge of unexpected conspicuous discovery and spread of the pandemic coronavirus continuously erupting across the globe. So far, nobody in medical science could ever track how it erupted. There are different theories about its existence. One such theory doing the rounds is that it was generated in some remote country and spread in Wuhan, China.

Here, it is not the issue of spreading of coronavirus as the people on social media have been discussing such pandemic diseases of past centuries like 1720, 1820, 1920 with various titles and now in 2020s. It might be a co-incidence.

Above all, COVID-19 is a real threat to mankind and all we are supposed to handle it without any blame-game. For such pandemics developed countries are in a position to support their infected patients by providing isolation, medical kits and medicines besides handsome financial support in cordoned off areas. Unlike that, developing countries are badly affected and are looking for foreign aids, relaxation in foreign debts installments and medical supports. 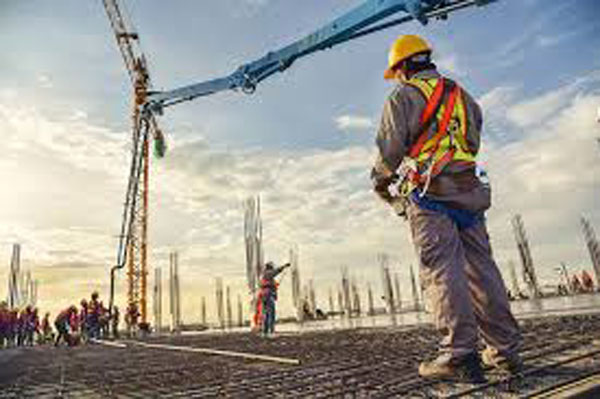 I personally favour not a complete lockdown. While doing errands, I found needy people (technicians, labours, plumbers, electricians) sitting outside closed shops/plazas waiting for miracle of short jobs/odd jobs. A person who has no cash in bank and has no saving at home will never sit and wait for ration for kids; he will never be afraid of the virus(s) whatsoever is it. Prime Minister Imran Khan has rightly shown leniency towards lockdown calling for safer and moderate ways for the ease of downtrodden people across the country, like daily wagers which are about seven million. I have no idea how much out of seven million have been reached so far.

A major announcement made by our Prime Minister Imran Khan is about the opening of construction industry which is not an easy task. The sector involves millions of people, several government departments, transport systems, to be shares by labours, plumbers, technicians, builders, management of builders and availability of construction material ie, cement, sand and much more of it. Moreover, public transport is required for labourer and staff travelling in Gilgit-Balochistan, Punjab and Sindh.

Transport needs clear roads to travel between places, and Pakistan Railways too need to make safe arrangements for safe journey. On top of all factories producing raw and finished materials other than cement, steel and crush are numerous which may need more time to mobilize and spread products in entire country.

Similarly, the government must order builders that do not start construction work till they do not provide necessary facilities like a medical camp, sanitizations at a single entry for entire labour and all executives entering project areas

Unlike Pakistan, Bangladesh announced financial support/loans in the very beginning of lockdown for the owners of factories so that they keep labourers on payroll and intact. Moreover, in Pakistan people surviving on small industries have been ignored completely. Some important areas are managing cottage industry near major cities like Gujranwala, Sialkot Gujrat, Lala Musa and Wazirabad may be few more in southern Punjab, like Multan, Rahim Yar Khan, Bahawalpur etc. Instead of giving them rations, provide them with small loans, may be through SMEDA, because originally they are interwoven part of main industrial network

What can be the future of near-finished construction projects using imported materials from Italy, Turkey, Spain, or Europe, in general? Lack of imported materials which were in use before the pandemic, is now blocked because of containers’ movement. This thereby means dispute may occur for projects stopped at mid of work and are sold already. Before going ahead for construction, the government should set SoPs for projects. Similarly, the government of Pakistan must order builders that do not start construction work at site till they do not provide necessary and basic facilities like a small medical camp, sanitizations at single entry for entire labour and all executives entering project areas.

A detailed exercise is required on how projects of new era can equate already pending projects whose prices have been signed? After decrease in oil prices, I guess prices/fares will fall. What about projects which were signed on higher rates? It seems that intricate exercises are to be carried out before builders, and clients. There are numerous items in the shape of labourers, materials, management, transportation and re-settlement after reduction of prices because of revision of interest rates by banks because all unexpected unrest in Industry may open a difficult outbreak.

Moreover, what about foreign-funding projects running in many places? Who will work out their fluctuation in prices? After the launch of start of construction, the government must establish pros and cons through to scrutinize changed parameters as was done at the time of earthquake in 2005.

Here, I request all political parties, social media cells, intellectuals and scholars to join hands with competent agencies to help country to grow a strong construction industry once and for all. A strong and prosperous Pakistan is the future of future generations and future governments. Let us join hands in these difficult times.

It is observed here in my country, despite of clear orders of maintaining social distances, people don’t bother them while buying food items for their beloved ones confined at home. People even face humiliation at check points, which authorities are asking to maintain. How can people be stopped from going to banks and grocery shops in cities? How many people are aware of using online banking and online purchase in our system?

The writer is Lahore-based senior journalist and In Charge of Readers’ Column, Daily Times