The crocodile dilemma is a paradox of logic which has me contemplated over the current incongruous state of our government. The proposition states that a crocodile, who has abducted a child, will only return the child to its parents if and only if they can envisage what the crocodile will do next. This paradox truly embodies the current state of our country where the ‘parents’ are symbolized as the whole nation and the ‘crocodile’ in this scenario is the government. With the decision of opening the tertiary sector and the construction sector amidst the rather perpetual pandemic, Pakistan has entered a paradoxical limbo. The nation still cannot predict what is next to be expected. 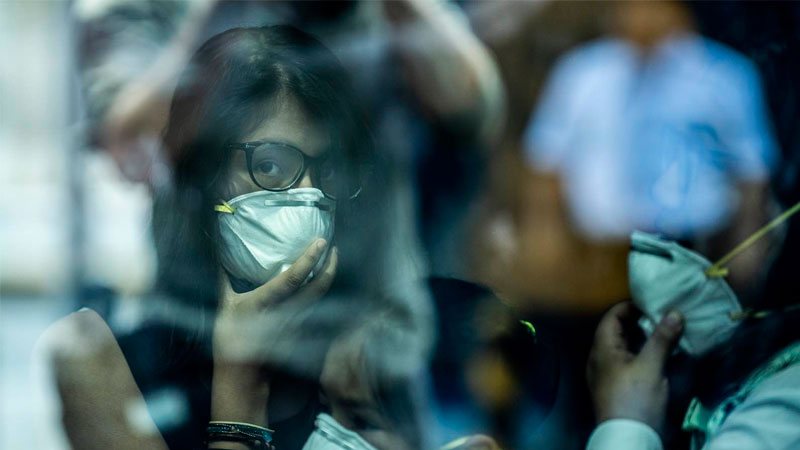 With a rather vague nod at opening the construction sector without laying down a proper contingency plan, the country is going to have a lot of cases of coronavirus infections. Although an ordinance to combat the coronavirus has been announced, there are still loopholes. We still don’t have a consistent shelter-in-place policy nationally; there are too many exceptions allowed in different cities and provinces. We haven’t normalized things like wearing masks outside. We need infrastructure for testing in real time. We need real contact tracing that uses technology so that you can do it very rapidly. Getting the ball rolling on, this is our utmost priority. So a question arises in my mind – if we restart the economy step by step, not at once, would that mean deciding whether a work place can do social distancing safely? The amount of knowledge regarding such issues is very scarce among a number of workers working on construction sites. Will they be able to safely maintain a minimum six feet distance from each other? Are they adept with such knowledge and who will provide them with these safety measures during work? These are the questions Imran Khan should try to answer before restarting the economy.

With a rather vague nod at opening the construction sector without laying down a proper contingency plan, the country is going to have a lot of cases of coronavirus infections

Moreover, the pandemic also leaves us bewildered in another paradox – the odd paradox of “tradeoffs”. Even now we’re making trade-offs. We should be more honest about it. Many of the folks we call essential are low-wage workers, and we depend on them to keep grocery stores and pharmacies open. To a degree, the decisions about reopening in the future are about whether we’re comfortable with the professional classes becoming part of the trade-off by going back to their offices. And the pandemic highlights the divide between workers with paid sick leave and without. Although it is highly necessary to open the work sector, the politics encompassing the coronavirus have left many in a precarious state, where conflict arises when talking about the future of the country. It is a fact that the presence of livelihood does kill people but so does the presence of an incurable disease. We again have ventured into the realm of another paradox here. It is true that poor people, on average, die younger than well-off people. However, their death rate has not precisely tracked the unemployment rate. It is the long term decline in jobs for people without a bachelor’s degree that has increased mortality among working-class people, by leading to drug overdose, suicide and alcoholism-related deaths. This is a process that has been going on for 50 years, since the 1970s. That said, we also found something counterintuitive – fewer people die during recessions than in boom times. During boom times, more people die in motor-vehicle accidents and on construction sites. There’s more pollution, which is bad for infants and young children. And the elderly get less care. It’s hard to predict the future based on the 20th century. But fewer people died during the Great Depression in the 1930s than during the boom years of the 1920s. And during the Great Recession of 2008-9, a third of the people in Spain and Greece were unemployed, but their mortality rates fell.

Some of the things that reduce mortality are happening in this recession, one being less pollution, which protects children, and another being fewer motor-vehicle accidents. COVID-19 is larger than someone dying from the use of alcohol or drugs. There are a number of suicide and murder cases in Pakistan every year. Pit that against how many lives we can save by keeping social distancing longer, and we can weigh in favor of social distancing. With COVID-19, remember, even though 80 percent of the deaths are people over 65, if you’ve got a large number of deaths, there are still going to be a large number of people in the prime of life, age 30 to 59, who die.

Let us be clear: the kind of shift to reopening we’re talking about can happen only once we have a lot of other infrastructure that makes the public-health side of the equation work well. So that’s the way Imran Khan should plan this out because if in June we’re in the same place we are today, we will not be able to get testing, do contact tracing, and put that infrastructure in place. If Prime Minister Imran Khan doesn’t address poverty before restarting economy, we cannot stop the virus, and we cannot reopen the economy.

The writer is an independent writer and author based in Islamabad. He can be reached at salismalik619@gmail.com