Human Rights should not be undermined amidst Covid-19

In the wake of the rapidly increasing Covid-19 pandemic, governments across the world are racing to adopt schemes and patterns, aiming for adoption of new surveillance in sheer violation of international human rights. The schemes that have been adopted in some countries are tracing of mobile data location, green light tracking operation system, and other emerging schemes. However, international human rights provide some leeway to states to adopt surveillance measures in the rarest of rare circumstances such as the prevailing Covid-19 pandemic that has spread to almost 198 countries of the world. 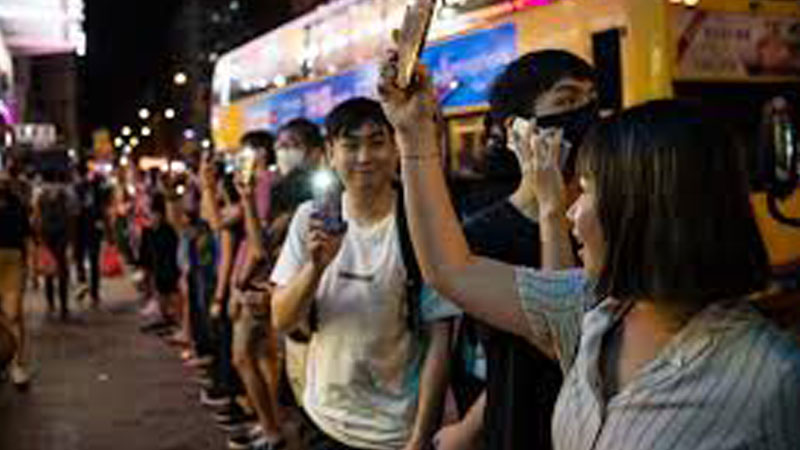 In the advanced democracies such measures should preferably be checked: whether the introduced measures are necessary to be introduced or not. The world after the Second World War based its foundation on the right to privacy, and basic human rights to all in every circumstance; however, the recent pandemic may dismantle the foundation stone of the world that was laid down decades ago. That is to be done to contain Covid-19. Across the globe, the advanced democracies have reached a point that any surveillance measures that are to be introduced would only be considered after seeking approval from health agencies and health experts. Only then those measures would be considered legitimate for containing of Covid-19.

Recently, it has surfaced that South Korea has comparatively managed to contain the rapid spreading of Covid-19. To achieve that, its Infectious Disease Control and Prevention Act (IDCPA) allows authorities to tap into broad surveillance powers, raising questions about epidemiological necessity and proportionality. Under that Act, the authorities were allowed to tap into calls, tracing of mobile data, and security cameras visuals to monitor movements of its citizens without any court orders. It was all done to contain Covid-19 in the country.

Ideally, data that has been collected needs to be destroyed by IDCPA without any delay when the relevant tasks have been completed. The government of South Korea went beyond international human rights exceptions by sharing information of gender, age, and sexual orientation. Tracing of data from credit cards of its citizens goes beyond surveillance measures legally and morally.

Surveillance measures were also introduced in Israel where the caretaker government unilaterally introduced measures for the so-called containing of Covid-19. The government allowed police and law enforcing agencies to secretly check people’s smartphones sensitive metadata without prior approval from parliament. The high court intervened and disallowed police from secretly checking people’s smartphone sensitive metadata until enactment of legislation. Now the legislation has been introduced that allows police to check data of smartphones.

In Poland, people are directed by their government to fill an application titled “Home Quarantine” to prove that they are fulfilling isolation measures introduced by the government to stop the spreading of Covid-19. It was recently reported in the Wired that “users first upload a profile image and are then sent periodic requests to upload a ‘selfie’ for authorities. The app pulls a geolocation stamp from the selfie to confirm the time it was taken while using facial recognition to match the image to the user’s original picture.”

Governments in emergency situations do not miss a chance of introducing surveillance related measures, even in advanced democracies, to collect personal information and data without any prior notice. In prevailing circumstances, most governments have been tracing and collecting personal data and information in the name of combating Covid-19.

In Pakistan, government must end programmes and schemes that are introduced in the name of containing the coronavirus after flattening the curve. Personal information that has been gathered by government must be destroyed immediately after the ending of Covid-19. Pakistan already has a weak human rights related record, and this time, in the name of Covid-19, our country ought not to commit any moral wrong. Countries where surveillance measures have been introduced shall stop them in the case of flattening the curve of Covid-19.

The writer is a Lahore-based advocate