It is never too late!

A financial crisis, better called financial tsunami, is looming! These are the words no one in the financial world likes to hear but it is a simple and plain truth. 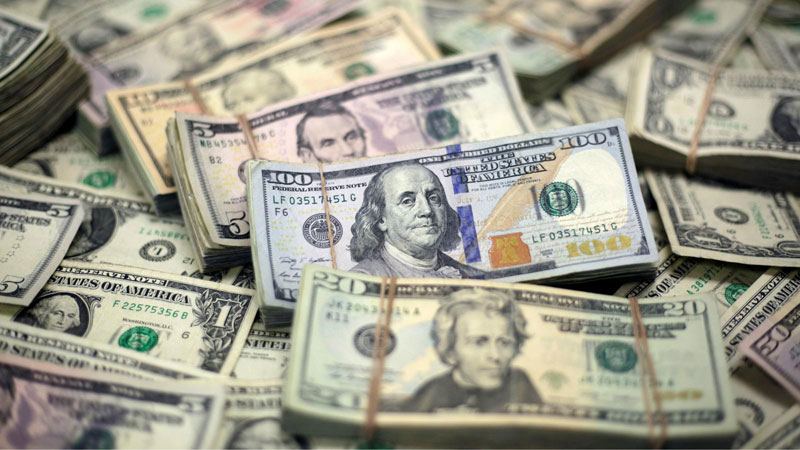 Is there a way out? The answer is yes!

But will we adopt it? This is a separate question of debate at all.

I want to present insight analysis of data of the past and on that basis try to pin point the solutions of the problem we are going to face on macro level.

In recessions since 1947, everyone in the world felt the heat but fortunately enough Pakistan remained safe from the global waves of economic turmoil. No doubt, we are a very small economy as compared to the US, the UK, the EU and other big players in the market but at least we are larger than Greece who remained unable to pay $1.7 billion to the IMF and claimed sovereign default. Before going further we must keep a thing in mind about debt. You can’t get out of vicious cycle of debt overnight. There is no magic wound for this purpose. Historically speaking, King Philip, of Spain, claimed sovereign defaulted on not one, not two, for four times – 1557, 1560, 1557, and 1596. There are many occasions when nations defaulted and received more loans to pay off debt and kept on doing this single easy solution to pass on problems to next generations. Slavery of today is not men chained but nations enslaved under debt they know they can’t pay. Pakistan’s external debt in 2024 will be Rs 18,770 billion and internal debt in 2024 will be Rs 26,803 billion which totals Rs 45,573 billion. According to officials, this will be accumulating approximately 66% of our total GDP.

Before discussing Pakistan, let us see how much global currencies have depreciated against gold since 1900. Historic data shows that dollar, mark, yen, pound, and euro, all currencies have lost 97-99% of value against gold. In last 20 years alone, they range from 72% Switzerland to Argentina & Venezuela 99.99%. On average, these are around 80% to 85% depreciating. When we compare gold price with currencies these are the numbers we get. In 1971 one ounce of gold was $ 35, which increased to $ 288 in 2000 and $ 1535.90 in 2020. For the same periods GBP was 15 to 1 in 1971, it increased to GBP 177 to 1 in 2000 and GBP 1368.13 in 2020. JPY, AUD, CAD, SEK, EUR are of no exception. Up to 100% is the ultimate target! When it will happen? Some say two years and other say three, but I think it has just begun. Though we in Pakistan have at least two to three years at max but this is the last and final chance of survival we have before going to sovereign default. Though we are on a ventilator but the real thing concerns me as a common Pakistani that we are not doing enough. We must act before it is too late.

One solution for Pakistan is in the reformation of State Bank of Pakistan.

Printing money and devaluing is not the way out right now

On 30 December 1948, the British Governments Commission distributed Bank of India’s reserves between Pakistan and India where 30% of 750 million Kg gold came to Pakistan whereas the losses incurred in the transition to independence were taken from Pakistan’s share accumulating total of 230 million KG leaving Pakistan with 520 million kg. Though, today we don’t know the actual gold reserves Pakistan has in actual, which is a very good strategy to keep secrets hidden from enemies of Pakistan’s eyes but I hope that they have increased with the passage of time. Keeping conspiracy theories aside, in May 1948, Father of Nation the Quaid-i-Azam took steps towards the central bank to secure and safeguard the money system in Pakistan and State Bank of Pakistan commenced operations on June 1 1948. Under the State bank of Pakistan Order 1948, the State Bank of Pakistan was charged with the duty of “regulate the issue of bank notes and keeping of reserves with a view to securing monetary stability in Pakistan and generally to operate the currency and credit system of the country to its advantage”.

This is my humble submission that all other irrelevant duties and works the State Bank of Pakistan has been indulged in, must be revoked. All amendments, including State Bank of Pakistan Act 1956, February 1994 financial sector reforms which granted full autonomy over country’s productive resources, 1997 three amendment made in State Bank of Pakistan Act 1956, Banking Companies Ordinance 1962, and Banks Nationalization Act 1974, which granted full and exclusive authority to the state bank to regulate banking sector, to conduct independent monetary policy, and to set limit on government borrowing from the state bank of Pakistan – all these changes should be revoked. I may have sounded like crazy to you, but I have come to the conclusion that these powers have made a bunch of opportunists mess the system. Read State Bank of Pakistan Act of 1948 duty statement again. Dose it suggest and explain what state bank is doing today? Laws must be made once after deep thought and never to be changed secretly. Ambiguities must be lifted and opportunities be presented to all on equal basis. Look at the 20 year price hike in gold to Pakistani rupees price, the increase of 20 years is only 11 rupees which is only 19% with no circular debt at all, and growth rate of double digit. I strongly believe that these amendments and increased areas of work of the central bank dragged it off course and now it has been lost in the ever growing web of debt and mismanagement. There is a whole bunch of institutions for every specific work done by the State Bank of Pakistan. Overlapping of areas of works has brought us a failing system. Amendments and laws were made on the wishes of international institutions to get more and more control over circulating money within the country as well as asset mobilization abroad. Who controls the money controls the government; and whosoever controls the administration, controls the country. We must come out of it once and for all. I think making systems simple and easy will ease out the working of the most important institution of Pakistan, as well as enhancing its professional capability to the maximum.

Pakistan is our country, and this is our right to decide what the way forward is for us, and not of the IMF, World Bank, ADB, or any other institution, domestic or foreign. We don’t need large sums of money to take on high interest rates. We have to come out of this mess. Printing money and devaluing is not the way out right now. We have to take these three most important actions immediately if we really want to come out of this economic mess – one, gold standard for printing the money instead of floating dollar; two, interest free economy, and three, sending State Bank of Pakistan to 1948 position of professionalism and truthfulness.

The writer is a top notch investigative journalist who recognizes the gimmicks of international politics. He can be reached at hmmy786@gmail.com