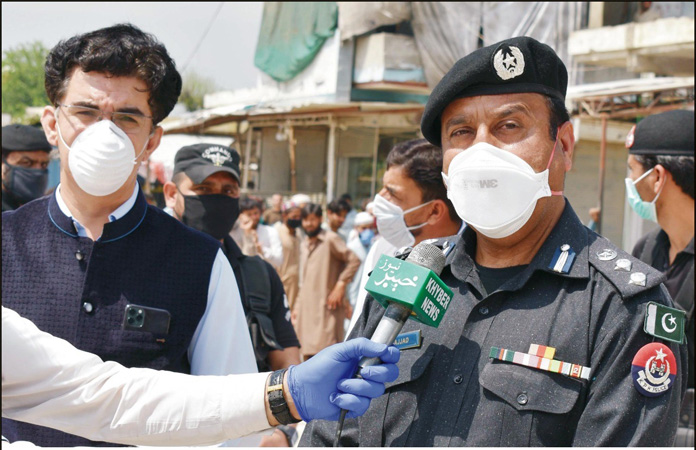 Police in Mardan district on Thursday withdrew around 200 personnel from Mangah union council, where a single person had spread coronavirus to several villages through social gatherings unknowingly.

District Police Officer Sajjad Khan told media that they had deployed 250 policemen to completely lock down the union council on March 19.

“Today we are de-sealing Mangah except for a few houses where some positive cases exist,” the chief of the Mardan police, Sajjad Khan, flanked by Deputy Commissioner Abid Wazir, told the media.

Coronavirus spread in Mangah, home to a population of about 57,000, after one Saadat Khan returned from Saudi Arabia and people later arranged lunch and other ceremonies for him.

He also said that during the emergency, the police prepared own personal protective equipment including surgical gowns at the police lines, and scanning system was put in place at police lines so all the cops entering the premises were screened at the main gate.

Mangah area mostly is home to labourers and most of them appreciated the de-sealing of their area because of reduction in the corona cases.