Democracy no longer ends with a bang – in a revolution or military coup – but with a whimper: the slow, steady weakening of critical institutions, like the judiciary and the press, and the gradual erosion of long-standing political and democratic norms and freedom. In the present time, elected autocrats maintain a coating of democracy while filtering its substance. Since the end of the cold war, most democratic breakdowns have been caused not by generals and soldiers but by elected governments themselves.

The overwhelming majority of social and political analysts altercate that Mr Trump is a threat to American democracy, his supporters tend us to believe us otherwise. Nobody is exiled from American soils for dissenting with the supreme leader. With the repressive policies in place still the congress, media and courts continue functioning at their fullest. All true, yet it offers insufficient solace given the historical experience of how countries throughout the world lost their democratic and constitutional freedom. Substantially more typical is for these aspiring autocrats is to wrangle on the basics of the liberal democracy – judicial independence, freedom of the press, minority rights, an apolitical civil service and so on – while keeping up their veneer.

Regrettably, with the rise of populism, this sort of democratic abrasion is promptly becoming a standard across the world. The “Freedom in the World 2020” survey, released in the first week of March, quite aptly paints the dismal picture of this prevalent democratic conundrum. The report expounds that 2019 saw the 14th year in a row of political crumbling, with around 64 countries losing their liberties, whilst only 37 registering an improvement in democratic freedom for their common citizenry. According to the report, with the Chinese Communist Party’s ongoing campaign of cultural annihilation in Xinjiang, China is experiencing terrible repression from those at the helm of affairs. This is not unusual as such tactics are pretty much on the cards with a communist regime, however, what is dampening is to peruse that during the previous year, “twenty-five of the world’s forty-one established democracies experienced net deficits of freedom”. 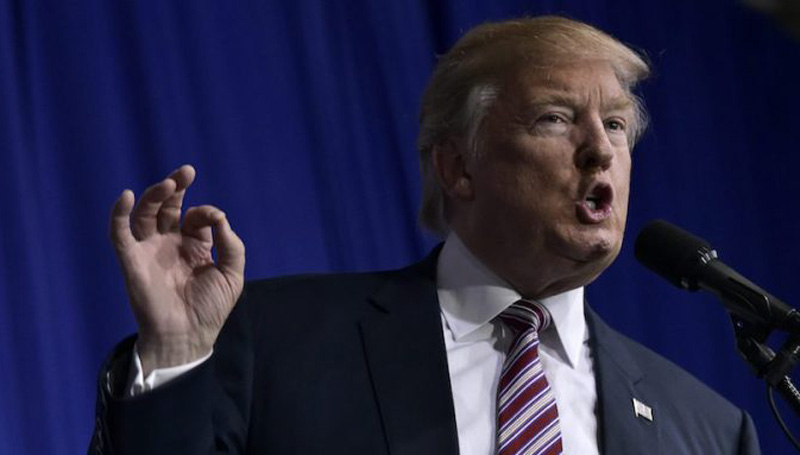 In our national context, despite the progressive recent developments, the report ranks Pakistan at a relatively low score of 38 out of a scale of 100 with 16 points out of 50 in political freedom and 22 points out of 50 in civil liberties. This is a pretty much low score given the fact that much emphasis has been laid on the establishment of a democratic culture during the last decade. The same report awards Norway, Finland, and Sweden a maximum of 100 points as the citizens of these Nordic countries enjoy full liberties and rights to transcend their life under the offshoot of an established democracy. There exist a plethora of reasons for this abysmally low score in Pakistan, for example, the fundamental right bestowed to the citizens of Pakistan through the 1973 Constitution Article 19 “Freedom of Speech, Freedom of Expression & Freedom of Press” is much often curtailed by the democratic leaders assuming office in the country. By a mile, the “Right to Information” under Article 19-A is very often abrogated by the sitting governments in the name of National security. Needless to recall that, the Foreign Minister of Pakistan was criticized in “Global Freedom of Media Conference 2019” in London by a Canadian social activist for censorship of his Twitter account in the country. The recent arrest of prominent media tycoon “Mir Shakil ur Rehman” remains another attempt to silence the vibrant media and sabotage the freedom of the press. The report states Pakistan as “Partially Free” whilst the same report states war mongering India as “Free” with a cumulative score of 71, despite the prevalent “Fascist” regime of Narendra Modi and unprecedented atrocities inflicted on minorities in recent times. There is much that still needs to be done at grass root level for ensuring the democratic & political freedom and civil liberties of the common man in Pakistan.

According to the commentary annexed with the report, the largest democracy in the world “India” befalls the most exceedingly terrible wrongdoer when it comes to democratic rights and political liberties. The most recent anti-Muslim pogroms in New Delhi – which ruthlessly murdered forty-six innocent people and were conducted with the connivance of senior police officers – are gloomily emblematic of the country’s illiberal direction under Prime Minister Narendra Modi and his Hindu nationalist party, the Bharatiya Janata Party (BJP). The recently enacted Citizenship Amendment Act 2019 which excludes Muslim asylum seekers from neighboring countries and proof of citizenship requirement is the final nail in the coffin for the so-called secular state of India. As Freedom House noted, “While India continued earning a free rating and conducted successful elections last spring, the BJP has distanced itself from the country’s founding commitments to pluralism and individual rights, without which democracy cannot long survive.”

The most prominent proponent of democratic liberties, the United States has surprisingly collapsed eight points in Freedom House’s 100 point scale since 2009. With a cumulative score of 86, the country now ranks below others like Greece, Slovakia, Italy, and Mauritius. The report brings up some disturbing patterns generally, which incorporate an ongoing decline in fair and equal treatment of refugees and asylum seekers, Trump’s assertion of “a national emergency to redirect Defense Department funds to the construction of a wall along the southern border with Mexico,” his endeavor to “extract a personal political favor from Ukrainian President Volodymyr Zelensky,” and his orders to “current and former officials to defy all congressional subpoenas for the document and testimony about the matter.” This is just a slight piece of Trump’s endeavors to undermine balanced governance, which incorporates a continuous cleanse of authorities considered swindlers to Trumpism, outright political impedance with the administration of justice, and pointless slander suits against The Post and the New York Times planned to silence critics.

Fortunately, as there is nothing inescapable about democracy’s triumph, so too there is nothing unavoidable about its imminent destruction. As Freedom House takes note “The mass protests that developed or persisted in 2019, in each area of the world serve as a stark reminder that the widespread longing for justice, equity, and freedom from oppression can never be doused.” Through the lens of history, Pakistan is a democratic country that was founded after years of democratic struggle by a democratic party (Muslim League) under the leadership of a staunch democrat Quaid-e-Azam Muhammad Ali Jinnah. Although formed on democratic principles, the subject of democracy has undoubtedly remained Achilles heels for the country. Certain recent developments inclusive of the third successful transition of power, independent judiciary, free elections and improving civil-military relations remain an augur that the key factors that fortify democratic culture are now discernible over the national horizon. To improve this low score, the country needs to ensure freedom of the press which is the fourth pillar of state and ensure the provision of basic rights of freedom as enshrined in the Constitution of 1973 to the common citizenry. On a global scale, to forestall further disintegration of freedom, it is fundamental to promptly expel anti-democratic autocrats from power. While this may ordinarily require a democratic revolution in many developed countries, Pakistan can do it just by meaningfully improving governance, political and social stability and ensuring meritocracy in all the affairs. If we invariably fail to promptly seize this rare opportunity, the erosion of our democracy will only accelerate.

The writer is a qualified chartered accountant working in the public sector of Pakistan. He can be reached out at arsyed09@gmail.com