Our Poor “Ease of Living” Indicators

Globally, cities are considered “economic powerhouses” as they contribute almost 80 per cent to the world GDP. 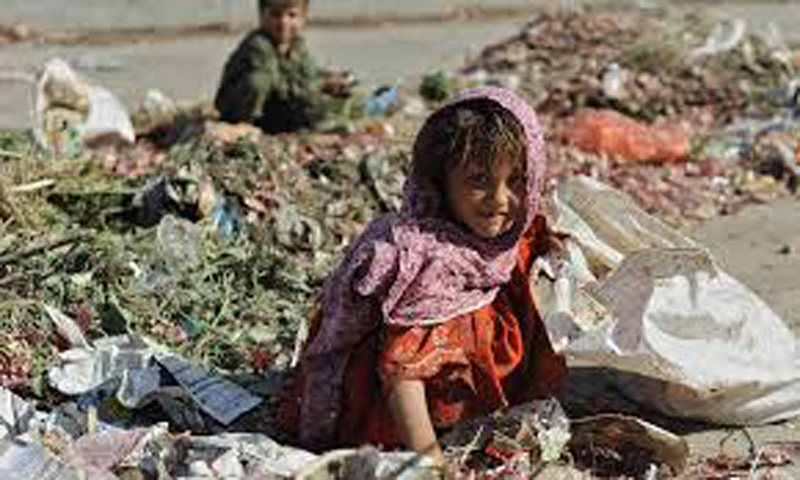 To be economically productive and competitive, a city must first be advantageous, vibrant, efficient, inclusive and livable. We frequently listen to the “Ease of Doing Business” mantra but hardly think of “Ease of Living” parameters for our cities. Only a healthy, sound and happy society can be economically and socially productive. Do we have any of our cities on global livable/competitive cities rankings? There must be a plethora of reasons to justify the lag but poor urban management and the resultant sprawl surpass everything else. The sprawl is cursed for leaving cities resource-starved and unliveable on the account of environmental adversities owning to the outrageous car use. Besides large tracts of arable land are being urbanised and left barren/unutilised for years while burying billions of rupees of poor man’s lifetime savings.

In our cities, this sprawl can easily be characterised by large chunks of five and 10 marlas “kothis” sited 20 to 30 kilometres away from the city core; needlessly wider roads; impulse shops; no workplaces; being disconnected from any public-transit node and nill space for worker’s housing. Every sprawl resident is coerced to waste between four and five productive hours for their daily car commutes; inhale poisonous air and detach from the active social life. Above all, a sprawl is where a land developer can easily reap 500 per cent of profits within a couple of weeks by acquiring raw land costing Rs 30,000 per marla and selling it away for half a million rupees. Thanks to our pro-sprawl urban regulations!

The suburban sprawl is highly discredited globally for turning cities unsustainable due to its relentless land consumption, high GHG emissions owing to longer car-based commuting and many others, ensuing social costs. Most of our large and intermediate cities present highly unsustainable spatial growth scenarios. Their spatial footprints are growing at far higher than their population growth rates. For instance, Lahore’s population growth rate was 3.03 per cent per annum during the last decade whereas the spatial footprint grew at a rate of 7.09 per cent per annum. The gross density has also declined to 15k from 19k persons per sq km over the same period. The city’s North-to-South stretch has extended to 46 kilometres. Lahore, once a city of gardens, has now less than five per cent green footprint. Notably, 60 per cent of Lahore’s current spatial footprint is sprawl (most housing schemes emerged over the past 25 years) with a density of fewer than 3,000 persons/sq km while housing only 1.5 million people. The remaining 9.5 million people have 40 per cent of the land area while sharing it with government complexes, huge fortified enclaves with colonial mansions for bureaucracy inter-alia, golf courses, elite colleges, polo grounds and lavish clubhouses. These are not meant for common people.

Only a healthy, sound and happy society can be economically and socially productive

Our urban planning, management and development regimes have been designed to take care of cars and the sprawl. Billions of rupees (mostly borrowed) have been invested in Lahore’s roller-coaster drives; mass transit systems, signal-free corridors to take everyone to the heavenly sprawling suburbs. Two heavily subsidised mass transit systems were built to please blue-collar voters and earn political sublime. That was even fine if authorities would have able to think of the more productive and tax-paying white-collar fraction of the society still forced to use cars to work and back. Lahore has experienced the worst PM2.5 levels in recent years (exceeding 500 ?g/m3). Some naïve experts on social media blame neighbouring countries and the poor quality of gasoline fuel for this bleak situation. Behold folks: these are not them; these are us, who are harming our children while living in the sprawl and using cars unreasonably. Each of us produces 1.3 tonnes of CO? every year through the unwise use of personal vehicles. And above all, somehow, we also do not raise voice for the provision of walking infrastructure integrated with a holistic, decent and inclusive public transport system in our cities.

Bogotá, Curitiba, Medellín and Barcelona are good examples of urban transformation in the last couple of years while turning these cities into largely walking and cycle-friendly. Dhaka has turned its downtown car-free. San Francisco has banned personal cars on its busiest Market Street. Mayor of Paris, while running for reelection, has made a public promise to turn Paris into a place where everyone would be able to reach their work within a 15-minute bike ride. Such cities are only possible with denser, mixed-use development. Eminent economist, Dr Nadeem ul Haq, and I have been pleading the same for many years on social media, in the public sector and academic discussions.

Many thanks to the PM Imran Khan for making a vision statement in 2019; aiming to turn our cities denser, walkable and mixed-use while going vertical. The LDA recently revisited its building regulations to align them with PM’s Vision, but the revised version (notified in November 2019) still appears to have gaps, such as putting many discretionary sanctions for plan approval and only selective lot sizes/precincts are allowed to go high. Further, multiple parallel control tools are put in place to deal with building heights and bulk instead of using FAR alone. Regulations seem framed without any City Vision and respect for citizen’s aspirations on how they would like to see their city in the future. Even no one visualises how the city will look like after 10 years down the future. Existing residential structures are still not allowed to add more rental floors. Regulations speak nothing on mixed land-use class. TOD planning around mass transit corridors is also missing. Varying setbacks on the same road seem unrealistic and will eventually mar the urban form. Regulations need to have an urban design, urban regeneration, and architectural design standards as well.

Recently, a consultative session was held under the chairmanship of Dr Salman Shah (Advisor to the CM Punjab) to review the LDAs Building Regulations 2019. High-rises were opposed on the premises of interfering with citizen’s social privacy, lack of infrastructure (including road widths and services) and car parking provisions. Come on, folks! Manhattan and Central London have roads no wider than Lahore; sewerage is the only service underneath roads, telecom has gone wireless, and for social and cultural facets, one must go and visit the walled city and surroundings to understand how communities, households, and individuals can still respect each other’s privacy while living vertically in mixed-use buildings. Let’s forget the cars and focus to build inclusive and sustainable mobility options. The real challenge for city authorities is to divert capital from profit enticed plot making to vertical construction and how LDA will be able to do that when they are developing the largest sprawl in Lahore. All in the bureaucracy and professional circles have their distinctive ways of doing cities, but we need to understand that city planning and design is a very specialised domain, let the relevant professionals lead the process and yes, obviously the approach should be inclusive and holistic.

The writer is an urban development professional with a vast background in public and private-sector practice. He holds a BSc in Urban Planning and MPhil in Environmental Policy & Planning with over 27 Years of public, private and donor sector consulting experience