The world’s foremost nurse Florence Nightingale knew it all. Ordained by her inner voice to serve humanity, she was hard on herself as she went about creating what the modern world now calls the nursing profession. Transformational leadership has never been easy She is on record as having said, “There is no part of my life, upon which I can look back without pain.” She advised all to live their lives while they have it as it was a splendid gift and there was nothing small in it. Having said this, she hastened to counsel, “But to live your life, you must discipline it.” A lesser known fact is that she is also known as the Lady with the Data as she described statistics as a means to understand God’s thoughts, which needed to be studied as the measure of His purpose. Thus she not only pioneered nursing but statistics as well. 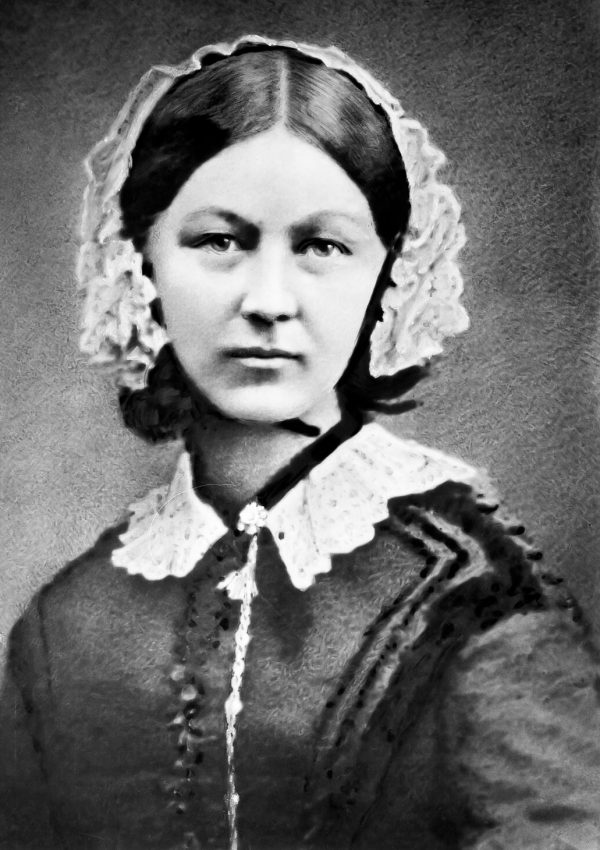 The mother of all her revelations, however, came in 1870 when Ms. Nightingale predicted that it would take 150 years before the world would achieve the kind of nursing she envisioned. A hundred and fifty years later, it therefore became incumbent upon the World Health Organization, the United Nations Population Fund and several international professional organizations to designate and celebrate 2020 as the International Year of the Nurse and the Midwife.  Thus the World Health Day 2020 falling on April 7 that marks the 72nd birthday of the World Health Organization is being used to celebrate the work of nurses and midwives and remind world leaders of the critical role they play in keeping the world healthy. 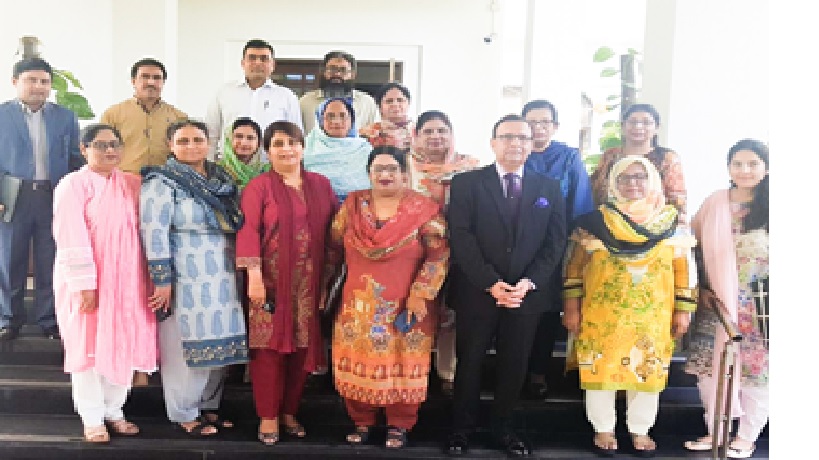 The honest truth is that Florence Nightingale could not have been more correct in her analysis concerning 2020.  As I write, the coronavirus COVID-19 has affected over 900,000 persons directly and caused over 44,000 deaths in over 200 countries and territories around the world, with nurses and other health workers being at the forefront of COVID-19 response, either directly providing treatment and care, leading community dialogues to address fears or collecting data for clinical studies. As WHO itself recognizes, without nurses there would have been no response.

It therefore remains for the national governments to strengthen their nursing and midwifery workforce in a bid to ensure that everyone, everywhere gets the healthcare they need. Such a move will also be of essence in achieving national and global targets related to universal health coverage, maternal and child health, infectious and non-communicable diseases including mental health and the delivery of integrated people-centered care. 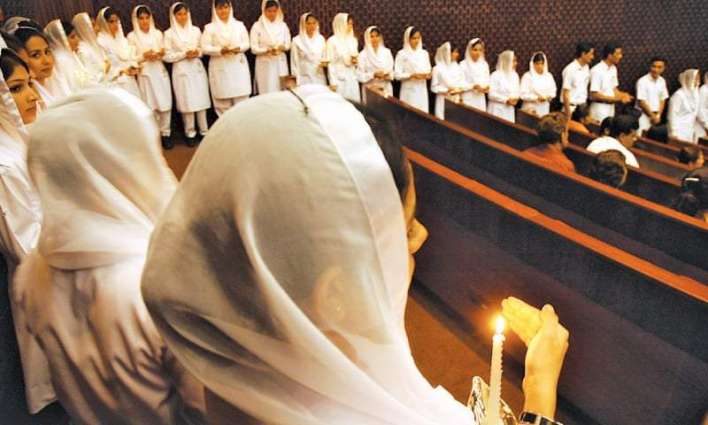 In WHO’s Eastern Mediterranean Region that comprises of 22 countries including Pakistan, progress in strengthening the nursing workforce has been slow despite ongoing efforts to address the challenges facing nursing and midwifery, with most countries struggling with insufficient investment in recruiting, training and retention of nurses, poor working conditions, and increased migration with high attrition rates. In October 2019, the WHO Regional Committee guided by its dynamic Regional Adviser Dr Arwa Oweis resolved to develop and implement national strategies and action plans to strengthen the nursing and midwifery workforce, enhance working environments through well-defined standards of nursing practice, strengthen the primary health care nursing workforce by defining and expanding nurses’ roles and scopes of practice, reorient nursing and midwifery education and training, emphasizing primary care competencies  and collect data on the nursing and midwifery workforce, for strategic planning, policy development and management. 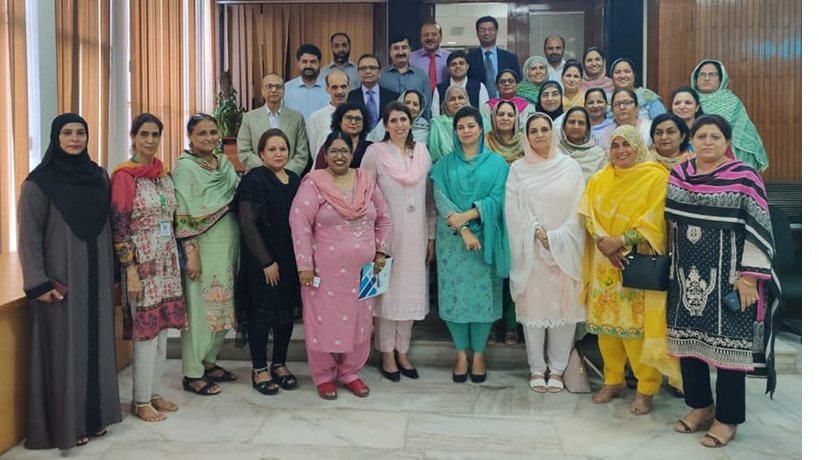 In Pakistan, there is apparently a growing commitment towards this end that needs to be capitalized by all public health professionals. The last year 2019 started with a Presidential Summit on Nursing and Midwifery where President Dr Arif Alvi declared the 2019 as the Year for nursing and midwifery in Pakistan with the presence of WHO Director General Director-General WHO, Dr Tedros Adhanom Ghebreyesus to highlight the significant role played by these virtuous professions. The President also announced launch of the ‘Nursing Now’ chapter of Pakistan, which aims to raise the status and profile of nursing in the country. The President significantly announced that nursing diplomas would be replaced with degree programmes and to double the nursing and midwifery professionals over the next five years in Pakistan. On the occasion, Dr Ghebreyesus described nurses and midwives as the backbone of any health system. He called upon Pakistan to foster a policy dialogue around investment in the nursing and midwifery workforce as a means of strengthening people-centered care, creating quality employment opportunities for women and youth and achieving universal health coverage. He stressed that the Government of Pakistan must see jobs for nurses and midwives not as a cost, but as an investment in sustainable development, while their voices deserved to be heard at the policymaking table. 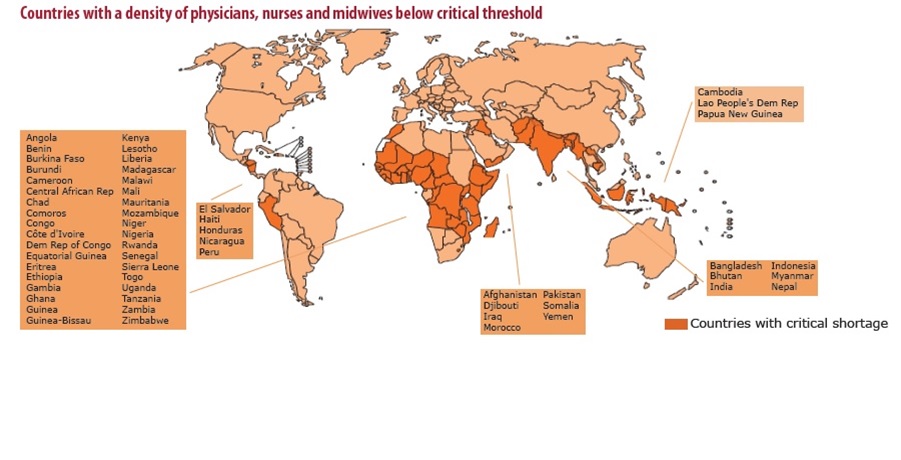 Meanwhile, let us pause and reflect on the exact prevailing situation on the ground:

Despite these significant lapses, until quite recently policymakers in Pakistan have never made a serious attempt to effectively address the problems faced by nurses and midwives in the country. This obviously constituted an emergency situation and special measures need to be put in place to review the entire system of nursing and align it with the requirements of not only the SDGs but the entire public health system. While this situation is obviously not tenable for good service delivery, be it for maternal and child health, treatment of chronic diseases or infectious diseases or preventive healthcare, few efforts have been made to rectify the situation.

It is pertinent to mention that despite this general indifference, the government has remained cognizant of the crucial role of nurses within the Health Sector. Pakistan hosted a high level global consultation on nursing and midwifery led by the Federal Minister for Health in March 2007. The Islamabad Declaration issued at the end of the consultation reiterated our belief that efficient, effective nursing and midwifery services were critical to achieving the global targets and country priority programs including primary health care, health systems strengthening, and the general health of all nations. It called for universal access to competent nurses and midwives alongside a coordinated, integrated, collaborative, sustainable approach to planning, policy and health care delivery to strengthen nursing and midwifery services, with an urgent focus on scaling up nursing and midwifery capacity, a skill mix of existing and new cadres of workers with positive workplace environments. The declaration also enunciated principles for scaling up nursing and midwifery capacity through a range of strategies that address workforce planning, education, skill-mix, maximum utilization of roles, career frameworks, work environments and regulatory frameworks to ensure efficient, effective, and safe health systems. However, despite this important affirmation, little has transpired in the intervening years to ameliorate the shortage of nurses or facilitate their work in the workplace.

The present government has finally underlined to take up this challenge and attempted to resolve this major issue under scientific lines, on the recommendations of the Health Task Force. Following the Nursing and Midwifery Summit in the Presidency on January 8, 2019, a review meeting of the Pakistan Nursing Council held the next day drew up a workable roadmap to implement all the necessary steps to bring about a significant transformation of the Nursing and Midwifery Sub-Sector. The meeting decided to phase out the nursing diploma to be replaced with upgradation to BScN/BScM, with simultaneous upgrading of existing institutions to enable the same, making regulations at federal and provincial level to facilitate the change, establishment of nursing structure cadres with proper standardized job descriptions, enhancing the faculty, capacity and strength of the Colleges and Schools of Nursing, delegating certain powers to lower tiers to substantially reduce the workload of the PNC.

Subsequently, a PC-I was prepared at a cost of nearly PKR 28 billion incorporating all the steps necessary for concretizing the governmental commitment. The salient features of the project include a number of interventions to be taken on several fronts to mitigate the shortages of nurses and midwives across the country through an accelerated education program achieved through an innovative public-private partnership. The rapid scaling-up strategy will entail quality education, workforce planning, education, improved career structures and working with stringent monitoring and regulation. All the existing 47 and 65 others to be upgraded as degree Public sector institutions will receive a grant of PKR 15 million to upgrade their Skill lab, Science lab, computer lab, audio visual equipment, Anatomy/physiology lab and Library. The newly upgraded institutes will also receive a grant of PKR 30 million for building of classrooms/ auditorium.  Grant of scholarships (2,555 [Generic BSN] + 770 [Post-RN BSN] + 1,625 [new Generic BScN] annually) enrolled throughout the course of the 5-year project in public sector colleges at PKR 25,000/month/student. These scholarships will be utilised towards their tuition fees and other miscellaneous expenses such as lodging, boarding, uniforms, mess, and subsistence allowance of the students. Placement of 1 MScN international facility in each existing and upgraded public sector institute doing degree programs will be instrumental in faculty development. Grants of PKR 15 million will be provided to each of the 30 public health schools for LHVs/Midwives to be upgraded for their Skill lab, Science lab, computer lab, audio visual equipment, Anatomy/physiology lab and Library. Two PhD international faculty will be provided in the Khyber Medical University Peshawar, University of Health Sciences Lahore, Dow University of Health Sciences Karachi and Jinnah Sindh Medical University Karachi which will offer Masters courses in Nursing/Midwifery. 95 students admitted on open merit enrolled throughout the course of the MSN program in private sector colleges will be paid at PKR 30,000/month/student. Similar incentives will be provided to private sector institutions as well on a lesser scale.

There will be an emphasis on the quality dimension to ensure improved skills and training in the degree programs. The curricula for Bachelors program in Midwifery will be designed to be implemented by the public health schools located in provincial headquarters. Nursing and midwifery will be promoted as a preferred career and public opinion will be mobilized to highlight the nobility of the cadre for both women and men, and generally uplift these professions from their present unenviable position.  The Regulation Cell in the Ministry of National Health Services, Regulation and Coordination and the Pakistan Nursing Council which will jointly supervise the project implementation and the necessary procurements, will be strengthened by provision of a few support staff.

The PC-I has been approved by the Central Development Working Party a few months ago and is awaiting the final approval of the Executive Committee of the National Economic Council after certain cost sharing issues are resolved between the federal and provincial governments. The share of each province will not be that substantial considering they are already providing stipends to the diploma students of the courses being phased out in addition to bearing several other expenses in relation to nursing and midwifery training. The federal and provincial implementation plans have also been developed after deliberations with the provincial authorities by underlining the immediate and short-term actions to be action.

Pakistan thus stands poised at a point where it can radically transform the doctor-nurse ratio over a period of five years and accelerate its march towards Universal Health Coverage by 2030. If, however, this opportunity is missed due to any reason, the costs will be heavy both in financial and human terms. This well-thought-out process has simply to be taken to its logical conclusion will all the pain, suffering and discipline alluded to by Florence Nightingale a century and a half ago. Moreover, in doing so we will rectify the injustice meted out to this crucial sub-sector over several decades. No other action or short term quick fix can transform Pakistan’s Health Sector so radically and significantly as this one. So, let’s do it!

The writer is a senior public health specialist of Pakistan and can be reached at gnkaziumkc@gmail.com