The economic fallout and invisible hand of market forces

We all are living in strange times as according to Yuval Noah Harari in his book ‘Sapiens’ wrote that many short-term emergency measures become a fixture for life because the risk of doing nothing becomes bigger in crisis -like- situation; decisions which could take years of deliberation are then made promptly in few hours keeping in view desperate times call for desperate measures.

The world has come to a stand-still due to the outbreak of coronavirus. The economic consequences are going to get manifold with the passage of time in case the deleterious effects of the pandemic are not controlled. It takes us back to year 1918 when similar effects were witnessed in the US due to the spread of pandemic Spanish flu. The current scenario also harkens us back to 1930s when there was great depression and the economies of the US and European countries plunged into deep recession which led to abrupt rise in unemployment levels. In Pakistan it has been for the first time witnessed in history that due to the spread of this deadly virus and its looming threat, the economic activity has been brought to a halt.

The world over has never seen such drastic effects on global economy due to the spread of disease. Financial markets have slowed due to the capital outflow; production of multinational companies have reduced; people are becoming unemployed; poverty levels have risen due to the decrease of their real income; tourism activities have been curtailed; exports have decreased; flights operations have been cancelled and overall the free flow of goods and services led to overall drastic cut in GDP growth rates. Due to the drastic cut in economic activity the size of global economy has shrink and eventually its spillover effects on developing countries like Pakistan is likely to aggravate if the situation further worsen. 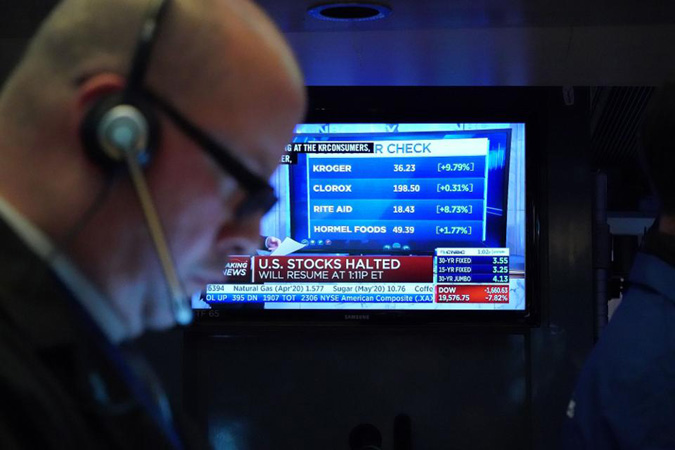 Pakistan is a developing country and its exports primarily comprising of agricultural and textile products. With the pandemic has taken its toll over the entire global economy, the situation is likely to result in decrease of exports for Pakistan. However, it will be offset by the decrease of oil price which at present, is at its lowest ebb in the past 30 years. The decrease in petroleum products’ price is likely to save the cost for Pakistan’s oil import bill. The government has taken a good step by decreasing the petrol prices by Rs 15 per litre to ameliorate the woes of common man in the ongoing turbulent situation. However it has kept the interest rates high at 11 percent. Although the government has cut the interest rates from 13.25 percent to 12.5 percent and then recently further brought down to 11 percent, the economic experts say that interest rates in Pakistan are one of the highest in the world. Contrary to this, in other countries like the US and European countries the interest rates have been drastically cut to zero percent in order to keep the cost of capital low in this recessionary period in order to boost demand. Keeping interest rates as much low as possible is essential due to the economic slowdown and hence it has become indispensable to keep the cost of doing business low. The government of Pakistan also needs to heed attention towards its monetary policy and bring interest rates to zero percent keeping in view the economic losses suffered by the big businesses and small medium enterprises. It is further notable that at present government is giving finance at a 7 percent markup to those entrepreneurs who want to start new business enterprises whereas the already established businesses are being granted finance at higher interest rates at 11 percent which is a poor policy. The government at present is only keen to attract hot money in its treasury bills to keep the currency afloat and reduce its current account deficit level. It is not bothered about to pay attention to the woes of local businessman who is aggrieved by the high interest rates and further bogged down by the high import duties. By reducing the interest rates it would not only help the local entrepreneur but the government would also save its interest payment cost. At present most of the credit – approximately more than seventy percent – has been taken by the government and by reducing the interest rate, government would be saving its interest payment cost.

The government should give a stimulus in the economy by not only reducing the interest rates to zero percent but also by reducing import duties on the imports. Furthermore, the government’s department Federal Board of Revenue, has got hold over the sales tax refunds of business enterprises which it must pay back immediately as a relief. At present there is a lack of liquidity and hence in this hour of need the government needs to give stimulus to businesses so that liquidity is injected. Farmers should be given cheaper credit and fertilizers at reduced prices.

People who are likely to suffer the most are the daily wagers who are likely to be laid off if businesses are not doing well and their going concern is being jeopardized. Hence the government should identify the people who are living below poverty levels so that they are given financial support through either income support programmes or Employees Old Age Benefits Institution (EOBI). In this respect, the federal government must co-ordinate with provincial governments to launch income support programmes for the poor working class and clamp down upon the hoarders who are responsible for causing shortages in basic food items. It was the slogan of the present government before the elections that it will play an instrumental role in framing such policies that would reduce the disparity between rich and poor in order to make Pakistan prosper and a welfare republic. Hence the state must fulfill its constitutional responsibility by acting promptly, rather leaving it to the invisible hand of market forces.

The writer is a human rights activist, lawyer and teacher.