The legacy of the Islamic Revolution in Iran 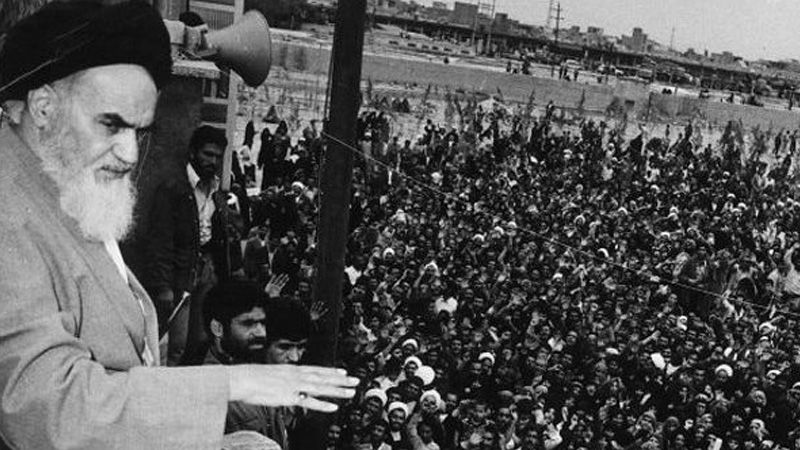 Revolution in Iran encompasses several dimensions. During Shah’s government, the US had replaced Britain as the dominant Western power and Iran had turned into a cornerstone of the US’s security strategy to protect Western interests across the Mideast. The US built its Mideast policy around Iran and Shah. Shah proved to be the anchor of the US posture in the Persian Gulf. Millions of dollars, in the form of arms and economic aid from the US, flowed into Shah’s Iran.

Therefore, Tehran-Washington’s cooperation witnessed a boom. From 1953 to 1956, the US provided Iran with military and economic aid worth $414 million. With that came thousands of civilian and uniformed Americans–a development resented by the Iranians. The US embassy in Tehran became as important a centre of power as the Shah’s court. Khomeini deplored the over-dependence of Iran on the US. Moreover, Khomeini, being the towering scholar, had contempt for the monarchy. In his work, “Hukumat-e Islam,” Khomeini tackled the subjects of the monarchy; declaring that monarchy ran counter to the injunctions of Islam. These factors led Khomeini to come up with the idea of dethroning Shah.

Following the revolution, everything in Iran changed its course. The institution of the Islamic Republic in Iran transformed the nation’s economy, internal politics and society with its impacts resonating beyond its borders to reconfigure the regional landscape, the geostrategic balance in the Mideast. Islamic Revolution turned Iran from pro-American to anti-American. The US and Iran, once allied, became anti-allies following the revolution. The revolution took the US by surprise. To its anguish, this ruptured the base of its strategy in the Mideast. After the establishment of Israel, the US’s anti-Soviet policy had rested on three pillars: Saudi Arabia, Iran and Israel.

Tehran considers Israel, not only a contender for regional influence but an extension of the US to suppress the Palestinians

Previously, Iran and Saudi Arabia, despite their periodic differences, shared the same US’s security umbrella. However, post-revolution Iran turned into the anti-camp of the US, Saudi Arabia and Israel. The Islamic Revolution led to the cultivation of proxy militant forces in other countries, most notably Hezbollah in Lebanon, and conflicts with Gulf Arab monarchies like Saudi Arabia, which feared upheavals among their minority Shia populations.

“The emergence of Hezbollah in Lebanon, the morale boost provided to Shia forces in Iraq, the regional cold war against Saudi Arabia and Israel, lending an Islamic flavour to the anti-imperialist, anti-American sentiment in the Mideast, and inadvertently widening the Sunni-Shia cleavage, are for me the most important by-products of the Iranian revolution,” said Mehrzad Boroujerdi, professor of political science at Syracuse University, when asked for the top five geopolitical events set off by the Iranian revolution.

Islamic Revolution also soured the pleasant equation between Ayatollah and Saddam Hussein. The Grand Ayatollah and Saddam had allied together in dethroning Shah. During the times of Khomeini’s exile, the Iraqi intelligence services had helped him run a clandestine subversion operation from Najaf against the Shah. However, with the developments of the Revolution, Saddam alienated Khomeini. The new regime in Iran didn’t share good ties with Iraq and aimed at toppling Saddam and disseminating the Revolution in Iraq. Moreover, the Ba’athist leader in Iraq didn’t fancy the Khomeini‘s takeover of Iran. Hence, these developments led to the outbreak of the Iraq-Iran war. In this war, the US lent a helping hand to Iraq; giving several billion dollars aid.

The Islamic Republic of Iran emerged as a great challenge to Israel. Tehran considers Israel, not only a contender for regional influence but an extension of the US to suppress the Palestinians. For the post-revolutionary Iran, Israel is a central focus of ideological and religious-infused bitterness. In this respect, Tehran’s foreign investment in Lebanon (in the form of Hezbollah) turned out to be effective. At the time being, Hezbollah is a powerful entity in Lebanon. Hezbollah proved to be the cat’s paw for Iran against Israel.

“Iran’s creation of Hezbollah in Lebanon altered Lebanese politics forever, and opened a second front against Israeli ambitions, which had not been imagined,” said New-York-based journalist Hooman Majd. Now, no country poses a threat to Israel as does the Islamic Republic of Iran. Iran’s nuclear program appears to Israel to be a significant threat since it could shift the balance of power from Israel.

The Islamic Revolution altered the course of Saudi-Iran links. Where the US lost its ally after the revolution, Saudi Arabia found its regional opponent (Iran). The adversary between Iran and Saudi Arabia instigated proxy wars in the region. Yemen, Syria, Iraq, and Lebanon are the battlegrounds of the Saudi-Iran proxy wars. The proxy wars between these two countries aimed at the dissemination of their respective injunctions of the Sunni and Shiite sects. Pakistan also bore the brunt of the Saudi-Iran proxy war since it possesses the population of both Shiite and Sunni sects up to a considerable extent.

Two developments–the torpedoing of the Joint Comprehensive Plan of Action (in May 2018) and the killing of IRGC Commander Qassem Soleimani (in January 2020)–have turned things further sour. Sanctions on Iran, the proxy war between Iran and Saudi Arabia, civil war in Syria and the US influence in the region has made the Mideast vulnerable to instability. Regional cooperation is the only way to ensure peace in the Mideast. Otherwise, prevailing peace will be a distant dream for the region.