The Financial Action Task Force (FATF) is a global money laundering and terrorist financing watchdog. It has nine associate members and the Asia Pacific Group (APG) is one of them. Pakistan is the member of APG because of this membership it is bound to comply with the group recommendations. Pakistan was placed on the grey list for the first time in 2012 and remained there till 2015. Since June 2018, Pakistan has been on the grey list. In this regard, the FATF gave 27 points agenda to Pakistan for countering money laundering and terrorist financing to avoid being blacklisted. The basic theme of this 27 points agenda revolves around high level political commitment sought from Pakistan to work with the theFATF and the AGP. While working with them it has to strengthen its Anti-Money Laundering (AML) and the Countering Financing of Terrorism (CFT) regime and address its strategic counter-terrorism financing-deficiencies within various fields. With regard to commitment and progress over the recommendations given by the FATF, the government of Pakistan, as a result of restless efforts and struggle, has been successful in fulfilling the fourteen points out of 27 point agenda. 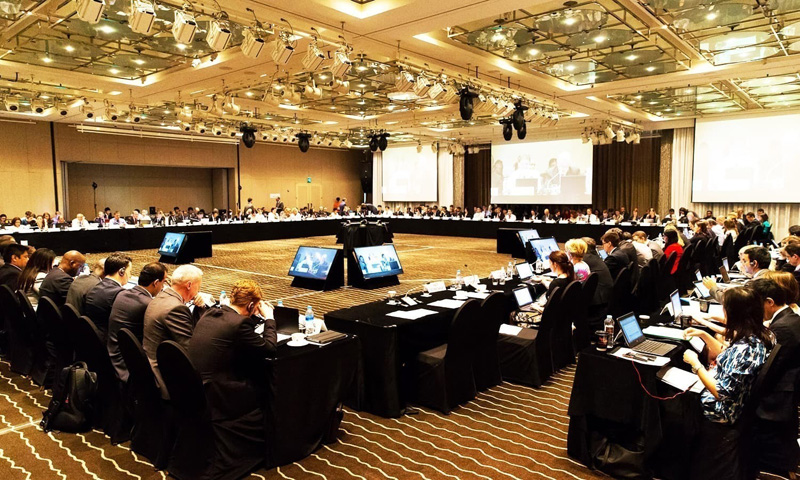 There are 10 points where FATF has shown fully satisfaction on the efforts by the government of Pakistan which include; “activation of NACTA website to place proscribed persons; real time access to all and continuous update, precautions in the State Bank of Pakistan regarding ‘Know Your Customers; biometric verification of accounts, dissemination of reverse feedback and intelligence reports by law enforcement agencies to the SBP and the Financial Monitoring Unit; risk assessment of cash smugglers, particularly with special reference to terrorist financing; integration of Customs controls at all entry and exit points of land, air and sea; effective utilization of domestic agencies against terrorist financing; regulation of private banking system by the regulatory framework of the SBP; investigation mechanism on risk-based approach against terror financing and awareness campaign to all stakeholders regarding terror financing”.

Therefore, the FATF in its meeting held in February 2020 has given the positive response over the measures taken by the government of Pakistan for countering terrorism and terror financing. It has praised Pakistan’s efforts and recognized seriously taken actions by Islamabad against the money laundering and terror financing throughout the country the FATF conducts three plenary meetings in a year consecutively in the months of February, June and October. The first tri-annual plenary meeting of year 2020 was held on February 19-21 in Paris, chaired by FATF President Xiangmin Liu of the People’s Republic of China. By looking over the progress made by Pakistan, it was decided to keep it on the grey list till June 2020. Simultaneously, the FATF instructed the Federal Board of Revenue to regularize and keep the record of three sectors – real estate, gems and jewelry – to ensure that they are not misused by any terrorist organization or individual. What could be the implications or benefits of the recommendations by the FATF for Pakistan if government becomes successful in bringing the change in the rules and laws of these three sectors?

Pakistan needed three votes out of 39 member states of the FATF to avoid being on the “black list”. In the FATF meeting held in the month of February 2020, Turkey, Malaysia and China voted in favor of Pakistan. This resulted in FATF providing more time to Pakistan to work over recommendations regarding the AML and the CFT. There is a strong hope in Pakistan, particularly at the governmental level, that it will get itself out of grey list and will try to win a placeon the white list. Moreover, Pakistan requires at least 12 votes out of 39 votes to be able to remove itself from the grey list and secure position on the white list. These will open doors for various kinds of local and foreign investment by states, MNCs, IGOs, INGOs and business community. Moreover, Pakistan will continue to receive the funds and loans from the World Bank (WB), International Monetary Fund (IMF) and Asian Development Bank (ADB) along with support in the economic, social and political sectors. Keeping these prospective benefits in mind, the present government tries to fulfill new demands given by the FATF. If it fails to work efficiently, there is a probability to be put on the black list.

Unfortunately, Pakistan has been going through various internal problems which cause hurdles in the peaceful and smooth running of affairs ultimately impacting the stability and progress of state. As a matter of fact the government has been fighting to control the money laundering and terror financing within the country since long, even before the demands made from the FATF. It conducted various operations to eliminate the ‘safe heavens’ of terrorists for instance Zarb-e-Azb and Rad-ul-Fasad. This had been instrumental in reduction of terrorist incidents across the country. Pakistan needs to continue putting in efforts otherwise being blacklisted will harm the country’s political, economic, social and business affairs. It can face multiple sanctions in which the international forums and institutes such as WB, IMF and ADB will stop their financial support to Pakistan. Along with this it can also face other restrictions such as avoidance of investment by states, big companies and corporations. In addition, any misadventure created within country could be harmful for the incumbent government, national interest and common people of country. So, it is the responsibility of the government to handle all these internal and external problems very keenly through understanding the basics and current domestic as well as global circumstances to avoid being black listed.

The writer is working as Research Associate at Strategic Vision Institute, a non-partisan think tank based out of Islamabad and Ph.D. scholar in the Department of Defense and Strategic Studies, Quaid-i-Azam University Islamabad, Pakistan