Educational institutions to remain closed across country till May 31 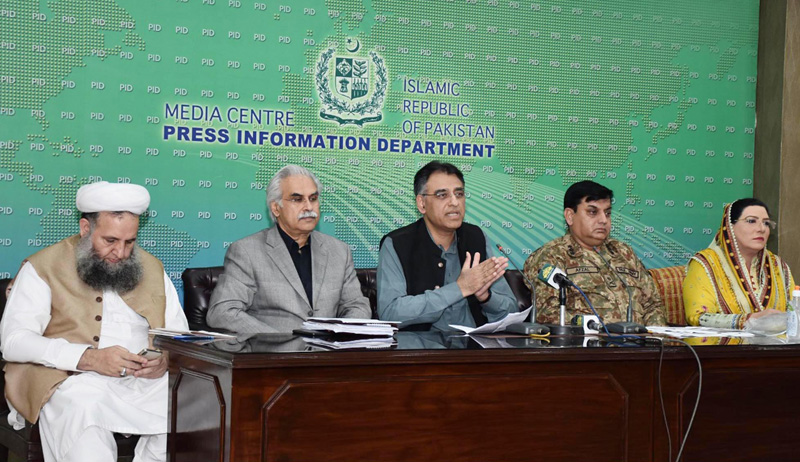 The government on Thursday decided to prolong the closure of all educational institutions, including schools, colleges and universities, across the country till May 31.

The National Coordination Committee in its fifth meeting reviewed the current situation of coronavirus in the country and decided to implement the financial package of over Rs 1.2 trillion announced by Prime Minister Imran Khan for the people whose income has been badly hit due to lockdown in the country.

Briefing media after the meeting, Minister for Planning Asad Umar said the government is actively monitoring the situation and taking precautionary measures to curb the spread of the virus.

Asad Umar said the special package will be implemented in letter and spirit and in a transparent manner so that its benefits can reach the deserving people. The government is also assembling a volunteer brigade consisting of young people about which Prime Minister Imran Khan himself will make an announcement in a day or two, he added.

As regards the news about the shortage of wheat or wheat flour, the minister said at present some 1.7 million metric tonnes wheat is available in the stocks while the new crop is ready for yield, which will be procured by the government, for which a comprehensive plan is being evolved. He said some elements are reportedly hoarding the eatable commodities. He, however, expressed the government’s resolve that stern action will be taken against such elements.

Regarding transportation issues and problems of fuel supplies in some areas of the country, the minister said the issue will be discussed in Friday’s meeting for sorting out a solution to ensure smooth fuel supplies. He said the medical staff engaged in treating the coronavirus patients are the front line warriors.

National Disaster Management Authority Chairman Lt Gen Muhammad Afzal vowed that till April 5, all 30,000 doctors working at different hospital in the country will be provided with protective equipment box. “Some 5,000 diagnostic kits will be arriving in Pakistan,” he said, adding, “The equipment will be distributed in all provinces as per their requirement.”

To promptly halt the spread the contagion, the NDMA chief said, “China is sending us walk-through testing machine which will arrive in Pakistan by next week.”

Speaking to media, State Health Minister Dr Zafar Mirza said that the 21 COVID-19 patients have been fully recovered and discharged from hospital.