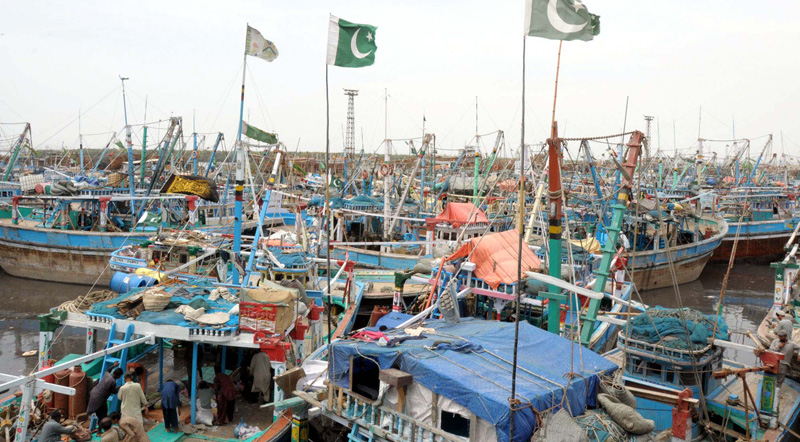 All sections of the motorways have been closed for traffic in order to stop the spread of novel coronavirus.

National Highways and Motorway Police on Thursday announced ban on entry passenger buses and vans in the motorway network to make lockdown against coronavirus successful, a press release issued here stated. However, vehicles carrying goods, petroleum products and daily use items with minimum staff will be allowed. Private vehicles with maximum two passengers giving valid reason of travelling will also be allowed to enter the network.

The Motorway M1 from Peshawar to Islamabad, M2 from Islamabad to Lahore, M3 from Faisalabad to Pindi Bhatian, M4 from Faisalabad to Gojra, M5 from Multan to Sukkur, M9 from Karachi to Hyderabad and M-11 from Lahore to Sialkot have been closed for all kinds of traffic.

In a bid to control the spread of deadly coronavirus, the government on Thursday also suspended all types of flights including domestic and chartered flights in the country till April 2.

According to a spokesperson of the Civil Aviation Authority (CAA), all domestic, chartered and private flights will be suspended. However, cargo and flights with special permission letters are exempted from the ban.

Earlier, the government had suspended all international flight operations for two weeks to stop spread of the virus.

In view of the recent spike in number of coronavirus cases in the United Kingdom and North America, the government has withdrawn special permission given to Pakistan International Airlines (PIA) to operate to these territories, a private TV channel reported. A PIA spokesperson said considering the health and safety of the citizens, the national flag carrier is cancelling the planned special flights to Toronto, London, Manchester and Birmingham scheduled for Friday and Saturday. “PIA regrets the inconvenience caused to the passengers. However, we will like to assure that passengers’ safety and health is always the foremost important element for the airline,” he said. “The changing dynamics may be regretful but the pandemic is forcing authorities and governments globally to continuously review their strategies to fight this challenge and get maximum protection,” he concluded.

In light of the rising cases of coronavirus cases in the country, the annual religious gathering in Raiwind has also been cancelled. The congregation was called off by the Central Shura after consultation with the government. All religious groups have been told to cooperate with the government and Central Shura has advised Muslims across country to pray for forgiveness from Allah.

Sindh government spokesperson Murtaza Wahab Thursday said that there will be no congregational prayers including on Fridays from March 27 to April 5. He said only three to five people from the mosque staff will be able to pray inside the premises while all other people will have to pray at home. He further said that the decision has been taken after consultations with medical experts and Ulema from all religious sects.