Another anniversary of 9/11 approaches and the outpour of programmes depicting this horrific event on Western TV’s will play out; while the undercurrent flow of hatred against Islam is once again revived increasing Islamphobic hate crimes.

The ‘illegal war on terror’ that ensued according to a report by ‘Physicians for Social Responsibility’ led to the death of four million Arabs and Muslims in Middle East if one includes also those killed by Iraq sanctions, which according to UN left 1.7 million dead, mostly children.

The question facing Muslims, especially in Pakistan, which got embroiled into this illegal war by the Bush administration who threatened to bomb Pakistan “back to the stone age” if the country did not cooperate with America’s war on Afghanistan, is to expose who really committed 9/11 and remove the shackles of guilt by association.

Instead most Muslim countries, especially Pakistan, are busy dealing with issues of ‘roti. kapra, and makkan’ and greedy despots who under the umbrella of democracy and the support of the western security services and RAW are keeping the population and the army busy with paid mercenaries creating havoc, killing innocents and disrupting the economic and development of the country.

9/11, 7/7 and nearly all of the terror attacks that ensued afterwards have left more questions unanswered than answered.

In London after the recent spate of horrific terror attacks, Prime Minister Teresa May that repeatedly said a terrorist attack in the UK is “highly likely” and the government is “making more funding available to the police for counterterrorism policing”.

Therefore, it appears rather suspicious if the terror threat is so severe why one of London’s richest councils, Westminster, has decided to take down some of the CCTV cameras in the most tourist-populated sites due to “financial cutbacks”.

After all these CCTV’s cameras can be a bane for those promoting fiction and not facts.

A fact governments are beginning to learn after the Nice terror attack on July 14th when a massive truck driven by a known criminal was allowed to park for nine hours by police in an area where no vehicle was authorised and then allowed to make its way down the promenade unhindered mowing down dozens and injuring hundreds of people.

In order to prevent questions destroying the idea that another lone radical Islamist was behind the attack, when witnesses had seen three shooters, France’s anti terrorist executive ordered Nice’s urban surveillance authorities to destroy all CCTV cameras’ footages.

However French authorities are fine with a footage taken by a man linked to Israeli intelligence Richard Gutjahr who just happened to be in the vicinity ready poised to record the event not only in Nice but also the terror attack that took place later in Munich; in the same way the “dancing Israelis” had been ready with their video cameras early New York morning, at the time when the twin towers were attacked.

The terror attacks on 9/11 which initiated the destructive “war on terror” and is taking humanity to Armageddon, has also hardly any footage or evidence available for the public to examine. It has been revealed that the US government intentionally destroyed massive amounts of evidence related to 9/11 and the judge overseeing the trial of surviving 9/11 suspects conspired with the prosecution to destroy evidence relevant to a key suspect’s defence.

Also as the New York Times article and Chicago Sun-Times highlighted the tape interviews of air traffic controller’s on-duty on 9/11 was intentionally destroyed by crushing the cassette by hand, cutting the tape into little pieces, and then dropping the pieces in different trash cans around the building.

Also according to witnesses, the FBI had found and analysed the black box recorders from the airplanes which hit the Twin Towers, but consistently deny they were ever found.

In the same way the London bombings that took place on a bus and a train on July 7, 2005 where 56 people were killed and over 700 injured, the evidence has not been released and Tony Blair said there was no need for an enquiry as it was a “ludicrous diversion”.

Along with evidence being tampered, hidden or destroyed those questioning the official government narrative would be pushed out of their jobs as had happened with Tony Farrell who had been a British “Principle Intelligence Analyst” for 12 years.

Farrell during his investigations on 7/7 terror attack found that the official narrative was “a monstrous lie,” stage-managed by British intelligence so that Tony Blair could stand shoulder to shoulder with Bush.

A film by John Hill called 7/7 “Ripple Effect” which the government tried to ban implicates the Metropolitan Police and Tony Blair and claims the perpetrators of the attacks were MI5 and Mossad who tricked four Muslim men into travelling to London with rucksacks, in order to provide CCTV footages later to be used as evidence in the investigation of the attacks. It alleges that the four bombers were actually murdered in Canary Wharf, and did not die as suicide bombers where bomb blasts took place.

At present Muslims will have to wait with trepidation in case another false flag attack occurs and hope it doesn’t take place on 9/11 as the date will coincide with the day of Eidul Azha celebration which will mean the mainstream media’s dream come true to portray Muslims as celebrating 9/11 terror attacks.

Something Donald Trump recently alluded to trying to jump on anti-Islamic bandwagon when he said “all over the world, it was reported that Muslims were celebrating the fall of the World Trade Centre”.

Apparently CNN along with western media outlets had been showing a tape of Palestinians cheering on 9/11. The story was debunked a few days later by the respected German paper, Der Spiegel, in an article titled “Die Macht der TV-Bilder (‘The power of TV images’)” which highlighted this anti-Palestinian propaganda as being staged and manipulated.

The article explained how a group of Palestinians were told to cheer if they wanted some cake. When the Palestinians cheered an Israeli picture agency took the footage and had transferred the material to a London headquarters. From there it was distributed to television stations around the world as Palestinians celebrating 9/11 attacks.

According to data by Pew Research Centre collected in 11 countries. Muslim despise ISIS and unlike Israel do not see ISIS as having any “strategic purpose”, especially as ISIS has killed more Muslims than any other group and their inhumane brutal attacks have made Muslims a target of discriminatory legislation and hate crimes. 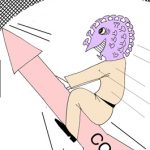