The COVID-19 and its Economic Impacts

The COVID-19, commonly known as the Corona Virus, has emerged as a new threat to the world. Since January 2020, its beginning from China, it has affected almost one hundred thousand people around the globe. Around Five to Six thousand people have died due to this virus till now and the death toll is rising with every passing day. It has affected almost every continent of the world. 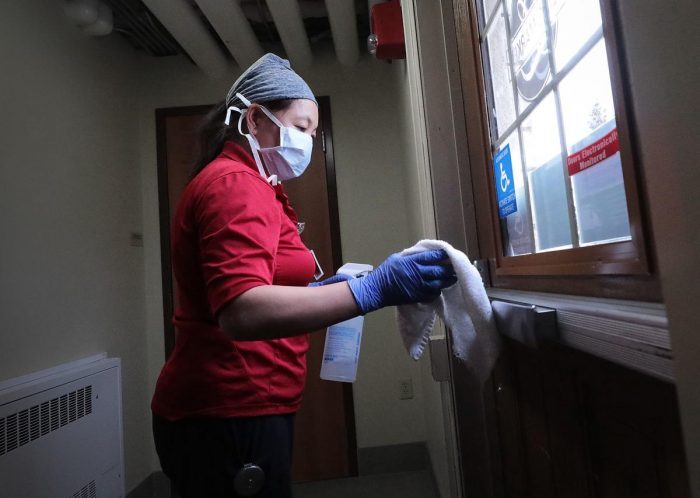 The WHO (World Health Organization) has declared it a pandemic. It means now the virus has been spread in the whole world. This has also affected the overall socio-economic environment in the world. The financial markets of the world are facing real turmoil. Asian equity markets, already deep in the red in reaction to the situation. The USA has banned all the travel from Europe. The equity markets of Tokyo, Hongkong, Sydney, Bangkok, Seoul, Wellington, Taipei and Mumbai, etc experienced a massive downward trend of almost 3 to 7 percent. The economic slump has begun. China is one of the largest buyers of crude oil in the world. Since February the production units in China have been shut down or operating at a very low level. This has made a major impact on the oil market of the world. One way or another, the ongoing price war between two oil giants Saudi Arabia and Russia is due to Coronavirus.

The developed nations are facing a massive crisis. Now Europe has been declared as the new epicenter of Coronavirus. The United Kingdom which has recently come out of the European Union is standing alone and the whole of Europe on the other side. The major EU nations are locked down i.e. Italy, Portugal, France. Things are getting quite drastic.

In the start, Corona became an opportunity for developing nations like Pakistan. Due to Corona, the demand for Chinese goods had been declined. It was the major reason behind the increased demand for textile clothes in Pakistan. Pakistani exporters took advantage of it. But with every passing day, things are changing. The stocks are going down. All the major nations of the world are announcing the economic easing incentives in light of the current situation.

In the USA The Federal Reserve took extra action and reduced its benchmark interest rate by a full percentage point to nearly zero and announced it would purchase more Treasury securities to encourage lending to try to offset the impact of the coronavirus epidemic. The Federal Reserve Bank of United States of America, is also of the view it will purchase $500 billion of Treasury securities and $200 billion of mortgage-backed securities to smooth over market disruptions that have made it hard for banks and large investors to sell Treasuries. The United States home buyers have been given a boost in spending power as the coronavirus has dragged mortgage interest rates down to historic lows, to 3,29 percent.

The global economic recession has begun. It’s a reality. This time it’s due to pandemic disease. A disease that has taken the whole world on its feet. The developing nations like Pakistan should react to this situation very cautiously. Our economy is still facing some serious challenges. The cut in policy rate is very much expected from the State Bank of Pakistan in the upcoming monetary policy announcement.

The closing down of the markets will make a drastic impact on the retail sector. It is a matter of fact that in the past two to three years Pakistan has become a consumption-led, retail sector economy. In these circumstances, the impacts of lockdown and shutdown will be more than the expectations. Currently, in many nations of the world and also in Pakistan, the public gatherings are ban, it is expected that in the coming few days the Government of Pakistan will also go for these kinds of extra prevention measures. The demand shock is very much expected in the coming few days. The responsibility of economic policymakers is to assure the adequate supply of goods in the markets, especially eatables, so that the dangerous phenomenon of shortage can be avoided.

The health advisories should be followed by every production unit. Rest assure no one can fight with God’s Will, but one must improve the odds.

The writer can be reached at, raja_4_92@live.com