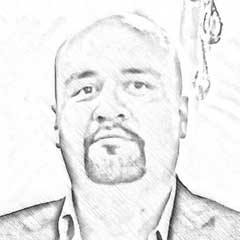 In the realm of warfare, throughout history there have been many so-called revolutionary developments, asymmetric approaches, information operations, effects-based operations, non- traditional actors, and so forth. Such phenomena assumed greater importance in the past few decades. Fifth-generation warfare (5GW) is the battle of perceptions and information. 5GW is also a cultural and moral war, which distorts the perception of the masses to give a manipulated view of the world and politics. The Five generations of warfare can be labeled as: 1GW: War of Line and Column. 2GW: Trench Warfare. 3GW: Maneuver Warfare. 4GW: Irregular Warfare (Guerilla war). 4GW vs. 5GW: Difference between 4GW and 5GW is of Motives, Technology and Empowered Individuals.

The capture of Commander Kulbhushan Yadav, a serving officer of the Indian Navy was a big victory for Pakistan in this asymmetric war. With his capture and confession to masterminding and funding the countless atrocities perpetrated within our borders by the Indian intelligence agency, RAW, it was clear that the enemy no longer needed to be identified in the physical sense, rather had to be countered in the hybrid realm. Concurrently, India has been operating 265 websites in 65 countries flashing out anti-Pakistan propaganda, mostly in Europe. These websites were run by Srivastava Group, a front office of the Indian intelligence agency, RAW.

Never before has the movement of information or people been so easy, and so difficult to monitor or control, a situation that can be leveraged by all actors, but provides particular access to the asymmetric actor. Therefore, it is crucial for Pakistan to be able to understand these fourth and fifth-generation warfare tactics to better defend its territories from unlawful intervention, propaganda, misinformation, and from exploitation by the media, as well as through non-state actors’ attacks. An instructive example of such military/paramilitary intelligent operations by the Pakistani agencies against terrorism is Operation Zarb-e-Azb, which successfully decreased terrorism in Pakistan.

The peace deal, which was, signed between the Americans and the Taliban on 29th February 2020 in Doha ending two decades of violence, could be touted as one such victory for a much less capable side

Proponents of 5GW have focused much attention on asymmetry of means. More important than this, however, is the fact that today and tomorrow’s threats to global security have an asymmetry of purpose rooted in a drastic asymmetry of worldview. When compared with the purposes and worldview of those who are the champions of globalization. Lets make no mistakes, War is a political act, and war has never been about a purely military solution whatever that may be. It has always been about using military and other types of power to achieve certain political objectives. States may be less likely to be opponents; non-state actors, transnational entities, and even intelligentsia-backed individuals will become more noticeable, so that we may face many small enemies, rather than one or two major ones.

This new threat environment is largely characterized by asymmetric challenges from several possible actors, including culturally and ideologically aligned non-state actors, transnational groups, and even nation-states. Anyone can engage in an asymmetric conflict against a conventional power. This type of conflict is enabled by instantaneous proliferation of information and misinformation, the enormous ease of modern communications, access to technologies that provide cheap destructive capabilities, and the vulnerabilities offered by physical, cultural, social, economic, and political structures of the modern state.

The increasing availability and importance of technology provides potential enemies with the ability to develop innovative weapons and cause extraordinary casualties. Money, diplomacy, cultural and social activity, humanitarian actions, and intelligence and information operations will be of increasing importance. The extraordinary connectedness of the modern world enables false as well as accurate information to move with great rapidity, having an effect on public opinion and decision makers all out of proportion to its importance, or even its accuracy.

Most significant, however, are not their weapons or training but a dramatic shift in their worldview that they can defeat superpowers. The peace deal, which was, signed between the Americans and the Taliban on 29th February 2020 in Doha ending two decades of violence, could be touted as one such victory for a much less capable side. It is too soon to be sounding the victory horns but only a decade ago even dreaming about such results might have been laughable at best.

Unlike the 4GW or the insurgency warfare (e.g. Vietnam, Afghanistan) the non-state actors are no longer mere proxies of a country but are the prime threat to its existence. In the 5GW the armed groups or networks neither fight in the name of the state nor are under its control. Pakistan must first define and understand the threat, then develop strategies and tactics for this threat, and finally, we must have trained personnel, combat weapons and equipments suitable for the implementation of these strategies and tactics. It must never be forgotten that the only possible way to win wars of the future is developing a common understanding between the civilians and military from the level of individuals to the level of state within a comprehensive approach.

The questions about Pakistan’s commitment to fighting extremism and terrorism often go unanswered in academic circles. In a nutshell, we must realize that hybrid threats against Pakistan in today’s world are real and complex. Unless a correct realization, followed by a comprehensive response materializes, developing nations like Pakistan will continue to struggle for peace, stability and prosperity.

Fighting 5GW can be characterized as counter-insurgency. Breaking the social relationship between non-state actors/insurgents and the general public. Rather it is suggested that 5GW threats are conventions of the day and more focus be placed on these. Following must be ensured in this regard. Modernization of military equipments and intelligence means. War-gaming and preparing for all possible scenarios. Speeding up the process of Net Enabled and Net-Centric ?capabilities. Government needs to ensure development and provision of necessary capabilities in all domains. Police, gendarmerie, civil protection, administration, and justice to name a few can be starters. Provision of specific training, together with military components, must also be ensured concurrently.

Making it impossible for the public and insurgents to identify the counter-insurgents’ intentions. These tactics will form a non-hostile relationship between counter-insurgents and the people; as a result, it protects civilian wellbeing and survival. Counter-insurgency creates a safe space, popular security and cooperative identities. However, paradoxically this counter-insurgent involvement contributes to the dependence of the population on counter-insurgents. Therefore, states must instead resist this neocolonial Raj of imposed perspectives in shaping ideologies in the hopes of resolving all political matters.

Combining political actions with a disinformation campaign, including denial at the state level, limited but rapid military operations, a mixture of means to overload the enemy’s command and control, and to exploit the seams and divisions of society, then a truly hybrid strategy could be successful. Fighting 5GW can be characterized as counter-insurgency. By breaking the social relationship between non-state actors/insurgents and the general public. The counter-insurgent must drive societal change, target the cultural values of insurgents and the general population, fight on an intellectual level, and deny insurgents an enemy to fight and ultimately WIN this war of perception locally and globally.

The writer is an independent analyst, with interests in Regional and International Affair