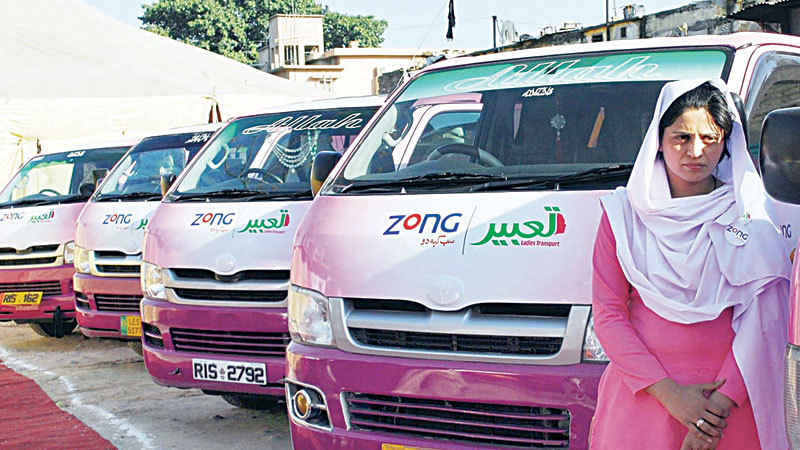 Pakistan is among one of the Asian countries where rapid population growth and urbanization have resulted in severe mobility issues for people who also face poverty, inequality and poor delivery of amenities. With respect to the issue of inaccessibility to public transport, lack of transportation infrastructure, incessant increase in the ownership of private transport, and disdain towards following traffic regulations cause further threats to the sustainable transportation system. These issues are gradually seeping into public and discursive debates of Pakistan’s politics and academia. More pertinently it is being recognized in these debates that the ones who are excluded, poor, unemployed, elderly and women are the most adversely effected. With the identification of these disadvantaged groups, it becomes even more compulsive to frame a sustainable and an inclusive transportation system that provides transportation facilities in affordable, environment-friendly, and culturally-sensitive fashion. The reality, on the other hand, depicts that public-transportation system in Pakistan does not meet the socio-cultural and financial needs of the people.

Pakistan is one of the most urbanized countries of the world and the most urbanized country in Asia Pacific with two-third of its urban population residing in the ten large cities. On organizational and functional fronts, the country has been undergoing random changes in the urban localities which on one level is creating bottlenecks for the poor to survive and on the other, the issues of overcrowding, urban poverty and inaccessibility of basic services are being experientially faced by the poor. Furthermore, with lower average income, only the rich can afford to possess private vehicles (specifically cars) for their mobility and for the majority, job-related trips depend on the public transport system.

In early 1980s public transportation system was deregulated in Pakistan which paved the way for the influx of private operators who started providing urban transport services with government controlling the fare and route licensing. These private operators run low-cost and small transport vehicles to maximize their profits. Furthermore, the lack of efficiency and quality of transportation system is severed by the lack of institutional capacity and supervision of these private transport operators.

In Pakistan the concept of mobility for women is gendered which means that mobility due to economic and social reasons is a problem for both men and women given the preceding text where public transportation system has been problematized irrespective of gender differences. Still, women are affected differently than men and the difference is essentially social as women are domesticated and associated with family honor in Pakistan. In this regard, female mobility in open spaces and public transports becomes a matter of prime concern as the process entails to impact on their privacies and safeties. Resultantly, women are less mobile, travel sporadically, and make sure that they are permitted from the Head of the household and veiled before leaving, with male escort from their family. This calls for a transportation system which guarantees female security and comfort. Given that majority of the population lacksthe ownership of private transport, including women, making them increasingly dependent on the public transportation system for mobility. The existing transport system in Pakistan does not cater to female-specific needs, for instance female-reserved seating, safety from male travelers, hassle-free travel and door-to-door accessibility. The scholarly materials produced concurrently, also highlights that inaccessibility to safe and secure transport mobility to women render their access to basic services such as education and healthcare.

A report titled ‘Approaches for Gender Responsive Urban Mobility’ specifies security as a complex phenomenon as it depends upon human interactions whom behaviors are unpredictable and contingent on emotional over rational reactions. Safety on the other hand can be assured through technical solutions but improving safety system does not always ensure improvement in security system as security is more subjective as different people define ‘what is safe?’ and ‘what is secure’ differently. The variants in the perception of security between men and women and even among women also exist along the axis of economic backgrounds, age, race, education and cultural contexts. In the context of human security, female mobility is also contrived because of the violence and harassment women face when they are in public spaces in general or public transports, in particular. The number of harassment cases and the forms it takes show that name calling, teasing, staring, touching, male physical exposure, groping etc. are common in the public transports which women use to travel to and from for educational and job-related reasons. The number and types of harassment have been consistently reported in all the developing countries in and around all public spaces and in public transports such as bus stations, train stations, or public transport stops. In south Asia the debate about violation of these spaces for women came to the forefront with the gang-rape and murder of a young student when she took a bus to return home in Delhi. In India, a report compiled by Jagori (2010) highlights that more than 90 percent of women have faced sexual harassment in previous year while using public space and 51 percent experienced harassment in public transports and 42 percent while waiting for buses at bus stops/stations.

In Pakistan, a report published by Asian Development Bank (2014) also corroborates that 70 percent of women faced harassment in public transport, 75 percent claiming that the perpetrator was another unknown passenger, 20 percent saying that it was conductor and 5 percent that it was driver. 34 percent of women reported of being touched inappropriately or groped and 7 percent shared experiences of stalking and unwelcoming following. The results of ADB report show significant impact on the female mobility as due to being harassed in public spaces and on public transports, 31 percent of students, 23 percent of working women and 20 percent of homemakers decreased the use of public transport and they could not seek for expensive transportation channels as alternatives. The more alarming finding of the report was that 40 percent of women restricted traveling after sunset which they viewed limited their future opportunities for education and personal development.

In the wake of the argument built in the preceding text, the responses from urban planners are important to consider. In addition to female mobility being restricted due to religio-cultural factors in Pakistan, poor urban planning also circumvent women from becoming part of labor force by circumscribing their comfort to use public transport. Some steps which can be operable to ease female mobility and assure female security in and around public spaces and transport can be taken. Street lighting should be consistently maintained without power shortages. Installation of khokhas near each public transport station will also ensure the mobility of people for consumptive reasons which will lead to having more watchful zones conducive for female security and mobility. Transport schedules should be consistently updated and displayed for public consumption so that women arrange their trips accordingly. Hiring of female bus-conductors and ticket-checker/collector can also be a workable framework for easing female mobility and security in and around public spaces and transportation systems. Compartmentalization of spaces in the public transports for people of different genders can be helpful; one such example is of Pink Bus initiative. The indiscriminate distribution of women safety smartphone application to all the provincial governments and the implementation of the same in all the major cities of Pakistan will also be effective. On policy design and implementation levels, the role of urban planners should also include campaigning for and generating gender-sensitive debates and to achieve that women representation on policy framing, implementing, institutionalizing and evaluating is also critically important.