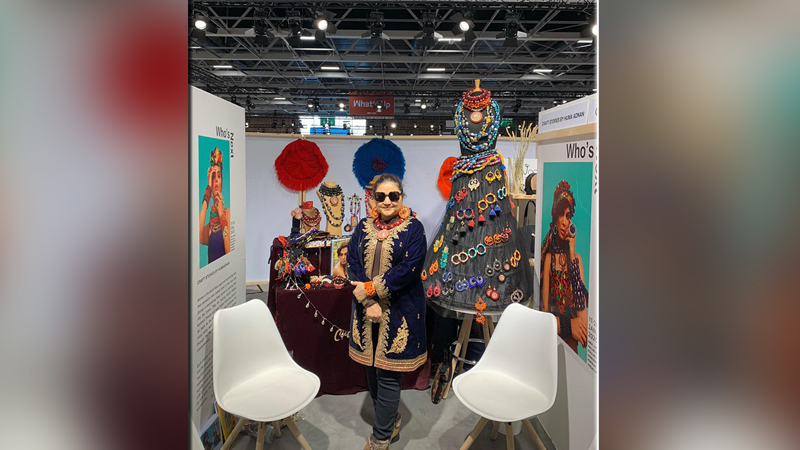 Craft Stories prides itself in collaborating with refugees living in Pakistan with the goal of sustaining their work and keeping the craft alive.

The brand works to protect heritage and support refugee communities. By focusing on their skill development and mentoring them to develop entrepreneurial abilities, they are able to become productive members of society who can sustain themselves and become independent. The trendy jewellery is for the modern woman who celebrates inclusive and responsible fashion carrying the exuberance of culture.

These are women looking to be global citizens without having to compromise on their identity.

Huma Adnan recently took Craft Stories to Paris and showcased at the fashion trade show, “Who’s Next “. Who’s Next is the leading international fashion trade show for womenswear in Europe. Buyers, brands, journalists, and trendsetters from more than 100 countries together create trends for each season. Who’s Next is an unmissable source of inspiration for market trends, with its offer of ready-to-wear, accessories, beauty and lifestyle, as well as a complete programme of conferences and workshops.

It is held at Porte de Versailles in Paris, the fashion capital of the world and is a biannual show that takes place over a period of four days, where around 50,000 visitors are in attendance. The show regroups approximately 1,500 French and international brands.

This year for the first time ever a Pakistani brand participated at this fair.

It was a great pride for Craft Stories from Pakistan to be at a global platform among other prominent brands from around the world.

According to Huma Adnan, “Who’s Next’ is more than a trade show; it is a source of inspiration for the fashion industry. The four-day event features a number of conferences and workshops along with showcasing ready-to-wear, accessories and beauty and lifestyle products.”

A lot of buyers showed interest in the hand crafted jewellery and made bookings. It was very overwhelming because this was the first time a Pakistani brand showcased their collection and received a very positive response. Everyone wanted to know about the brand and the stories associated with each piece of jewellery. 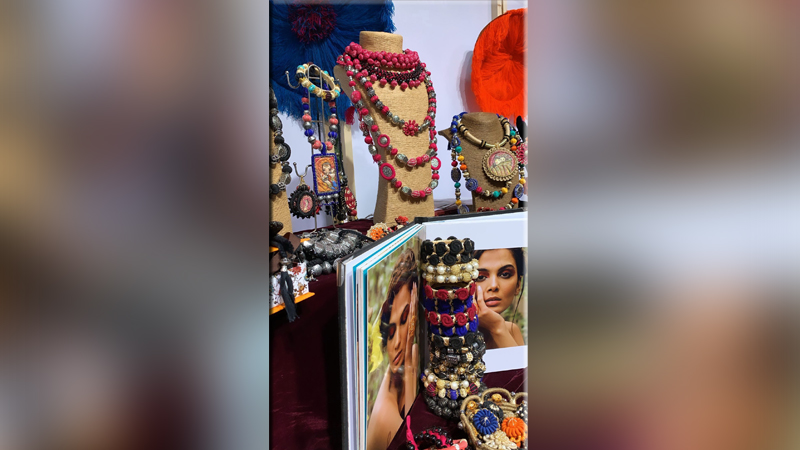 A web magazine called “The good goods” podcast, at IMPACT Who’s Next had a competition among brands and Craft Stories was globally voted to be selected among other 15 brands to record an exclusive podcast, which was released across Europe online.

There were also media from Paris who were very keen to know about the brand and refugees. Bringing the craft of these artisans to Paris has opened windows to the global market via such platform. In fact, it is the first foray of Craft Stories in the global market and the quality of feedback and appreciation for brand has been truly encouraging.

A French clothing brand “Chaussettes Orphelines” loved the concept of craft stories and want to use their recycled wool to make a collection for their next show. The team came and met Huma after the trade fair. The sampling of eco-friendly jewellery is in process.

Craft Stories were also a part of Who’s Next Paris catalogue which was distributed from every entrance of the trade fair.

Craft Stories got a confirmed order from a resort brand “Aguaclara” from Peru. The designer of the brand loved the fact that the jewellery was made by refugee artisans in Pakistan.

Craft Stories was also selected for the editorial of Luxiders magazine Paris which is an intelligent Luxury Magazine for conscious women and men. Based on stories about sustainable fashion, eco design, natural beauty and healthy lifestyle, this magazine fuses the best high-end, progressive, luxury brands and independent designers.

Craft Stories jewellery was carefully selected by the editor and the shoot took place during the show where the model wore jewellery made by refugees. 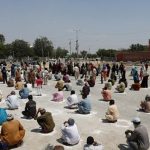