Youth of Sindh urged to work for province’s development 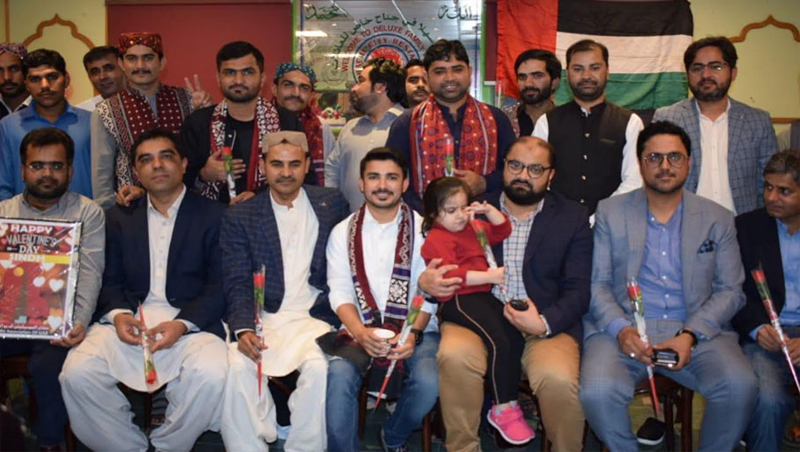 An elegant ceremony titled Sindh Valentine’s Day was celebrated by the Sindhi Association of United Arab Emirates [UAE] in UAE to mark Valentine’s Day in love with Sindh.

Majid Hyderi, the chief organiser of the association, emphasised the youth of Sindh should come forward and play their role to develop the country mainly Sindh and also urged upon the parents of Sindh to encourage their offspring to go and earn a lot of respect and lit the name of Sindh and Pakistan and gave message to love with Sindh.

Muhammad Ali Larik also gave many suggestions to youth in respect of searching jobs and making comprehensive CVs and its importance, taking the benefit of the program.

Muhammad Saleem Burdi, Mehar Jalbani and others also spoke and expressed their pleasure over organizing such sort of elegant ceremony.

Sindhi Ajraks were distributed amongst the guests who came from Sindh including Dr. Faiq Shaikh & Dr. Sobia Shaikh.

Shafqat Memon, Sarang, Ali Raza, Ramesh Kolhi, Eijaz Solangi and a large number of people who are living in UEA participated in the ceremony and enjoyed a lot.