Identity in a globalised world

Book: Identity: The Demand for Dignity and the Politics of Resentment 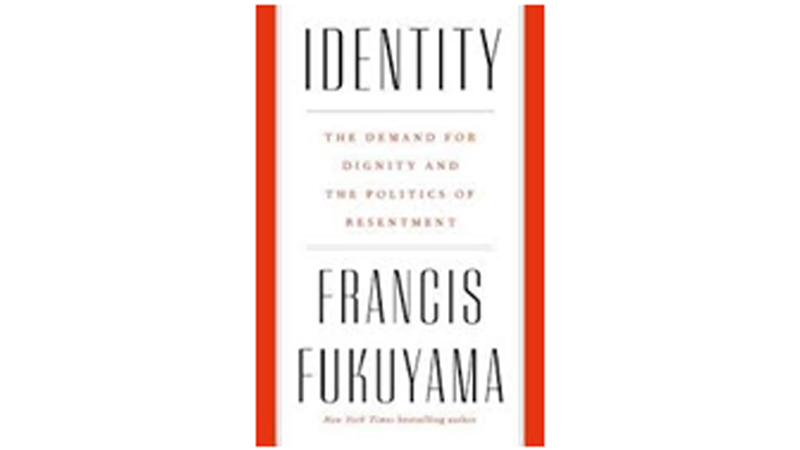 The fourteen-chapter commendable work of Francis Fukuyama elaborates his philosophical ideology regarding “identity.”He refers to the concept of Samuel Huntington, classifying the era 1970s to2000 asthe period of “liberal democracy” in the world. The shift in the economic relations and interdependence among states led to the formation of “globalisation”, various economic institutions, agreements and international trade organisations. That extended the economic growth but somehow poverty increased in many developing countries.

Fukuyama explores that “this liberal world order did not, however, benefit everyone” and resulted in international and internal migrations. Poor rural population moved to urban areas where they received facilities and luxuries that multiplied the middle classes, particularly in China and India. In fact, it was a shift of manufacturing from developed countries to developing countries of East Asia and around.

Economic recession in the big powers like the US and Europe shakes the rest of the liberal world. Steadily, this phenomenon passed virtual strength to countries like China. The US, Russia and Europe-led politics pushed the world towards 9/11, US attacks on Iraq and Afghanistan, and the formation of ISIS.The author relates the electoral politics of the liberal states with the economy. He highlights the concepts of left and right demanding more equality and more freedom respectively. Liberal states also implementtheir firm economic policies to weaken rival states. He seems to disapprove of globalisation because of its serious outcomes and focuses on the theory of “human soul” before considering the “identity politics.”

Fukuyama moves ahead with the debate on “thymos and identity” with reference to The Republic by Plato and discusses the recognition of human dignity. Moreover, he ascertains the concept of “identity” in a modern notion, “when it was combined with a notion of an inner and an outer self, and the radical view that the inner self was more valuable than the outer one.”Referring to modern economics, Fukuyama observes the theory “rational utility maximisers” lives out. This cognitive theory revolves aroundindividuals because they cooperate with each other and their “…self-interest better than if they act on their own”.He also discusses the concept of “utility” and its weightage in modern economy. Fukuyama’s style to elaborate the utility in theoretical framework is awe-inspiring. He is clarifying the idea with the support of free market, classical Marxists economists and the practice of material self-interest.

Fukuyama carries on with the debate on identity. He discusses the incoherencebetween inside and outside the individual. He determines the inner identity as ‘authentic’ and outer as assigned by ‘society’ and that the modern concept of identity also validates the ‘inner identity’. He also validates the inner and outer identities and recounts with the eminent ideologies of Rousseau, Luther, Plato, Thomas Hobbes and John Locke about human nature. He argues on the merits of thymos, difference between the inner and the outer self, and the progressive notion of dignity to unite the recentconception of identity.

The author expounds the concept of dignity from the version of Bible as well asSocrates.The Christian belief of dignity rotates around the incident of Eve and Adam in the Heaven: “… and the human race thereafter lives in the fallen condition proceeding from this…”. Furthermore, the writer analyses the concepts of Kant and Hegel to precede the debate on human dignity and stimulations of Hegel’s ideology from the French Revolution. Fukuyama also urges on “individual rights” and the ideology of “equal dignity” in a liberal democratic government system.

Francis Fukuyama recounts the contemporary “equal recognition of dignity” as the persistence of the French Revolutionin the fifth chapter, “Revolutions of Dignity.” He narrates an incident that occurred in Tunisia, the story of a street vendor, whose aftermathsshocked the Arab world. The news of this incident “spread like wildfire” and pushed Tunisia into a revolution. The notion of ‘equal recognition’ led to a huge uprising and distressed the power pillars in Libya, Egypt, Yemen, Syria and Bahrain. In an extensive argument, Fukuyama states that the “economic and social equality” in modern liberal states restricted the “rule of law” and “democratic accountability” to strengthen the equal recognition of dignity.

Fukuyama also discusses the sense of natural human freedom by sharing the discourses of Martin Luther and Kant. Luther considers freedom as a gift from God, and Kant confers that all individuals are “capable of exercising genuine free will in a fashion not subject to the laws of physics.”He compares these notions withthose of John Stuart Mill, Hobbes and Locke to further define “individualism.”But he emphasises that a liberal political approach fortifies “individual autonomy by granting equal rights to citizens.” After a concrete debate on individuality, equality, freedom and dignity with recognition of his version, the author moves to “partial identities” based on “nation” or “religion,” which demand the “recognition of the dignity of the group…” This steadily moves towards a “political movement” and is acknowledged as “nationalism or Islamism.”Fukuyama shares the keen versions of ideas to give a brief on nationalism. He particularly focuses on the economic factor of nationalism with reference to individual’s freedom in “commerce” and the right of “private property.”

The author highlights certain deeds of the colonial powers of the 19th and 20th centuries. Under economics-led policies, those powers were acquiring areas, traditions and identities of the colonised people, and intellectuals were framing a new sense of nationalism. His discussion on the emergence of the modern Muslim liberal nationalism is critical and analytical. His analysis of modern Muslim nationalism, particularly in the Middle East, other Muslim states and western countries, is valuable.

In “Invisible Man,” the author talks about various economic drives in human societies. He highlights the ideals of wealth and analyses the levels of wealth and poverty between developedand developing countries. Fukuyama says that middle classes have more time for political activities; they are adequately more organised and literate than other classes. Fukuyama typifies the actual practice of democratisation of dignity in countries of North America and Europe as it protects the rights of individuals. The identity politics, in fact,is “a struggle for the recognition of dignity.” Even the liberal democracies strengthen the notion of “equal recognition for individuals.” In Chapter twelve, “We the People,” the author debates the strength of “national identity” by taking its models inthe Middle East and some Far Eastern countries. He reflects that “national identity begins with a shared belief in the legitimacy of the country’s political system…” And how the assemblages of various ethnicities, religion and gender affect the national identity and internationalisation of a society. He establishes thatnational identity is constructed around political and liberal standards. Fukuyama’s discourse on national identity depends not only on these things but also on good governance, economic development, “physical security”, trust and immigration.

Fukuyama particularly mentions the course of “nation building” and refers to variousmeasures of the European history in this regard.He explains the practices of the term “Jus Sanguinis” in European and Asian countries in reference to immigration and citizenship. The writer hints at the social and political issues of the contemporary states, and that abundant immigrant settlements can harm and affect the local territory and the underlying rights of the natives.

Francis Fukuyama outlines “identity” as not only to “divide” but also to “integrate.” That is because identity inspires the socio-political spectacles, “from new populist nationalist movements, to Islamist fighters. “Finally, he endorses thatidentity is indispensable for “ourselves” and “society.”