Nations are built first and foremost on geographical grounds. It is an integrative process that must unite different ethnic, religious, cultural and economic entities into a community of equals. There must be a unity of purpose and equity amongst the constituent units. A superficial national identity is easy to create by appealing to emotions, waving flags and singing songs (and TV serials- my words) but such an identity exists only on the surface. Real identity can only be developed under secure fundamental principles – the sharing of resources, equal opportunities, and respect for different beliefs and traditions. This had been neglected with regard to East Pakistan from the beginning and the bill was presented in 1971_

This to me was perhaps the most poignant, most painful, most heart wrenching quote from the book with the above title by Ikram Sehgal and Dr. Bettina Robotka.

More heart wrenching because, as said writer philosopher, George Santayana “Those who do not learn from history are doomed to repeat it”.

Blood over Different Shades of Green is perhaps one of the finest and most readable books I’ve read on the tragedy of East Pakistan.

It describes in stark realistic detail the genesis of the problem and a blow by blow painful account of the unfolding tragedy.

It paints in detail the cultural, social, economic, political, geographical, religious, ethnic, governance influences and very tragically, centuries of prejudices and step brotherly treatment by the larger western brother towards its eastern sibling that eventually caused the split.

Ikram Sehgal is no stranger to controversy. He has been lauded and vilified, depending on who you talk to. But he is perhaps the only officer of our Army who has an infantry company named after him in both Armies. Pakistan and Bangladesh

As I finished reading the book, the thought which swirled over and over again was “I’m surprised it took so long for the separation to happen”.

And even for a history buff like me, many if not, most, facts were an eye opener.

Perhaps one reason is that our view of East Pakistan is overwhelmingly coloured by the mass scale violence and killing which tragically took place between March 24 and 16 December 1971.

Many of us forget how strongly Bengalis cherished their culture and their language.

And how even in the early days of the young nation, Urdu was forced down on them as the “only state language”.

How they resisted, demonstrated, fought and rioted for the right to have Bengali, a language spoken by the majority, to be also made a State language.

If there was perhaps one chink in the Quaid’s indestructible statesmanlike armour, it was his insistence on Urdu as the National Language and its tragic consequences.

It was only years later that Bangla was also made a National language.

Perhaps the seeds of suspicion against the west had been planted!

How we do not know that the majority of Muslim Bengali legislators in pre partition India wanted a “United Bengal” showing their strong Bengali ethnic desires and how the Hindu legislators voted for partition, at the behest of Nehru?

How the Jugto Front in 1954, established by H S Suhrawardy, comprising 5 parties, prominent being the Awami League, first headed by Maulana Bhashani, with Mujib as its Joint Secretary and the Krishna Sramik Party of A K Fazlul Haque, the mover of the 1940 Pakistan Resolution in Lahore, swept 223 of the 237 seats of the East Pakistan assembly elections.

The Muslim league was routed and only got 10 seats, the communists, 5.

Some of their demands in their 21 point charter?

Bangla as state language, maximum autonomy for the province and relations between the two parts on the basis of full regional autonomy; only 3 portfolios for the centre. Defence, Foreign Affairs and Currency.

It was this massive vote bank that brought the Awami League and Hussain Shaheed Suhrawardy to power as PM in 1954 in coalition with its west wing partner, the Republican Party. He was soon ousted 4 months later by his own party, continuing the musical chairs of PM’s coming and going till the terrible tragedy of our first martial law by Ayub Khan.

Unfortunately, Gen. Ayub had a personal dislike for the Bengalis and considered them an “inferior race”.

Perhaps it originated in the classification of martial and non martial races by the British and his “martial” Pathan origins.

But, tragically this was manifested in the grave imbalance of government priorities, development focus and resource allocation between the two wings.

One can go on a tangent and destroy some giants with feet of clay, but sufficed that Ayub’s 10 years rule contributed greatly to the feeling of deprivation by East Pakistanis.

Therefore, it was a logical next step to Mujib’s Six points in 1966.

What happened in the period between the December 1970 elections to the cancellation of the assembly session on 24th March, 1971, which finally broke the dam, by Gen. Yahya, has been recorded in the minutest detail, much like a war diary.

The role of Gen. Yahya and his military junta comprising Gen. Hameed, Gen. Peerzada, Gen. Umar and others in this tragedy is despicable.

But the “crowning glory” of lighting the bonfire goes to our one and only, Zulfiqar Ali Bhutto.

If ever there was a master to Machiavelli, it was this man.

His overwhelming ambition to rule was the prime reason that talks between Mujib and Yahya failed, despite the former having agreed to many terms. Sartaj Aziz and many others are eye witnesses to the machinations of Bhutto and his role, which is described in great and accurate detail.

What happened between March and December 1971 is very tragic and sad.

Horrible atrocities were committed by all sides, but nowhere near the 3 million number often quoted by the Bengalis as having been killed in the tragedy.

In painstaking detail, the book chronicles all known sources, including international ones and the number is much much less.

The book, despite some repetition and minor editing errors, is a history classic and a must read for every Pakistani who wants to understand why Pakistan was dismembered.

It must be made mandatory reading in not just our colleges and universities, but in all institutions of instruction in the Public sector especially the military and the bureaucracy.

Our public servants and our military officers must know why segments of society are alienated and what not to do.

Nationhood and national security is not the privilege and preserve of one institution or one dominant ethnic group.

No institution, military or civilian has the right to define for Pakistanis, what is Pakistaniat, Nationhood, Patriotism or National Security.

Ikram Sehgal is no stranger to controversy. He has been lauded and vilified, depending on who you talk to. But he is perhaps the only officer of our Army who has an infantry company named after him in both Armies. Pakistan and Bangladesh

But one thing is clear.

This not just his personal tome of a heart torn between a Punjabi father and Bengali mother, but a no holds barred, highly researched, very objective and fair account of all factors leading to this terrible tragedy.

Ikram Sehgal has done this Nation a great service by writing this book.

I hope the nation reads it!

Or certainly those who have misguidedly and ignorantly and potentially existentially, arrogated to themselves the “right” to define “Pakistaniat” and “National Security”, for all of us! 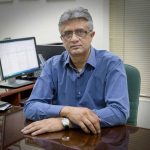