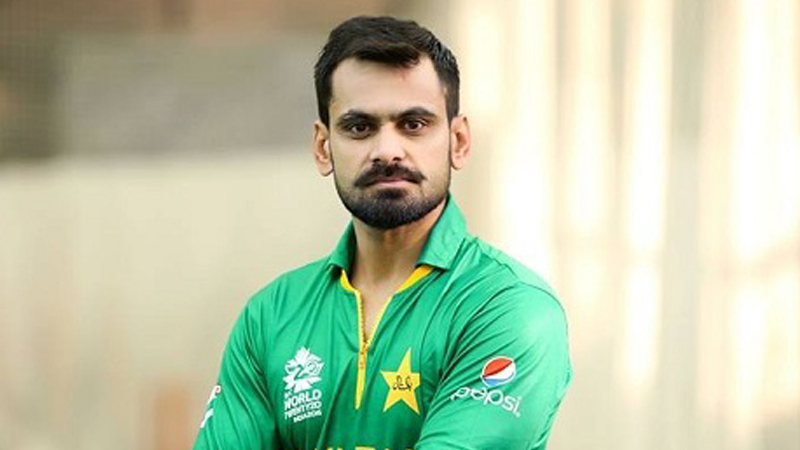 Batting averages of 32.90 and 34.55 in ODIs and 25.21 and 31.36 in T20I-these numbers may not seem very impressive at first glance; yet, they are the statistics of two of the most senior player of the Pakistan Cricket Team. Their International careers spanning over decades, 20 ODI centuries do not do justice to the experience and class of Mohammad Hafeez and Shoaib Malik.

Senior players who have captained the side always bring something important to the table, such as the ability to perform well in high pressure situations and to steer the team to victory. For a team sport like cricket a senior player also performs the role of a mentor to juniors. Pakistan cricket is still going through a rebuilding phase under new captain and superstar Babar Azam and hence needs players who can uphold the spirit of the team in tough conditions. Hafeez and Malik both are players who can help Babar Azam settle into his new role as captain of the T20I. In the winning campaign of the Champions Trophy 2017 it was Malik who motivated the team, giving a speech, following their loss to India during the group stage.

Our selection committee has a habit of making poor decisions. Back in 2018 when the squad for the Asia Cup was announced Hafeez was not a part of it. His previous few scores weren’t amazing but according to that logic half the team should be dropped. It was said that he was “still a part of the World Cup plans.” He soon made a comeback against Australia scoring a century and proceeded on to have a decent series against the BlackCaps. Time and again such decisions have been made much to the dismay of Pakistan Cricket fans.

More recently, post the World Cup 2019 Hafeez was not given a central contract neither was Shoaib Malik. It should be noted that Hafeez scored 253 runs, more than opener Fakhar Zaman and Haris Sohail who was considered as the mainstay of the middle order. Right after the World Cup was the Sri Lanka home series. It could be said that Hafeez and Malik weren’t picked in the T20Is to give chances to other youngsters and to empty spots for the recalled Umar Akmal and Ahmed Shehzad but the board can give no justification for not giving PCB Central Contracts to both of them.

The results of the Sri Lanka series itself were evidence that both of them are needed by the team. Then came the series versus Australia in Australia. An away series that too in Australia is one that requires experience. The tour was also important because the upcoming T20 World Cup is being hosted by Australia. Both of our gems weren’t included in the squad and instead youngsters and debutants filled the squad which left for one of the toughest series Pakistan has played in the past few months. Again, the No. 1 T20I team was sent into the field lacking experience resulting in a 2-0 series whitewash.

Currently, the team has all the top order spot fills and although Hafeez is primarily a top order batsman he can easily adjust, as seen in the past, into the middle order. Ever since he was sent at No. 5 when he scored a quick fire 57*, to give Pakistan the perfect end to an already amazing innings, he has performed well.

Malik on the other hand has a different story. He retired from One Day Internationals after the Cricket World Cup 2019 but expressed his desire to play on till the T20 World Cup 2020.He was not a part of the following series and determined to earn his spot back Malik showed his class during the Bangladesh Premier League 2019/20. He scored 3 50s at an average of around 38 amassing a total of 455 runs during the league.

Both Malik and Hafeez were recalled for the series against Bangladesh. During the three match series Malik scored a 58* leading Pakistan to victory in the opening match. Hafeez on the other hand gave support and time to Babar Azam to build his innings, something he has been missing ever since his appointment of captain. Hafeez scored 67* giving Pakistan a comfortable win.

Sportsmen have dry patches and dismal run phases, but that does not mean you drop them from squads full of youngsters requiring experienced players to be play the role of mentor to them. Players like Hafeez and Malik may inevitably go through such a time period. They do not and cannot reinvent their techniques at this stage of their careers. However, they need support from the team management and selection committee to end their careers on a high note.

The selection committee continues to astonish us with such decisions time and again. Till when will our players be mishandled? This mishandling is the reason talent in Pakistan isn’t utilised and our sports teams are not what they were in the past. With the T20 World Cup 2020 months away it will be interesting to see what decisions are made and what affects these decisions have on Pakistan cricket and its future.