Many of us have heard of T-20 cricket and Sarfraz Ahmed in the past few days, even if we don’t actively follow cricket. This is because the Pakistan T-20 Cricket Team won 11 consecutive series, a feat remarkable in itself, but even more so for a team, which got knocked out of the ICC T-20 World Cup 2016, lost consecutive T-20 series, one of which was at home. So what happened? How did the team perform so well? How did the team have a dip in its form?

The Pakistan Cricket team, under the leadership of Shahid Khan Afridi, got knocked out of the ICC T-20 World Cup 2016. Since then, till 2019, it has performed exceptionally well. One of the major reasons for this was the Pakistan Super League (PSL). The credit goes to Najam Sethi and the PCB for organising the Pakistan Super League. Its first edition was held in 2016, and the results are evident. With a majority of the players from the League now in the national squad, the PSL has not only given us these players but has also served as a platform for grooming players already present in the team and as an incubator for newer players. After all, any good domestic league should give confidence to players; help them regain form and make them experiment with their capabilities.

Another reason behind this success is that since the inception of the T-20 format in 2005, with the first match being played between England and Australia, Pakistan has always fared fairly well, winning around 65 per cent of its T-20 matches to date. In the 2007 T-20 World Cup, the first of its kind, Pakistan reached the final, ultimately losing to arch-rival India in a nail-biting contest. In 2009, Pakistan won the T-20 World Cup. In 2010, Pakistan reached the semi-finals; losing to Australia in what some would call an easily winnable match. Pakistan has always had a decent T-20 outfit. 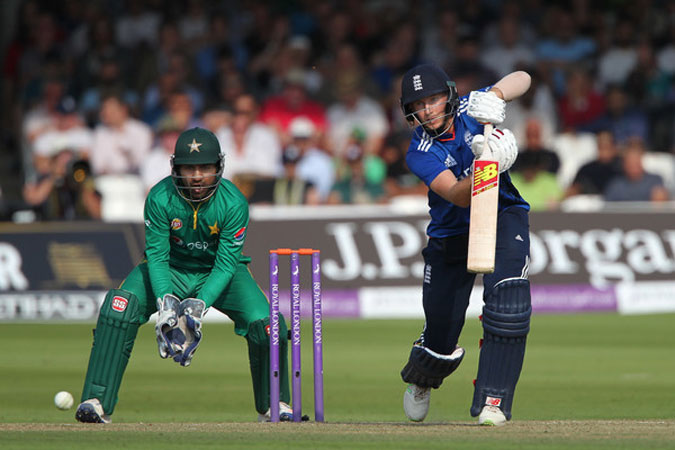 Perhaps what always gives the green shirts an edge as a team is the bowling unit. Currently, Pakistan’s bowlers constitute the best T-20 line up in the world. This is because of the variety they bring to the mix. With pacers like Amir and Shaheen Shah Afridi (also a product of the PSL), this bowling attack is one to be feared. There is a left-arm off-spinner, Imad Wasim, who can spin the bowl both ways and bowl accurate lengths containing the opposition in the PowerPlay. A decent pacer in the form of Hassan Ali can get the team wickets whenever he is introduced into the attack. You also have a specialist leg spinner, Shadab Khan whose wrong uns can stun any world-class batsman. Then you have a medium pacer, Faheem Ashraf, who can bowl short deliveries and contain runs. Such a diverse, young and energetic bowling attack coupled with Sarfraz Ahmed’s use of his men led to Pakistan becoming the No. 1 side in the world.

Pakistan’s batting has been a cause for concern in the past decade but when it comes to T-20 Cricket, our batting figures are fairly decent. Perhaps our batsmen feel more comfortable batting for fewer overs, as they know the innings are short. Perhaps this allows them to be more flexible with the shots they play. Whatever the case is, our batting in T-20s is better than our work with the bat in ODIs.

So what happened? How did the No 1 team suddenly start losing so often? The home series against Sri Lanka was a disappointing loss but that was because of poor selection and management. Spots were emptied for the comebacks of Umar Akmal and Ahmed Shehzad and the absence of experience in the likes of Shoaib Malik and Mohammad Hafeez most certainly made an impact. Up next was the series in Australia where the upcoming T-20 World Cup is to be held. This series was not going to be an easy one due to the conditions and the lack of experience within the Pakistani squad. It was inevitable that we would face a loss. Lack of experience, debutants, inexperienced frontline pacers and a sudden change of captaincy all resulted in another blow to the No 1 side.

The home series in Bangladesh saw the recall of Hafeez, Malik alongside some other important members of the T-20 side. Pakistan won 2-0 with Hafeez and Malik both scoring a fifty a piece in two matches; guiding the team to victory. As mentioned above, a bowling line up with so many options is one to be reckoned with. The recent discovery of Haris Rauf, who can bowl at express pace, and the addition of Usman Qadir makes the Pakistani bowling line up for the upcoming World Cup one to be reckoned with. As for the batting, however, a lot of questions are yet to be answered by the selectors. Does Abid Ali become a permanent part of the T-20 setup? Is a recall of Hussain Talat on the cards? Will Ahmed Shehzad or Sharjeel Khan make a return? What will happen if Fakhar doesn’t regain form? All these questions will hopefully be answered after the upcoming edition of the Pakistan Super League. As for the middle and bottom order, Hafeez, Malik and Iftikhar do well with our all-rounders.

An amalgamation of all these factors has resulted in Pakistan priding itself on its No 1 spot in the world of cricket. Sarfraz’s bold captaincy ushered a new era of hope in Pakistani cricket, injecting a much-needed dose of vitality. Now that he is removed hopefully, Babar will bring the team back to success and on winning lines before the T-20 World Cup 2020. Hopefully, this young team will continue playing like this and translate this success into other formats of the game as well; restoring the Pakistan cricket team to the much-feared group of cornered tigers, it once was.