Big leap ahead for E-Commerce in Pakistan

Pakistan, the sixth most populous nation in the world, is all set to unlock its digital potential, and the government is taking various measures to facilitate tech startups and entrepreneurs. The prime minister recently launched the “Digital Pakistan Vision” that claims to give internet access and connectivity to every citizen. This act can generate 36 billion dollars and four million jobs by 2025.

Almost 60 percent of Pakistan’s population is under the age of 30. The e-commerce market in the country is largely untapped and presents a huge business opportunity. “I should have given attention to a digital Pakistan earlier,” said Prime Minister Imran Khan during the launch ceremony of the initiative. “This is the most important thing for Pakistan right now, especially its youth. The whole world is moving forward digitally and we have been left behind.”

The initiative, led by an ex-Google executive Tania Aidrus, further promises to develop a digital infrastructure, provide tech skills training and make it easier for startups to set-up and run businesses.

The tech startup that does things differently in Pakistan

Cheetay is changing the way tech companies do business in Pakistan. This homegrown company is an on-demand logistics startup that connects restaurants and other storefronts with customers.

Founded in 2016, Cheetay is a pioneer to adopt the NOW-commerce model in Pakistan. Previously focusing only on food delivery, it now operates in five different verticals: food, pantry, pharma, dairy and errand, and has transformed into an everyday app that will change the way people shop.

The company uses powerful algorithms at the backend to understand consumer behaviour and have successfully applied insights to introduce relevant multi-categories. Customers can get eggs, milk and other groceries delivered from their nearest convenience store on a loop on their chosen day and time. The other categories are all aimed at providing consumers last-mile delivery logistics and bringing convenience to their lives.

“Pakistan has a large population with some defined problems seeking solutions,” said Faisal Sherjan, Director of the National Incubation Centre (NIC), a creative space where entrepreneurs can work, share ideas and collaborate. “It’s the perfect environment for entrepreneurs who have the knowledge, skills and purpose to offer solutions that scale on the back of technology.” 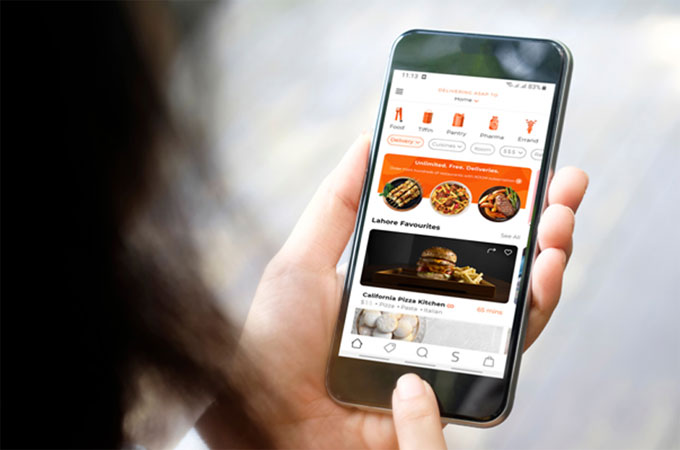 Cheetay is one of the highest early stage funded startups. It raised $7.8 million in Series A investment by US-based financers. It was founded by Ahmed Khan, a strong advocate of developing an eCommerce ecosystem in Pakistan. Before starting Cheetay, he was the Managing Director of Rocket Internet, where he successfully launched ventures like Kaymu, Daraz, EasyTaxi, Carmudi and Lamudi. Daraz was acquired by Alibaba for $150 million.

“Pakistan is the next big frontier market for investments. The youth is leading the tech revolution in the country,” said Khan who is leading initiatives that connect entrepreneurs with the government. “Startups can attract tremendous amounts of FDI into the country and create more jobs than any other sector.”

Majid Khan, Cheetay’s CEO, is a Stanford GSB graduate who previously worked as the founding principal at the Tourbillon Capital, a four-billion-dollarhedge fund in New York.

“Now is the best time to invest in Pakistan,” said Majid, who is a strong supporter of harnessing local talent. “With less than one percent market penetration, there is a huge untapped market for eCommerce in the country. The key to success is to find the right product-market fit.”

In a country where most transactions are done on cash, Cheetay is moving towards being a cashless company. The business model seamlessly incorporates digital transactions between the riders, customers and vendors. This is the most important step towards financial inclusion and transparency. Each and every transaction is recorded at the back end. Customers do have the option to receive cash at any step of the transaction according to their preference.

Cheetay is one of the few organisations in Pakistan to provide equal employment opportunities and a safe working environment for minorities. It has a diverse workforce that includes members of transgendercommunity, women, Christians and other minorities. “I am very comfortable working at Cheetay. The work environment is conducive to growth and my colleagues are very encouraging,” said Rayyan (name has been changed to protect identity).

Headquartered in Lahore, the company has extended its operations to Karachi, Islamabad, Rawalpindi, Bahawalpur, Faisalabad, and plans to expand to 10 more cities by the middle of 2020. The platform now boasts of more than ,2000 vendors.

Cheetay has attracted the smartest people from universities like Stanford, Cambridge, London School of Economics, NYU, Boston University, and Hong Kong University. Its employees have worked for top companies such as PwC, Goldman Sachs, Google, Bloomberg, McKinsey, HarperCollins Publishers and Foodpanda, to name a few.

In a Twitter post on January 1, 2020, Tania Aidrus wrote: “Journey to a DigitalPakistan is a marathon not a sprint, but we have all the right ingredients in place to show the world what Pakistan can be capable of.