Without completely weeding out of the “political mafias,” the future of Pakistan will remain bleak.

The Supreme Court of Pakistan (SCP), in its historic judgment in the Panamagate case on July 28, 2017, disqualified Mian Muhammad Nawaz Sharif from holding any public office. The bench was headed by Justice Asif Saeed Khosa, who later became the Chief justice of Pakistan, while other members were Justices Ejaz Afzal Khan, Gulzar Ahmed, Azmat Saeed and Ijaz-ul-Ahsan. The terms “Sicilian Mafia” and “Godfather” were also highlighted.

There was a famous dialogue in the 1972 epic Hollywood movie “Godfather,” “Behind every fortune there is a crime’.”

A Pakistani version of the film was produced at Lollywood with the title, “Andata.”

Both movies did roaring business though the complexities of crimes portrayed were very different. There were some commonalities as well. There were no proofs and no evidence as such conviction remained impossible under the common law.

Al-Capone alias Scarface was one of the undisputed Godfathers of Chicago. Law could not touch him. He had the services of the best lawyers. Witnesses were eliminated. Finally, the Internal Revenue Service got him. His assets were not justifiable by the tax he paid. Once in the prison, his network of crime was shattered. He died before completing his prison term. There was a sigh of relief and peace was restored in the streets of the city.

Recently, there seems to be a campaign for the return of the political mafia now that they have been bailed out and even allowed to leave the country. The situation in Pakistan is unique in many ways. Historically, most mafias had their private networks through which crime was perpetrated. They bribed state functionaries to get their way but their authority remained covert. Only in the Islamic Republic of Pakistan were they allowed to control the levers of state with disastrous consequences for the nation. 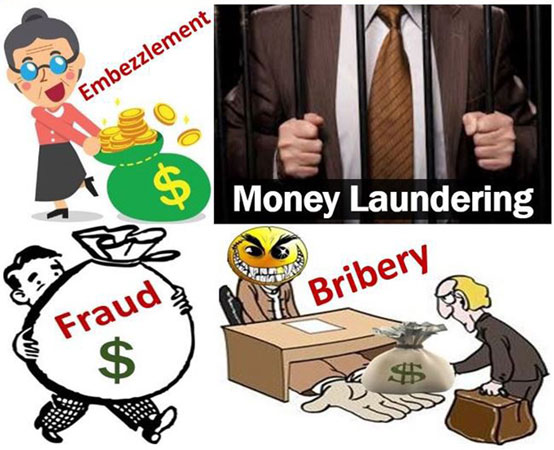 Recently, a senior bureaucrat mentioned that even from jail, no one in the Civil Bureaucracy of the province had the guts to disobey the orders of Nawaz Sharif. Their influence runs very deep in Punjab. Meanwhile, Sindh is controlled by Zardari with chants of “Jeyay Bhutto” (Long live Bhutto). While in exile, during the regime of Pervez Musharraf, Benazir and Nawaz Sharif signed the Charter of Democracy (CoD) in the comfort of London. They then paved the way for their return through the Lawyers Movement in 2007, which was followed by National Reconciliation Ordinance (NRO).

The dictator now openly admits that NRO was his biggest political blunder. Today, while he is fighting for his life, the nation is struggling for economic survival. Post-NRO period has been disastrous for the country and its economy. The government of Imran Khan is struggling to keep the republic afloat. Recovery of the loot and plunder remains a serious challenge.

Now that some cases are nearing conviction, the mafia is worried. In desperation, they are willing to lick the boots to save their skin. Another safe passage and return of the corrupt will be the proverbial last nail in the coffin. Yes, it is true that most cases under the National Accountability Bureau (NAB) were started by the two opposing mafias to protect their turf, which now they have both lost. Some corrupt did manage to escape the net of accountability by taking refuge in other parties. As a rule, all corrupt political beasts should be netted for cleansing the system.

Once the current lot is convicted, the remaining players should be charged for their corrupt practices. Due to COD, no fresh cases were reported to NAB. In fact, the old ones were also shelved with the understanding of taking turns. First, it was Zardari’s turn and then came Nawaz, who looted with impunity.

Assets beyond means is a legitimate method to curb white collar corruption, which should be pursued. The Common Law is too weak to control “white collar crime” as there are no witnesses and proofs. Only the assets stare at the nation. For all public office holders, money trails are essential for the justification of their properties and wealth.

Immoveable assets are like sitting ducks ready to be targeted at any time. In 1787, when the US Constitution was being drafted, each state sent its representatives to Philadelphia, which is now being called a miracle. They were all men of integrity and property owners who worked selflessly and tirelessly to frame the document. None of them were elected. It was the first written constitution of the world that has withstood the test of times with only 27 amendments. Meanwhile in our case, there have been 25 since 1973.

In the last 72 years, the Islamic Republic of Pakistan has experienced four military takeovers. Each dictator promised to combat corruption but instead left behind corrupt-to-the-core mafias. Some of them are now in their second and third generation of crime. Now, for the first time, a civilian and elected government has shown resolve to clean the stables. Despite severe institutional handicaps, the Prime Minister has shown resolve to eliminate the “Godfathers” of our politics. Such noble efforts should be fully supported to dismantle their networks of loot and plunder. Resurrection of the Political Mafia is in no one’s interest. Stripes of the leopard can never be erased. They have to be pushed into the jungle where they belong; allowing the nation to breathe and live and grow in peace and prosperity. In the 21st century, “Godfathers” should only be portrayed in novels and movies, not allowed to move the levers of state. This experimentation of the establishment has not worked in the past nor will in the future. For our coming generations, Pakistan has to be protected from this Sicilian-style mafia. Their resurrection will only result in gloom and doom.

The writer is former chairman of Pakistan Science Foundation