Science behind the possibility of Northern Lights disappearing in the future

* With the magnetic change in the core of the Earth, the North Magnetic Pole keeps moving over time 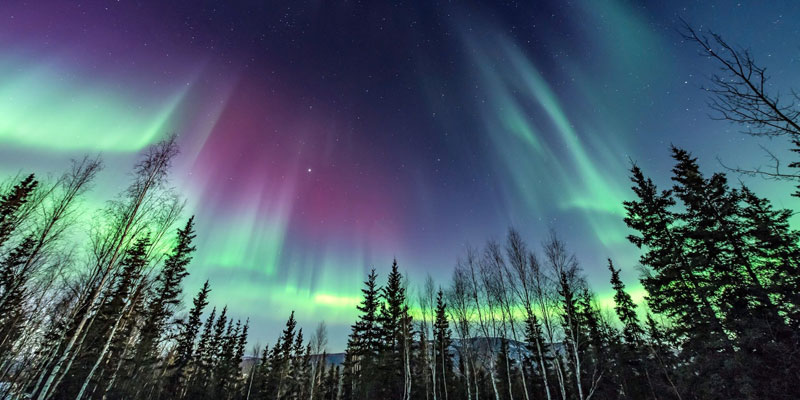 Every planet in the solar system has its own magnetic field. Similarly, Earth has its own magnetic field; north and south magnetic pole, which are separate from the geographic poles but connected with a field. North Magnetic Pole in particular, is a point wandering at a glacial pace (about 1,400 miles since its official discovery in 1831) on the surface of Earth’s Northern Hemisphere. The magnetic fields of Earth point vertically downwards to it; which is towards the Geographic North pole and the Geomagnetic North Pole.

Scientists have been able to keep track of the position of the North Magnetic Pole due to the slow wandering pace in the past, but the change over the century in the speed of it has made it somewhat difficult for the scientists to track it. Thus it is no longer easy for them to follow its path. This is because the pace at which the North Magnetic Pole wandered in the past was 6 miles a year, whereas now, it has rapidly increased to 30 miles a year. 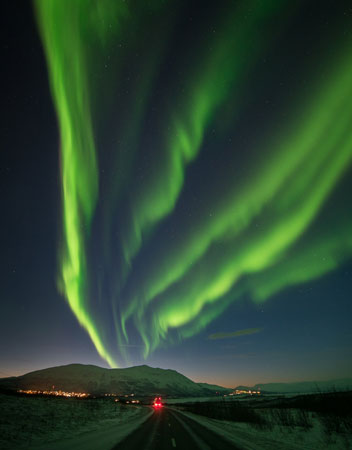 This is bad news not only for the scientists, but also the navigators. With the change in the wandering pace of the North Magnetic Pole, the computer models that were used in the past to track the movement are getting outdated. Hence it is getting harder to keep an accurate track of it. Regardless of the fact that the GPS still works fine, the compass based navigation can sometimes be unreliable in the polar regions. This means that the scientists and navigator cannot accurately map the location of the North Magnetic Pole until and unless an updated version of the computer model is produced.

Scientists have been able to keep track of the position of the North Magnetic Pole due to the slow wandering pace in the past, but the change over the century in the speed of it has made it somewhat difficult for scientists to track it. Thus it is no longer easy for them to follow its path

A major concern that rises with the North Magnetic Pole’s movement towards Siberia is its effect on the Aurora Borealis. These northern lights are formed as a result of the charged particles that emit from the sun and infiltrate the earth’s magnetic shield, causing it to collide with the atoms and molecules in the atmosphere. Since the North Magnetic Pole is moving and approaching towards the northern Siberia, it raises a big question of whether it will move the northern areas along with it. It still remains a mystery.

An aurora, sometimes referred to as polar lights, northern lights, or southern lights, is a natural light display in the Earth’s sky, predominantly seen in the high-latitude regions.

Auroras are the result of disturbances in the magnetosphere caused by solar wind. These disturbances are sometimes strong enough to alter the trajectories of charged particles in both solar wind and magnetospheric plasma. These particles, mainly electrons and protons, precipitate into the upper atmosphere.

The resulting ionization and excitation of atmospheric constituents emit light of varying colour and complexity. The form of the aurora, occurring within bands around both polar regions, is also dependent on the amount of acceleration imparted to the precipitating particles. Precipitating protons generally produce optical emissions as incident hydrogen atoms after gaining electrons from the atmosphere. Proton auroras are usually observed at lower latitudes.