Last Wednesday, Meghan and Prince Harry took to Instagram to announce their plans to ‘step back’ as active members of the royal family. Their freshly aired website, where they published a detailed ‘personal message’ regarding this transition, was initially so frequently visited by panicked royalists that it clogged up for hours on end. The infamous British press, with whom the couple has always had a bone to pick, coined the witty title, ‘Mexit,’ for this historic withdrawal. There is no doubt about the fact that Meghan Markle has poked some glaring holes in the British tabloid culture in her short history as a royal, from suing two of them for publishing a personal letter to her father, to an emotionally revealing interview in the couple’s documentary, ‘An African Journey,’ about how she had been warned that they would ‘ruin her life.’ But this friction with the media was taken to a whole new level with the publishing of their updated approach of engaging only with ‘credible’ media organizations, raising imminent questions about freedom of the press and the treatment of journalists by public figures.

From capturing the first glimpses of royal babies to documenting every public engagement, royal reporters claim they spend hours waiting for the perfect picture, in sunshine and in rain, and thus deserve better than being blamed for Meghan’s unhappiness and inability to blend into British life. Many even went on to argue that, as public figures raised on taxpayer money, the royal family is not entitled to a normal private life, and thus must endure the endless speculation with a stiff upper lip. Furthermore, they add that if the Sussexes aren’t pleased with everything they see in the papers about themselves, that’s the whole point. By choosing to cooperate only with media groups of their choosing, they’re essentially crowding out free press in an atmosphere where reporting on them is a business of its own. If Camilla and Kate can do it, why can’t Meghan? But that’s the problem: Camilla and Kate did it. And their cooperation enabled a very unequal form of reporting and media consumption to become the norm.

From capturing the first glimpses of royal babies to documenting every public engagement, royal reporters claim they spend hours waiting for the perfect picture, in sunshine and in rain, and thus deserve better than being blamed for Meghan’s unhappiness and inability to blend into British life

Throughout the recent history of the royal family, the female consort has always been subjected to a disproportionately greater amount of criticism and speculation, and not just Diana. From scandalous headlines and insider scoops regarding Camilla’s early relationship with Charles to the flurry of recent articles about the Duchess of Cambridge being in a malicious ‘war’ with Meghan, because of course, women need to hate fellow women. This sexism is what the tabloids feast on, and what the British public consumes. Meanwhile the men, if even reported on, are presented in a mellow light, unmarred by scandal and drama. And I’m not even getting into the racism. 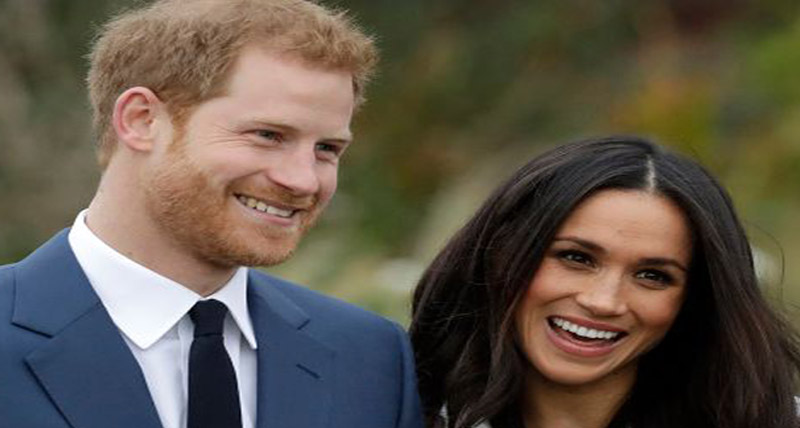 As for Harry, everyone seems to have bought the persona of the young, enthusiastic, people-loving prince, dedicated to philanthropy and noble causes, forgetting that he wasn’t always that way. Prior to this behavioral renaissance, Harry was the one on the wrong side of the tracks, with his family hastily covering up after him. From wild parties in the US to a wearing a Nazi armband as a constume (just two weeks before the sixtieth anniversary of the liberation of Auschwitz), we can’t say we expected him to become the best-fit royal ever. Therefore, I find it quite confusing how the avalanche of blame for him and Meghan abandoning their traditional roles, has descended entirely on his wife. The prospect of a happy, normal, married life may have been the impetus for them deciding, together, to move out. In short, Meghan did not singlehandedly ‘make’ the pure and innocent grandma’s boy go rogue. If nothing else, we should have anticipated some independence on their part. Afterall, the first royal to be black, divorced, in an opposite age-gap marriage and to top it off, a feminist, was bound to be a breath of fresh air in the musty walls of Buckingham Palace.

The particularities of the plan will probably be ironed out in the “coming days,” as per the request of the Queen, whose goodwill in response to being blindsided by the Sussexes was oddly surprising. Only weeks ago she banished her own son, Prince Andrew, due to his ties with convicted sex offended Jeffrey Epstein, restating her ruthless determination to maintain the purity of the monarchy. But then again, Harry and Meghan’s ‘crime,’ is simply modernizing their experience with their royal roles, which the Queen should arguably embrace if she wishes to sustain her family’s popularity and relevance in the modern age.