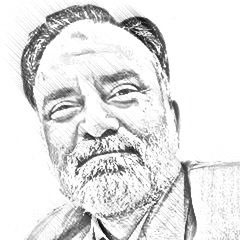 “India’s military policy has drastically changed under the leadership of General Bipin Rawat, Narendra Modi and his national security adviser Ajit Doval”, this is how observes Vivashwan Singh, an Indian political activist. His anguish over the politicization of ‘apolitical’ Indian army is visible. India’s Daily O.com news portal, headlined on February 2018″ the fall from grace has been unabated for Indian army.”

Indian Army has always prided on its secular and apolitical character under wide variety of political masters. But that was when its chiefs did not succumb to plum posts and perks and did not sacrifice their soldiers in pursuits of political agenda of the government. Now no more those larger than life leaders.

“Army Chief Bipin Rawat speaking against CAA Protests is wholly against constitutional democracy. If Army Chief is allowed to speak on Political issues today, it also permits him to attempt an Army takeover tomorrow!!” – tweeted Brijesh Kalappa, a spokesperson of the Congress, as reported in Indian NDTV. Indian political leaders of all hues and shades have expressed their displeasure over gradual politicization of their armed forces under BJP rule.The Hindu, normally a staunch pro establishment newspaper, had to remind General Bipin in an unusually harsh editorial that Army men had no business to comment on political issues “The Army Chief’s remarks could have been discounted as an unfortunate slip of the tongue or a one-off instance, if it were not for the frequency with which he weighed in on matters he ought to have been extremely circumspect about, in public at least”.

The frequency of making vividly political comments, in favour of ruling party and their political philosophy has not been appreciated by political class of India, except of course the ruling BJP and their ideological base, RSS. But the lure of perks and elevation to higher position in defence hierarchy has been so irresistible that Gen Rawat decided to brush aside the decades long military tradition of staying apolitical. To be honest, political masters have not been disappointing either and have granted Indian military what no other political party could dare to do: partial removal of civilian control over military affairs.

Creation of Chief of Defence Staff was a long-held desire of the Indian armed forces to improve tri service coordination and to be counted in decision making process. BJP not only acceded to the demand but also placed newly created CDS directly under defence minister, bypassing usual chain of command of military men reporting to ministers through a civilian secretary to the government. This brings CDS at par with civilian bureaucrats of defence ministry and allows defence forces direct access to the ears of political masters, a dream come true for Indian military. This development, when seen in the context of current geopolitical situation of South Asia, only creates fears of an increased escalation.

Gen Manoj wants to imitate his predecessors in stoking fires of tensions and gain equal if not bigger reward at the end of his term. But this playing with fire can cost dearly to the peace of South Asia and world in general

BJP tried every trick up its sleeve to come back to power in 2019 polls. It even took South Asia to the brink of a war when Modi ordered IAF jets to strike on an alleged terrorist camps at Balakot, Pakistan. Next day Pakistan retaliated and struck Indian military targets, destroying an Indian fighter jet and captured its pilot. This all high suspense drama was played barely 6 weeks before national polls in India. As expected, Modi was able to sell the Balakot strike to masses, projecting a strong man image and got sweeping majority to run India for another term. But that’s perfectly fine in politics and it is done the world over. What’s so special when Modi does it?

The secret recipe of Modi and his coterie is to stoke tensions on Pakistan-India border whenever in trouble domestically. Timings of most cross-border tensions between India and Pakistan during 2019 (coinciding with state or federal elections) offer a lot to misgiving of misuse of professional armed forces of India in furthering political agenda of BJP. Indian Balakot strike and claims made by Indian defence force (shooting down a Pakistani Fighter jet) in its wakelacked credible evidence and were never accepted by international community. IAF has admitted of a helicopter fratricide on the day of Pakistani strike. How do you hide operational and tactical failures of this magnitude? Stoke further tensions along borders.

Gen Rawat appeared to have played in the hands of political masters for his personal gains. He has been elevated to CDS position as reward for his services to BJP. This has set the expected performance standards from armed forces’ leaders in no ambiguous terms; service chiefs can expect a transactional relationship with political masters.

Appointment of a former Indian army chief, General V K Singh as minister for road transport and highways by BJP was first clear signal to armed forces chiefs. Gen Rawat did not miss the message and complied to receive a life time glory. Temptation would be hard to resist for new incumbent Gen Manoj, who in his first interview after assuming command, further compounded the prevailing tensions by saying “we reserve the right to pre-emptively strike at sources of terror”. The Army Chief said India had “multiple options across (the) spectrum of conflict… to respond to any act of terror sponsored or abetted by Pakistan”.

No wonder Gen Manoj wants to imitate his predecessors in stoking fires of tensions and gain equal if not bigger reward at the end of his term. But this playing with fire can cost dearly to the peace of South Asia and world in general. BJP wants to divert attention from a miserable economic performance and accusations of rampant politically motivated corruptions in public finances. The Indian occupied Kashmir is simmering and Citizenship Amendment act (CAB) is also a thorn in the back. Pakistan bashing appears to be the last resort of BJP and its new political ally, Indian Army.