The war that led Afghan society drained and devastated

Afghanistan’s war is defying solutions. Picture in Afghanistan is still far from rosy. Civilians are continuously suffering losses in life and property. The US is searching for a fig leaf intended to hide its thinly-veiled defeat and the Taliban have larger swathes of territory under their control. This war has left the Afghan society drained and devastated. Despite spending staggering 1.5 Trillion $ on the Afghan war, the US deserves no bravo for its efforts because the US has failed spectacularly and at a staggering cost. 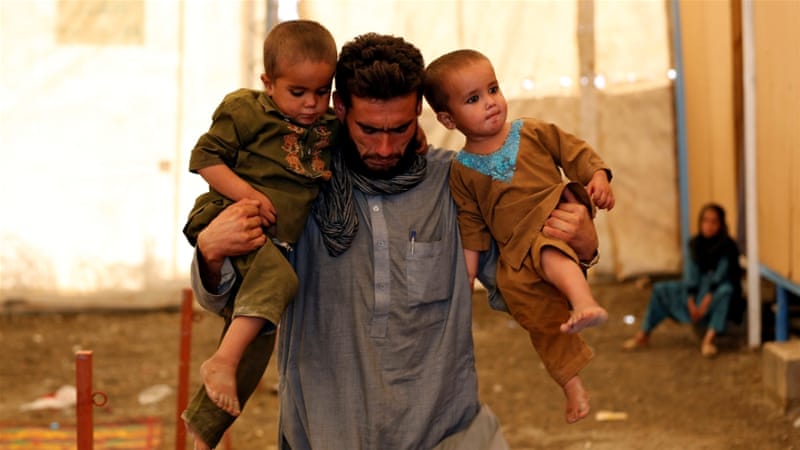 Common sense compels us to raise a question that who is responsible for the gloom and doom persisting in Afghanistan for decades? The unforced answer is: it is the United States of America that should carry the blame. In his novel The Great Gatsby, F. Scott Fitzgerald described two of his privileged characters, Tom and Daisy, as “careless people” who “smashed up things and creatures” and then “retreated back into their money or their vast carelessness” to “let other people clean up the mess they had made.” That description stands compellingly accurate for the USA. Its neoconservatives planned things for demonstration effect but their policies have been a massive failure. And now they are saying: ‘We’re outta here; you guys sort this out’. However, one has little reason to take ‘ unforced answer as a ‘ true answer’. The US shares a part of the blame but it’s unfair to single it out. There are many culprits, some visible and some invisible but ubiquitously present everywhere, which are making troubles.

To intensely understand the conflict in Afghanistan, one has to verse into history. Afghanistan has ‘breathtaking geography’ as put by Robert Kaplan in his famed book, ‘ Revenge of geography ‘. It comprises the historic crossroad region in Asia. This diabolically important geopolitical importance of Afghanistan has had made it a place where world powers are remorselessly busy in cowering rivals and therefore, Afghanistan has a turbulent history. As rightly stated by Amin
Saikal in his book, Modern Afghanistan: A History of Struggle and Survival, that “rare is the country that has sustained as many blows and such hard blows, as has Afghanistan since its foundation as a distinct political unit in 1747. It is the only
country that has experienced military Occupation and intervention by Great Britain (twice in the nineteenth century),
the Soviet Union (in the 1980s) and the United States of America ( since late 2001). This perpetual state of war rendered war a lifeline for the people and which is why Afghans display an aura of invincibility when they fight enemies. However, this overreliance on war has many downsides. War has overridden so much of political normal debate in Afghanistan that people have a vanishingly small understanding of other daily affairs. Consumed with war, they are being cast as a fool, corrupt and as terrorists but in reality, they have a deeper appetite for love and peace. They are groomed to believe that Islam is under threat. This religious mobilisation bolstered by fanatical courage has made the society in Afghanistan deeply conservative and has toughened the nature of Afghans. War and violence are not normal conditions for them, what is normal is people in Europe and America being lied to about the irreconcilable nature of Afghans.

Adding to this electrifying state of affairs, ethnic disintegration has proven to be increasingly counterproductive.

The country is atomized along ethnic faultlines. The non-Pashtun population wants decentralization while Pashtuns look at a strong center as the possible remedy to the patchwork of competing for power bases. This self-Deeping ethnic fragmentation is making state-building an enormously difficult. Being war-torn and terror-stricken, Pashtuns seldom land in governmental jobs and non-Pashtuns have monopolized the apparatus of the state. Aggravating the issue, head of state is always from Pashtuns because they have a greater share in the electoral college. This disconnect between executive head and state apparatus, though underreported in media, is a greater hurdle in the path of state-building. The recent case of elections fits this pattern of a country.

The rivalry of Dr. Abdullah Abdullah, a polarizing figure, with dr Ashraf Ghani, has ethnic hues. Quite interestingly, Pashtun leaders support integration but assimilation to the extent of shedding their region is unacceptable for them. Dr. Ashraf Ghani’s Cabinet is dominated with non-Pashtuns but they often spar with him over petty issues. However, there are brighter spots in this dismal picture. In the Film industry, Sports and other apolitical fields of life, Afghans are united in their diversity. But this unity is not graduating to peace mainly due to the perfidy of the US. Many people suggest that the US periodically creates divisions among Afghans to make their country a ‘ leaking bucket ‘. When Karzai was asserting break from dependence on US aid, warlords from North of the country rebelled at the instigation of the US. Skeptics of the US may point out that the US cast Karzai as a corrupt ruler through internet-peddled conspiracy theories and man-made economic dislocation only to cut him down to size.

Many Afghans consider American boots on their soil as colonial transgressions. After a largely put-up job of 9/11, war’s manager in the US decided to destroy Al Qaeda that is too elusive to target. It was, of course, foolish to prolonge war in times when the Taliban were eagerly waiting for a face-saving walkway. The self-justified drive of President Bush to rid the world of evil was fundamentally wrong. General Douglas lute, former representative of US for NATO, was absolute to the points when he said, ‘‘ We were devoid of fundamental understanding of Afghanistan- we didn’t know what we were doing ‘’. Americans impinged on Afghanistan without versing in Afghan history. Since then, they are kidding with Afghans while consigning the latter to the furnace of war and terror. Lt Gen McMaster, then-trump national security advisor in 2017, ridiculously convinced trump to send Afghanistan more troops, after showing him a 1972 photo of Afghan women in miniskirts as evidence that Afghanistan loves west and Europe. If one says the US is the unwanted monster in Afghanistan, it is not an overstatement.

Geography, it is true, is the greatest ally of Pakistan and more correct is that this greatest ally of Pakistan is Afghanistan’s thorn inside. As rightly put by Max Fisher and Amanda Taub in NewYork times, ‘Afghanistan is trapped in another paradox. Its location puts it at the mercy of several foreign powers, all of whom would benefit from seeing Afghanistan stabilize but also stand to lose out if another country dominates’. Pakistan is more relevant in Afghanistan’s context than any other foreign country is. It won’t be a stretch to say that the policy of nurturing proxies in Afghanistan became the instrument of our national policy in the 1980s. As the US needed Pakistan for access to Afghanistan, it didn’t object to its good-terrorist-bad-terrorist policy. Pakistan has been continuously supporting the Taliban, dismaying the UN-recognized Govt in Kabul. The Taliban have no qualms about attacking Civilian target resulting in hatred among civilians against them and their sponsors.

This discussion leads us to the bottom line that is centered on the steps essential for solving the conflict in Afghanistan. Fatima Bhutto, a leading writer, and analyst, once answered a question pointing to the extremism in South Asia that terrorism is the question of powerlessness and fear. The most effective way to counter the spillover of radicalization is to invest in socio-economic development. Predicating discussion on her explanation, it can be argued that Afghans have long suffered due to the geopolitics of world players. More than militants alone, benign-sounding foreign actors are responsible for the avalanche of chaos in Afghanistan. If the world really wants to sound truthful on its commitment, it should invest preferably in Afghanistan. Hard power should be replaced by soft power and let hearts rule heads.

However, socio-economic development can’t alone guarantee peace in Afghanistan. Neighbors of Afghanistan should give up on their zero-sum expansionist agendas. This policy of harboring militant groups for regional interests is dangerous; it has brought the region incalculable grief.

With hindsight, Afghanistan shouldn’t have been fought over by a bevy of outside powers; what followed and tragically continues to this day due to the iron hand of US in velvet glove should be put to a stop through engaging Afghans and they, Afghans, must be too rational to be dragged into geopolitical wars. Unquestionable primacy which they give to their past and history; which eliminates chances of new alliances, should be condemned to relics.

The writer is a student of Law at the University of the Punjab, Lahore. He can be reached at @MandokhelSohail