The large-scale government cash transfer programmes have become an important element of social protection and poverty reduction strategies throughout the developing world. Pakistan is no exception. In 2008, Pakistan established the Benazir Income Support Programme (BISP) as an unconditional cash transfer targeted at the poorest of the poor. The primary goal of BISP is to provide the poorest households in Pakistan with unconditional monetary transfers in order to improve their consumption and their investment in children. 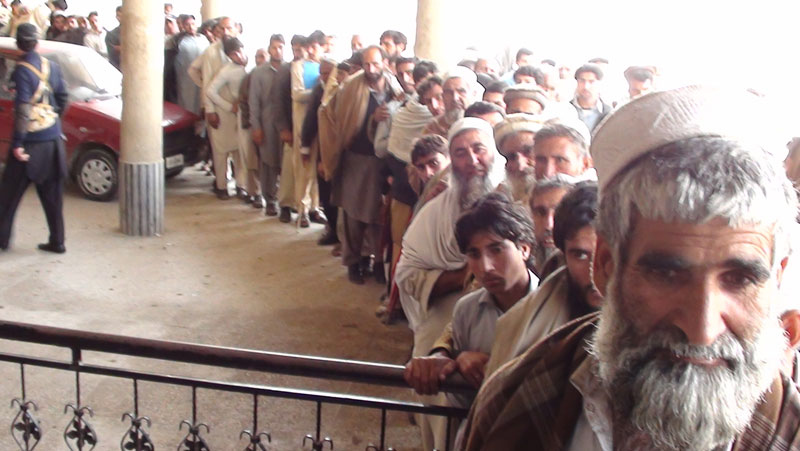 To attain this goal, it is considered important that the transfers are made directly to women to ensure that the funds are spent as intended. Beyond changes in consumption and investment, directing these transfers to women also helps to empower women by increasing household resources under their control.

Recently, the federal cabinet gave approval to the removal of 820,165 beneficiaries from the BISP database, describing them as undeserving. Later, the BISP officials shared the number of beneficiaries belonging to different strata. According to the shared infographic, it contained only the category and the number of removed beneficiaries; however, no details were shared on the official website. The ten exclusions were made into ten different categories.

For seeking passports via executive centres, 666 beneficiaries were excluded; 580 were excluded because their spouses availed the service. 36,970 people were expelled from the list because three or more family members paid executive fees for obtaining computerised national identity cards.

Surprisingly, all the categories mentioned by the BISP authorities require extensive academic research to exclude the mammoth number of beneficiaries. For instance, the beneficiaries who had one or more vehicle registered totalled 43,746, and those beneficiaries were removed.

Beyond changes in consumption and investment, directing these transfers to women also helps to empower women by increasing household resources under their control

Undoubtedly, the sudden removal of more than0.8 million beneficiaries has led towards controversy, and the matter, therefore, has been politicised. The details of the beneficiaries have not yet been revealed by the BISP authorities, which has further generated a serious debate and hostility between the political parties.

The basis of the removal of beneficiaries may not appeal to academic researchers. There are reasons for which academicians may disagree with government’s flawed, research-based removal of the beneficiaries. Firstly, the data is not primary, which is the core requirement of the inclusion as well as exclusion from the social safety nets. It is noteworthy that access to data of BISP is not available to everyone. Even researchers are denied the data that they need for partial fulfilment of their higher education.

I visited the BISP headquarters in Islamabad several times and met with one of the deputy directors of the programme. He told me that I couldn’t get the data for my master’s degree in economics. I wanted to research the same phenomenon: whether the beneficiaries were eligible or not. I showed them the application and followed the required procedure. Later, I came to know that only their ‘favourite’ people are facilitated with the data of BISP. The difficult access for researchers shows that the removal of beneficiaries is not done through a primary research.

Secondly, during my fruitless visits to BISP, I was told that the beneficiaries were given the money in cash or kind based on the 2011 data. It was shocking to me why the authorities could not revise the beneficiaries’ lists even after more than half a decade.

Thirdly, collection of primary data for 800,000 people and the current information about the beneficiaries of BISP takes sufficient time and resources. However, no such research at the household level is conducted by BISP; if it has done so, the information should be shared publicly so that the step can be appreciated, and trust is revived in the institution giving hope to the actual beneficiaries.

It cannot be said that BISP is hundred percent free of discrepancies but removing more than eight hundred thousand beneficiaries with no academic research-based reports will negatively impact the programmes actual target of alleviating poverty in the country. There could be better options for the government to make the BISP transfers more transparent, such as digitalising the payment and cash transfer system. India and Brazil are successfully implementing the same for their respective social safety net programmes. The best option for the incumbent government is to conditionalise BISP to achieve exponential targets alleviating poverty rather than removing the needy and the actual beneficiaries of the programme.

The writer is sub-editor at the Daily Times. He is graduate of School of Economics, Quaid-I-Azam University, Islamabad