* Sirbaz Khan, the only Pakistani to have completed five of the 14 8,000 metre peaks without supplementary oxygen is also joining the team 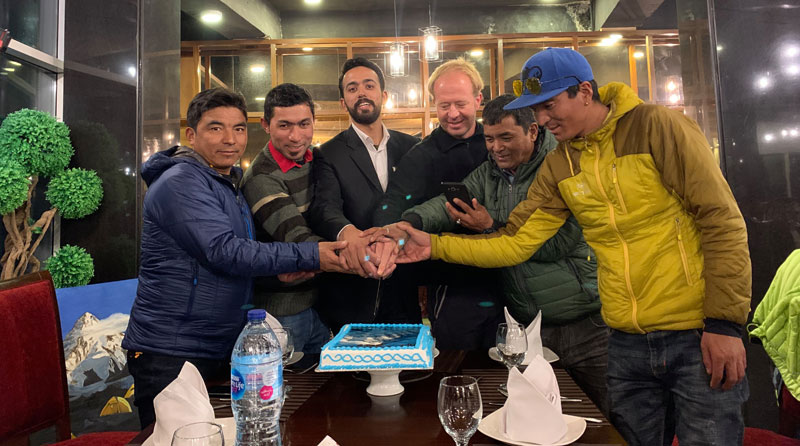 A group of climbers will be making history if they succeed in the K2 winter challenge embarking from Islamabad on January 7 to the summit of K2, the world’s second highest mountain in Pakistan’s northern areas.

Sirbaz Khan, the only Pakistani to have completed five of the 14 8,000 metre peaks without supplementary oxygen is also joining the team.

The K2 winter climb is currently the most coveted climb amongst mountaineers but the team’s success – like those before them – is contingent upon favourable climatic conditions.

Famously described by American climber George Bell as a “savage mountain that tries to kill you” K2 has a deadly legacy. An estimated 74 of its 280 summiteers have perished. Owing to a harsh terrain and the combination of elements, K2 is considered much more challenging to climb than Mt Everest.

Twelve previous attempts to summit the 8,610 metre mountain have so far been unsuccessful but Snorri maintains that this group has a chance, “Many, many people contacted us to join us but I was sure that a group that is too big will not be successful. A smaller team makes the goal easier to achieve. These members have been specifically put together for this climb by Mingma Sherpa.”

The group will spend approximately a month to acclimatise to conditions at the K2 base camp before seeking a three-day window with favourable weather conditions to summit the mountain.

For the final climb, the group has with them 15 oxygen tanks. The month spent at the base camp before the final climb to the summit is dedicated to acclimatising the body to the climate and adapting to the winter terrain.

Strong winds and heavy snowfall are the greatest barriers to the climber’s attempts. Previous groups have been unsuccessful because weather conditions have reached -60 C. Currently, conditions are recorded at -40 C in the region near K2, challenging the functionality of the human body. Ideal conditions would involve rock and ice with less snow and wind.

Although most climbers on this expedition have climbed K2 in summer, the winter climb poses significant differences and acclimatising to conditions will take the total length of the expedition to the end of February.

Snorri pointed out similarities between Pakistan and his home country Iceland. “I remember last time I was walking through Baltoro glacier and it felt just like home.” He continues, “One thing I remember was how polite and nice people were. I was invited into their homes for tea or bread. I feel good here, and when you feel welcomed it automatically makes you want to come back here.” 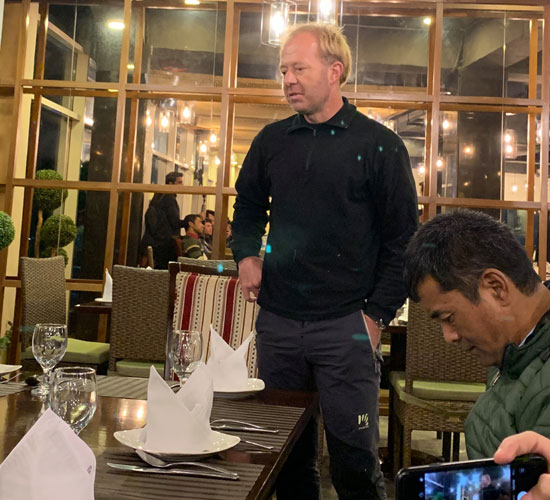 The team said that they have been preparing for a climb like this “all their lives.”

Despite twelve unsuccessful attempts to climb K2 in winter Snorri says, “If K2 is climbable in winter, then this is the team that can do it.”

“Apricot Tours the tour organiser for this expedition has been a responsible and reliable team for our journey. They were responsible for bringing all our goods up to base camp since October.

Snorri and Tomaz have both summited K2 in the summer of 2017 and 2018 respectively.

The writer is a freelance journalist, currently pursuing her Masters in Writing, Editing and Publishing in Brisbane. She can be reached at humaira.saeed@uq.net.au and Tweets at @SaysHumaira