The Afghan Peace and process

The Afghan peace process appears to be back on track after weeks of uncertainty. In September 2019, Donald Trump declared talks between the US and the Taliban “dead” as the world waited for an agreement to end the United States’ longest war.

Trump’s decision stunned Pakistan, which had played a significant role in bringing Washington and the Taliban to the negotiating table. The Afghan peace process holds high stakes for Pakistan: Islamabad’s interests are directly tied to a successful outcome.

Washington’s desire to secure an agreement with the Taliban motivated Pakistan’s involvement in the Afghan peace process. Increasing economic pressure on Pakistan, which could explode if the U.S. imposes sanctions on Islamabad for its lack of assistanceon Afghanistan, has added to the country decisionto support Washington. Not more than a year ago, Washington openly opposed Pakistan’s case at the International Monetary Fund (IMF) as Islamabad sought financial assistance to stabilize its failing economy. Over the last year, Pakistan led Washington closer to an agreement with the Taliban.

A peace accord between the United States and the Taliban also supports Pakistan’s interests. In the past, the country received immense pressure from the international community-including the U.S. and the Afghan government-as a result of its pro-Taliban policy. Now,Pakistan’s connections with the group are not only granting Pakistan Washington’s favor and assistance, but also vindicating Islamabad’s earlier policy of pushing for dialogue. 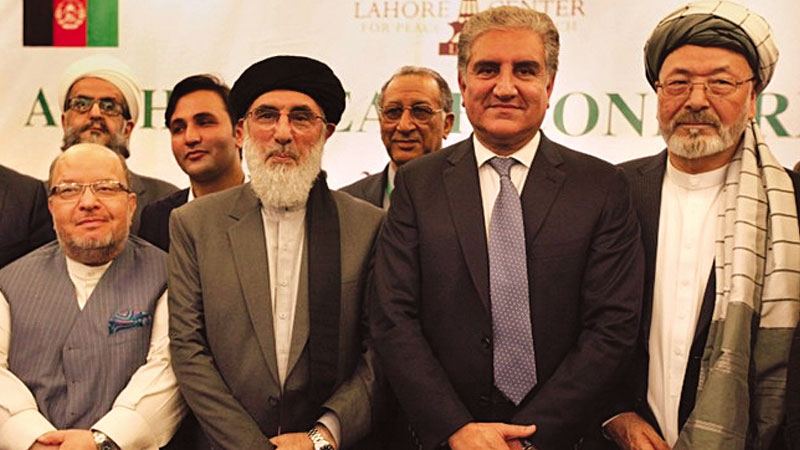 It’s important to note that the first meeting between the Taliban leadership and ZalmayKhalilzad, U.S.’s peace envoy for Afghanistan, after the collapse of peace talks, did not take place in Doha or Kabul, but in Islamabad. Moreover, the meetings coincided with the Afghan presidential elections, signifying the importance of Pakistan’s role in the peace process. It is likely that Pakistan refused to organize a meeting between the Taliban and Khalilzad at any other location than Islamabad. Arguably, in 2020, Pakistan can expect to have Washington’s support not only on the issue of Afghanistan but also in other areas such as the ongoing situation in Jammu and Kashmir. Going forward, it is in Pakistan’s interest to continue driving the conversation between the US and the Taliban on Afghanistan as the country remains a direct beneficiary of the process.

It’s important to note that the Afghan government still doesn’t represent the Afghan peace talks. Additionally, a scenario where the Afghan political elite directly becomes a stakeholder in the peace process decreases Pakistan’s clout over the entire debate as it involves participants – particularly the Northern Alliance – that are not supporter of Pakistan’s Afghan policy. As it happened in 2019, from Pakistan’s perspective, it makes sense that the ongoing peace process remains central to negotiations between Washington and the Taliban. In this regard, Washington has only aided Pakistan’s plan: in a nutshell, 2019 showed that Washington is not dedicated to a peace process that pushes for a conversation which involves all major political stakeholders from Afghanistan. If anything, Washington is committed to bringing together stakeholders that are pivotal to the cause of gaining an agreement with the Taliban.

In this context, it’s unclear whether Pakistan would be enthusiastic about an agreement beyond a deal between the U.S. and the Taliban. As of now, Pakistan is in the attention of encouraging peace talks to ensuring a deal between Washington and the Taliban. We have already seen that the Afghan government has always criticized Pakistan’s direct assistance. In 2019, responding to a meeting between the Taliban and Pakistan’s leadership, Afghan government said that “Hosting a group which continues to commit violence goes against all the principles of relations between countries.” For the Afghan government, the exclusion from the peace process means a virtual rejection of their role in the peace process. However, for Washington and Islamabad, what matters going forward, is keeping the Taliban engaged so that an agreement can be reached. Currently, it is unclearwhen the U.S. and Taliban are going to meet again formally to reinitiate dialogue. However, whenever the talks begin, they are likely to focus on the interests of the stakeholders directly involved in the process. For now, Pakistan is assisting in attaining a settlement between the US and the Taliban which keeps the country’s role central to the parties involved.