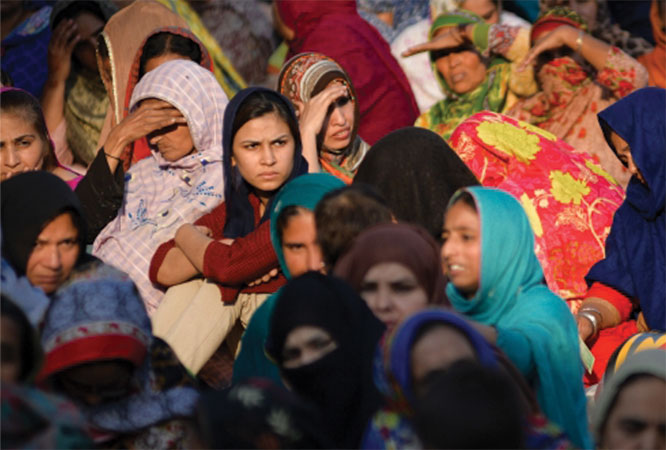 How did 2019 fare for democracy, for men and women of this country? Has democracy strengthened or weakened in this year? We look at the some key trends of the year with the help of press reports. It might be difficult to cover a whole range of issues of democracy and gender in a limited space. However, we point to a few markers. We have also consulted three experts (Khawar Mumtaz, former Chairperson, NCSW; Ahmed Bilal Mehboob, President PILDAT; Katharine Adeney, Professor and Director of the University of Nottingham Asia Research Institute) and their brief email responses are also included in this article.

Democracy in the year 2019 needs to be viewed in the context of July 2018 elections that saw PTI assume office at the centre and three provinces except Sindh. Ahmed Bilal Mehboob’s view is that “Although Civil-Military relations have always cast a shadow on democracy in Pakistan, relative fairness of general elections in 2008 and 2013 and peaceful transfer of power from PPP to PML-N had generated a renewed optimism about the future of democracy in Pakistan. The PTI Dharna (in 2014) and subsequent events exposed renewed civil-military tensions. A series of pre-poll events appeared to have been designed to influence the outcome of 2018 election. The RTS fiasco and unsigned Form 45 in such a large number of polling stations on the Election Day raised serious questions about the integrity of 2018 election. We are currently living through an era when democracy is probably in the weakest state.”

Three of these ordinances focused on civil justice system reform, the other three were meant to make the accountability laws tougher, one was meant to secure women’s right to inheritance, and another one was to establish a legal aid agency

The democracy in 2019 in the post July 2018 elections has been marked by a relationship of logjam between the government and opposition. Most of the opposition parties leaders have been subjected to relentless and lopsided accountability drive that at one time two former prime ministers and a former president were behind the bars, along with other members of political parties. Due this dysfunctional relationship between the government and opposition, the Parliament has become ineffective and not much legislation been passed by the Parliament. The government functioned by passing the ordinances that violate the spirit of Constitution. 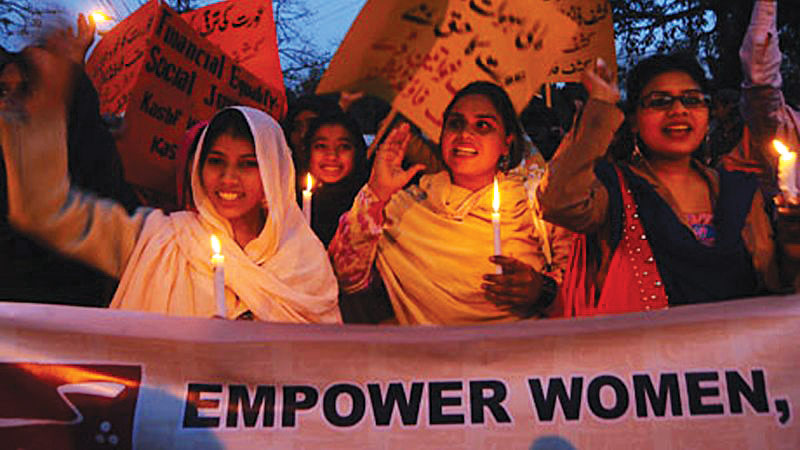 President Alavi promulgated eight ordinances on October 31, 2019. Three of these ordinances focused on civil justice system reform, the other three were meant to make the accountability laws tougher, one was meant to secure women’s right to inheritance, and another one was to establish a legal aid agency. This is in addition to the other eight ordinances that the government has promulgated in 2019. The government has been called an “ordinance making factory” and the Parliament’s role in legislation has been bypassed.

According to the lawyer Umer Gilani’s article, this running the government by the executive by passing the ordinances violates the principle of separation of powers between the legislature and executive. In the Parliamentary democracy, the legislature makes laws and government functions according to those laws. Such ordinance making violates the spirit of Constitution. A government is permitted to legislate through an ordinance only when there is some emergency or urgency such as during the war, famine, plague, or riots. Otherwise, the Parliament and its committees should be involved in the process of formulating and vetting laws. Opposition parties strongly objected to this legislation through ordinances. Later in November 2019, the PTI government withdrew recently promulgated 11 ordinances in exchange of the opposition taking back a motion of no-confidence against the Deputy Speaker of the National Assembly, Qasim Suri. A baby-step has been taken to work together with the opposition on legislation as these ordinances will be presented as bills in the Parliament.

Another issue where the government and opposition’s logjam relationship has weakened democracy to a great extent is the issue of the ECP’s Chief Election Commissioner’s appointment and also the appointment of two members, one each from Sindh and Balcohistan respectively. These two members retired in January 2019 and their successors should have been selected within 45 days of their retirement. The process for these appointments kickstarts three months before retirement. However, in the case of two members from Sindh and Balochistan, the President appointed two members by late August 2019 after seven months of delay. It was done after the government and opposition failed to reach a consensus on the issue. Members’ appointment was challenged and the Islamabad High Court in November suspended the appointment due to constitutional violations.

The Chief Election Commissioner (CEC) has retired in early December 2019 and till the filing of this article, the new CEC has not been appointed (a caretaker CEC is in place), though both the government and opposition have suggested names for this post. Due to this vacuum, the important functions of the ECP like investigation of political parties funds (including the five year old PTI foreign funding case) and revision of electoral rolls will come to a halt. ECP will also not be able to conduct by-elections or local government elections. Cases of disqualification and defection of legislators will also remain pending till the new CEC is appointed. It reflects a deep malaise of democratic dysfunctionality in 2019 due to the government and opposition tussle over NAB’s high-handedness and the overzealous accountability drive.

In the meanwhile, there has been a little letting off the pressure on the opposition as the ex-Prime Minister Nawaz Sharif was allowed to go abroad for his medical treatment. The government wanted him to sign surety bonds, however, the Lahore High Court allowed him to travel after getting an undertaking signed by him. According to Professor Katharine Adeney, “things are generally worse than they were in the 2013-2018 period (the machinations by the SC over Bajwa’s extension notwithstanding). We could see this event as a sign of institutions kicking back against the power of the military, but we would be naive to see this as signaling a major change. What has been interesting in 2019 is that we’ve seen that politicians are not powerless and the recent decision to let Sharif leave the country could be seen as significant…The one positive point I cling to is that despite the pre and post electoral rigging that took place in 2018, the electorate’s agency (in many parts of the country) is growing. This is something that deserves more attention in the study of the electoral politics of Pakistan.”

In another positive development, elections were held for the 16 KP provincial assembly seats in seven ex-FATA districts and six frontier regions in July 2019. According to FAFEN press release, it completed the process of constitutional merger of tribal districts with KP in the spirit of 25th Constitutional Amendment and it is a step towards the “consolidation of democracy”. All political parties and independent candidates contested these elections that were “competitive”. However, the process of mitigating socio-economic and political injustices against people living in former tribal areas is far from over.

In terms of gender, for Khawar Mumtaz, “2019 was significant for the elections in erstwhile FATA for KP Assembly on 2 July 2019 and especially for women’s active participation in these. For the 4 reserved seats 30 women candidates belonging to PTI, JUI-F, JI and PPP filed their papers and 2 women also contested on general seats.” Another important highlight of 2019 pointed out by Khawar Mumtaz was the Aurat March 2019 “where young women (as well as other ages, classes and professions) exercised their right of association and freedom of expression to speak out about violations of their rights.” Similarly in January 2019, the Supreme Court in its landmark judgment decided against jirgas and such other forum that violate women and other vulnerable groups’ rights while ruling on NCSW petition.

The writer is an Islamabad-based social scientist. Email: fskcolumns@gmail.com