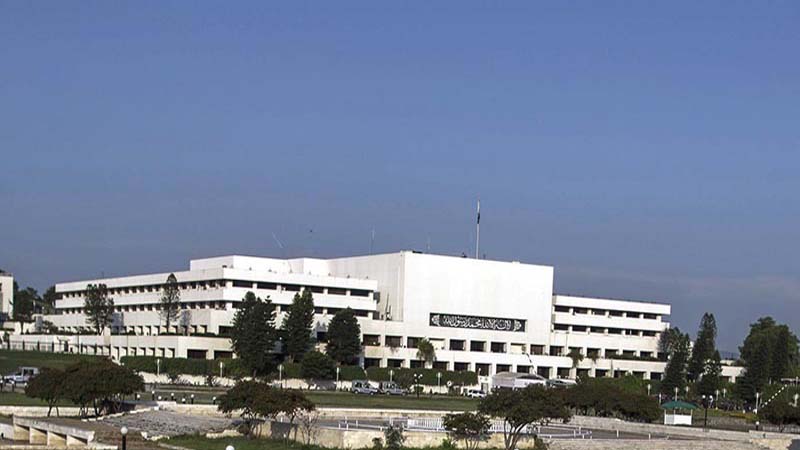 A legislative body of Upper House of Parliament on Thursday recommended the federal government for the issuance of Rs 21 billion funds to the Higher Education Commission (HEC) in order to avoid closures of varsities.

The recommendation was made in Senate Standing Committee on Science and Technology, which met today in Parliament House while Mushtaq Ahmad was on chair. A briefing was given to the Senate’s body by the HEC officials where they complained about the shortage of funds for running universities across the country. They apprised the committee that the commission had been allocated 45 per cent lesser funds by the authorities.

The officials said that the federal government had been contacted for the issuance of Rs21 billion funds to the institution but no response was made so far. They added the situation is worsening as the universities are unable to pay salaries to its employees as due to funds’ shortage. HEC needs additional funding of Rs10 billion for research purpose, they said.

Senator Gianchand expressed severe outrage over the negligence of the concerned authorities, saying that the government is now launching ‘langar khana’ after cutting funds of the education commission.

The chairman of the committee, Mushtaq Ahmed, urged the federal government to pay attention over the deteriorated financial situation of the educational institutions that would lead to the closure of many universities across the country.

During the meeting, Ahmed said the Quaid-e-Azam Muhammad Ali Jinnah had dedicated his property to the Peshawar University which is now facing Rs600 million deficit due to shortage of funds. It seems that education and research are no more among the priorities of the government, he added.

The chairman recommended the federal government to immediately release funds worth Rs21 billion for the Higher Education Commission (HEC).

The meeting was attended among others by Senators Nuzhat Sadiq, Sassui Palijo, Gianchand, Syed Sabir Shah, Secretary Science and Technology and officials from HEC.

Regarding mapping of research activities in the country the Secretary told the committee that there are 164 Research and Development departments in universities across the country and 67 other Research and Development institutes making it 231 in total, however, the data is still being collected and the number is subject to change. 17,547 researchers are registered with PASTECH and there are 129,000 MS and PhD scholars. The committee appreciated the work done and called for coordinated work with Higher Education Commission s isolated efforts will not help.

The matter of registering patents within and outside the country was also discussed and the committee recommended reducing the hiccups which the process time consuming and burdensome.

While briefing the committee about issuance of guidelines for random drug screening tests that would enable universities to make their campuses smoke and drug free, the committee was told by Higher Education Commission that awareness campaigns are underway and students are encouraged to identify people who are involved in drugs to take steps for their social inclusion. It was told that at present only drug addicts are being reached out for screening and rehabilitation. A proper policy would be needed to initiate and approve random screening of people and would need more human resource as well as testing labs.