Intolerance in Pakistani society and measures to reduce it

Since the day of its birth, Pakistan is constantly in the enduring phase of its stabilization and seriously facing complex problems at divergent points. So its distinct culture, different religions and motley traditions are highly needed to be harmonized in a more systemic way but tragically Pakistani society has segregated into scornful segments of creed, caste, race and even politics. 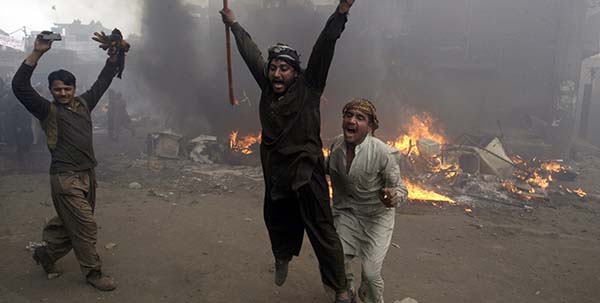 Intolerance is the head force of the problem of intolerance. Chiding criticism, abusive language and gimpy blame have become the tag of Pakistani society. A few decades ago, it was considered the ‘crime’ to target someone’s honor openly but with the breakthrough of various social and television channels rules and regulations are not designed accordingly, the morality of communication has lost in the grime of competitive environment of getting fame and rating. The tone in which political opponents do declamation with each other is beyond portrayal. And dismally, it is scrutinized as the far-reaching criterion of being in the news.

Social media is another teasing tale of our terrible temperament. Either there is the contention of political opposition or some dogma disagreement, lion’s share of social media users seem doused in the depth of bigotry. Although a rise in intolerance in Pakistan is not an up to the minute factor, the demeanor in which it is escalating so speedy is really perplexing. People just want to tune in on the statement of their will. They lack the gallantry to listen to something beyond the bounds of a specific religious sect or peculiar political party.

There are many important historic as well as humdrum reasons that promoted intolerance in Pakistan and now the situation is too severe to be upper handed by mere the oral content and speeches. Now there needs the urgency of something factually feasible. To spotlight the possible pushovers of intolerance in society carry as exclusive attention as other crimes like prostitution, robberies, vandalism, graffiti and corruption, etc carry. Although it’s the liability of every individual to endeavor for the promotion of patience but the factors that can literally lead the consummate correction in this regard are religious scholars, parents and educational institutions(especially universities).

The religious scholars must convey the substantial soul and true message of religion instead of promoting sectism and deciding the fate of others(Either they would be in heaven or hell). Parents are the foundation factors that layout the child’s thinking pattern. It’s a moralistically important responsibility, better to say divine duty of parents to cultivate positivity in their kids.

Universities are the eventual borders for the young generation to reconcile with the demands of practical life. So these are the prep to teach students the values to face different viewpoints, the morality to disagree and ethics to contradict in their professional life. It’s such an off-hand issue that the government can’t be demanded to make amendments to eradicate intolerance completely. But government officials can improve the defects in our system; that defects that directly or indirectly bump intolerance in society. For instance, weak and shaky points in our judicial system allow our people to take law into their own hands and decide the fate of criminals themselves.

A recent example is the murder of the groom in Peshawar, who was murdered just because of a dispute over photographing the women in the ceremony.

Another crucial step the government can take is to make sure that to speak about the religious sects must be strictly banned. Any speaker who promotes sectism or preaches for the specific sect in the contour of religion must be arrested and heavy fines should be applied for the people doing so.

‘Ethic emergency’ is needed to expunge this evil from our society. The eutopia of a forgiving and tolerant society is urgently needed in the present situation