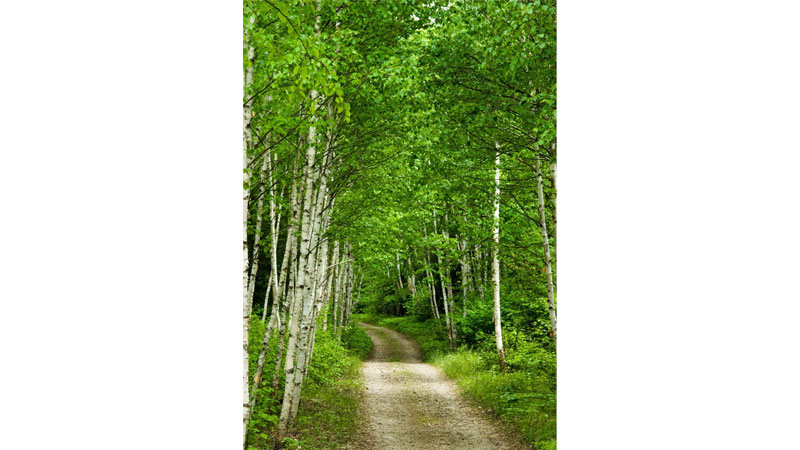 The title is “Birches” but the subject is birch “swinging”. The poem has been written by poet Robert Frost. It was included in the third Mountain Interval poetry collection of Frost, published in 1916. It consists of 59 lines and is one of the most anthologized poems by Robert Frost. The poem “Birches” is written in conversational language. Birches does not rely on a common natural scene that is consistently experienced and uncovered, but instead adequately assembles a mosaic of memory and dream considerations. Its striking quality and friendly, bittersweet hypothesis help make it one of the best known poems of Frost, and because its shifts of metaphor and tone invite a variety of interpretations, it has also received a lot of criticism.

The poem handles social escapism’s secret themes and observations from boyhood. Frost was influenced by his childhood experience of swinging on the birches and during his time was a popular game for children. He uses the image of a young boy swinging freely from the branches of birch trees.

“Birches,” the critic writes, “asserts the claims of Robert Frost’s scepticism and sense of human limits against the desire for transcendence and the sense of mysterious possibility.”

The poem is composed in a blank verse with a particular emphasis on ” sound of sense.” The poetry uses the natural world as a medium to explore human experience and seemingly regularly times. It may be ironic that “Birches,” set in a calm, almost idyllic New England countryside, first appeared in one of the most violent wars in history. “Birches” was first published on the European continent in 1915, when the First World War raged. Despite the fact that Frost had originally gained prominence around the end of World War I, he shared little with various writers, such as T. S. Eliot and Ezra Pound, who at that time also became popular.

Birches is one of those poems that begins with insight and finishes with joy.

In this poem, the vision of Birches turning left and right evokes this sentimental experience in him.The poem is constantly moving back and forth between two visual perspectives: birch trees as bent by the playful swing of the boy and storms of ice, the thematic interweaving being rather puzzling.. The birches bent “across the lines of straighter darker trees” subtly introduce the theme of imagination and will opposing darker realities. The darker tress represents Adulthood, dull, and rigid. The bent birch visual image causes the narrator to speculate on how the tree has become like that. He prefers his idea of the boy swinging in the branches of the birch trees. But he is forced to recognize the fact that the ice storms affect the bends forever. This scenario blends grace and bending images. The branches make the sound of a click as they pass each other in the wind. The gaps are multi-coloured in the sunshine. The branches loose the crystal shells as the temperature rises. The poet contrasts the broken ice sheets with the fallen dome of heaven. Frost’s narrator instead self-consciously breaks from his rational yet metaphorically fantasized digression to suggest he’d rather have some child bent the birches, whose gesture becomes a sign of controlled experience as opposed to the ice storm’s brilliant fatality. The boy subdues and conquers the trees, despite insisting on the difference between the permanent damage caused by ice storms to birches and a boy’s temporary effects. His swing is the art of preserving the fragile and difficult balance of life. Such a bending of birches is permanent and you might see birches trailing their leaves on the ground like girls throwing their hands and knees. Ice shells show light and shade emitting, and trees bent to the degree of brackening say retaining that is lightened by the unusual picture of girls tilting their heads towards the sun as if in happy surrender.

‘Birches,’ the critic writes, ‘asserts the claims of Robert Frost’s scepticism and sense of human limits against the desire for transcendence and the sense of mysterious possibility’

In this world where one has to maintain a rational outlook, the narrator has become tired of his responsibilities as an adult. He’s weary of “considerations” are contradictory claims that leave him disoriented and stung. He’s feeling lost. Life seems to him like “Where your face burns and tickles with the cobwebs,” a path less wood. The swinging act is presented in the poem as a recluse from the bitter truth or hard rationality. As the boy climbs the tree, he climbs to heaven where he can set free his imagination. The poet states that climbing the birch is an opportunity to “go away from Earth for a while / and then come back to it and start a new.”In these lines, the strong sense of escape is evident. “On a figurative level, climbing a birch tree becomes a way to escape the adult world’s harsh realities. The narrator admits that he used to be a “birch swinger” and that he wants to be one again. He wants to give up adulthood cares and become a boy again. And when he escapes these cares, when he embraces imagination and eschews reality, he wants to do so by climbing a birch tree thus experiencing once again the carefree attitude of youth. Here the narrator begins to probe the power of his redemptive imagination as it moves from its playful phase toward the brink of transcendence. “A swinger lies rooted in the roots of the trees as he climbs, but he can reach the higher plane of existence above his usual life on earth.” The author also fears that by swinging on birches he can no longer find his peace of mind. It’s because he’s an adult, he’s unable to leave behind and climb to heaven until he can start fresh on earth. It is also important that the desire of the narrator to escape the rationality is inconclusive. He wants to escape as a boy climbing up to heaven, but he also wants to return to earth: both “going and returning.” No matter how much our narrator wants to get away from earthly responsibilities, he doesn’t want to be taken away for good. Therefore, he wants a desire to be distant from this world and its responsibilities to “half grant” the fate. Here the word half grant is of special importance as he is reluctant to leave permanently. After all, “Earth is the right place for love / I don’t know where it will probably go better.” He just wants to go “to heaven” and not to heaven, but never to, never all the way. Frost fears transcendence. This passage is one of the most cynical in Frost, for all the obvious moralizing (“earth’s the right place for love”). He is awaiting a time when the soul can be fully absorbed into unity with the divine. But he’s terrestrial, tiny, terrified. He wants to get away from earth as soon as he thinks more of a “fate” than of God. And what a mystical experience might be turns into a fear of death, a fear that “not to return” would be snatched away. He rejects the unknown, God’s love because he can’t know it, and he clings to the finite: “Earth is the right place for love.” One should also note that poet holds nothing against life or has no regret living it.

He does not want to completely escape from it. He does not want to misunderstand him wilfully and snatch his life away. He loves life and sees the earth as the right place for love. Birches is also a Truth poem. Poet knows very well that Birches ‘ permanent bending can only be brought about by an ice storm. Sometimes bending the truth a little makes us see reality in another light that makes it more enjoyable. A slice of imagination makes the reality tempting and exciting at times.

Truth is at times cold and uninviting. He wishes only for a temporary escape-either as an imaginative writer or as a climber of Birches. He is ready to come down to reality after his brief suspension of it. The poem ends with a lighter note saying “one can do worse than being a birch swinger.”

Frost appears to believe in and share the vision that the earth’s literature is never buried. Therefore, in its simple form, the poem contains deep thought and a noble message. In contrast, the poet uses a number of objects and acts as metaphors to express his view of the world.

The writer is a student of English Literature & Linguistics. She can be reached at arishafeb12@gmail.com