The APS carnage — a screaming nightmare

Even when you know your child is in heaven, it still hurts like hell. Five years are gone yet it seems like yesterday and the people have not forgotten the nightmare that was unfolded on this day back in 2014. The December 16 attack on the Army Public School (APS) in Peshawar was the worst terrorist act in Pakistan’s history that claimed the lives of more than 159 people, including 143 children, and a nearly equal number injured. After a squad of many armed men launched a suicide attack during class hours with the indiscriminate firing on school children as they raided classroom after classroom, eight hours elapsed before military forces regained control of the school. After four years, the Supreme Court of Pakistan formed a judicial commission last October to probe the APS carnage. The report of the commission has yet to be submitted.

Terrorism has claimed more than seventy thousand innocent lives in Pakistan over the last several years, but the APS children’s massacre is the bloodiest in the nation’s recent history. It sparked unparalleled shock across the country and abroad, as people disbelievingly grieved the loss of young children attending an otherwise normal day in school. This national tragedy failed to find words of grief and sorrow, the consolation was meaningless. I happened to attend a few funerals of relatives who died in APS. The winter gloom of Peshawar was further exacerbated; the city and surroundings were in utter grief that was beyond narration. Everyone was crying before everyone after mentioning the tragedy, and this continues till day. 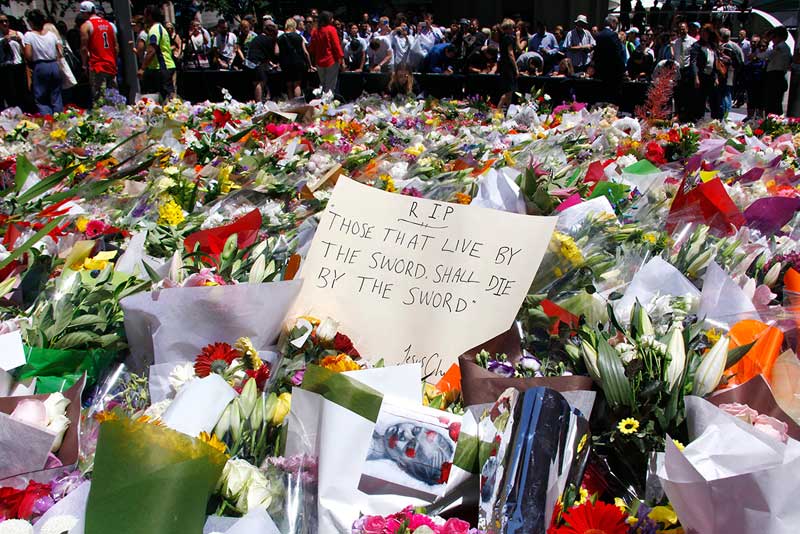 Responsibility for the massacre was claimed by the banned Tehrik-e-Taliban Pakistan (TTP), who declared to have undertaken it as revenge for the ongoing military operation Zarb-e-Azb in tribal areas since June 2014. The formation of the TTP dates back to 2002. It absorbed many Al-Qaeda fighters who fled from Afghanistan to the bordering tribal areas of Pakistan following the US attack in Oct 2001. In 2007, TTP was formally created as an umbrella organisation, led by Baitullah Mehsud, incorporating 13 militant groups. Mehsud’s successor, Hakimullah Mehsud, declared a war against the state of Pakistan in October 2013, seeking to replace Pakistan’s ‘un-Islamic system’ by an Islamic one. Hakimullah Mehsud was killed the following month in a US drone strike. Major differences in the historical background, interests and goals of the TTP and the Afghan Taliban mean there is no direct affiliation between the two. The distance between the groups was highlighted when an Afghan Taliban spokesman criticised the APS attack by calling it “un-Islamic.”

The operation Zarb-e-Azb, after much ado, was finally launched on June 15, 2014, after it became clear to the government that the peace talks with the TTP were nowhere close to fruition and that, despite the talks, the TTP had been conducting attacks. The Army was also getting edgy as more and more military installations had been targeted by the TTP, in one particular strike, Lt Gen Sanaullah Niazi, a three-star general involved in previous military operations against the TTP, was assassinated by the group in Khyber Pakhtunkhwa near the Afghan border. Another key event that triggered the military was the TTP’s beheading of 23 captured soldiers from the Frontier Corps in February 2014. The TTP further provoked the military by using Islamic Movement of Uzbekistan (IMU) members to conduct an attack at the Jinnah International Terminal of Karachi Airport, which resulted in the killing of 28 airport security personnel.

The government’s policy to root out terrorists has been two-pronged and polarised, the government has sought to either negotiate with the TTP in the hope of salvaging peace through a deal or when such peace deals have failed, the army has launched military operations to exterminate the Taliban, as was the case with the Swat operation in 2009 when the Malakand Accord broke down. The Malakand Accord, which was struck between the Government of Pakistan and the TTP in February 2009, and involved making concessions to the militants including the imposition of a radical form of Shari’a in the Malakand Division, has already exposed the dangers of brokering a peace deal with the Taliban. Following the government’s decision to take the offensive, the military launched airstrikes, and 30,000 troops marched into North Waziristan to take part in the operation against the terrorists. Operation Zarb-e-Azb has successfully been completed by February 2017 after achieving the desired results, replaced with another operation named ‘Radd-ul-Fasaad’ to conduct Counter-Terrorism operations by Rangers in Punjab, to keep continue the ongoing operations across the country, focus on more effective border security management, countrywide explosive control and de-weaponisation and pursuance of National Action Plan.

The dangers inherent in a military operation against the TTP have also manifested themselves through the ugly horror of suicide attacks and blasts that have plagued the country. Pakistan saw a 48 per cent rise in deaths in terrorist attacks in 2009 following the launch of the army offensive in Swat and Waziristan provoking a backlash from the Taliban, with terror attacks having claimed 72,000 lives in the past 14 years. With those numbers in place, Pakistan’s watershed moment was not readily decipherable, but the macabre scene that unfolded in December 2014 in Peshawar was being termed the strongest contender. The brazenness of the APS massacre united all the political parties and military leadership of the country to unanimously condemn the attack and make the National Action Plan (NAP) to eradicate terrorism.

The NAP contains 20 points to eradicate the mindset of terrorism to defeat extremism and sectarianism. Unsurprisingly, there is little evidence of progress on many NAP targets. Groups and individuals banned in Pakistan and also blacklisted under the UN Security Council (UNSC) Resolution 1267, continue to operate freely. Efforts to regulate the Madaris, curb hate speech and literature and block terrorist financing have been haphazard at best. A reformed and strengthened criminal justice system could have helped to achieve the NAP’s objectives.

The government still has an opportunity, albeit fast shrinking, to reverse course and meaningfully overhaul counter-terrorism strategy, but this necessitates revoking major policy concessions to the military. The government should take on that challenge to replace an overly militarised response with a revamped, intelligence-guided counter-terrorism strategy, led by civilian law enforcement agencies, particularly the police. Dismantling terror networks, detaining and trying jihadi leaders and foot soldiers, disrupting terror financing and ending radicalisation through hate speech and literature will require reallocating limited resources to strengthen the capacity of the provincial police forces. While the three basic bodies of law, the Penal Code, Criminal Procedure Code and Evidence Act, need to be modernised, it is even more urgent to build police capacity to enforce them. That capacity has been gravely eroded due to the inadequacy of resources, training, internal accountability and autonomy. The current emphasis on revenge and retribution and the emasculation of fundamental rights and rule of law are undermining citizen’s confidence in the state to deliver justice, a flawed approach that also fuels grievances that benefit the violent extremists the NAP is aimed at combating.

Both operations Zarb-e-Azb and Radd-ul-Fasaad have almost completed five and a half years. These military operations are the first of its kinds against the terrorists based in the North Waziristan and other parts of the country. However, there have been previous operations elsewhere in FATA since Pakistan’s first operation against al-Qaeda, Tehrik-e-Taliban Pakistan and other foreign Islamist militant groups in the area in 2002. The current operation is intended to target al-Qaeda and its associated movements, both foreign and domestic, including the Islamic Movement of Uzbekistan, the Chechen Islamic Jihad Union and Emirate-e-Kaukav, as well as the East Turkistan Islamic Movement and other various factions of the TTP. Phenomenal successes have been achieved from these operations, terrorists’ backbone broken, the main infrastructure dismantled and nexus with sleeper cells largely disrupted.

Despite all its successes, one additional risk arising from these operations is that adjacent Afghan provinces could now become a “new North Waziristan” as Islamist militants pushed out by Zarb-e-Azb have taken refuge there, underlining the problems caused by our failure to get the Afghan government of President Ashraf Ghani on board before launching the operation. This lack of Pak-Afghan cooperation and the resulting militant havens into Afghanistan is likely to be one reason why no major terrorist leader like Fazlullah, Adnan Rashid and Hafiz Gul Bahadur, has so far been killed or captured during the operation. Indeed, the presence of right-wingers and self-appointed warders of religion who have emptied the Divine from divinity and stand antithetical to everything that God stands for are still the biggest threat. The ruthlessness of these “brainless saviours of Islam” have led Pakistan into its nuclear winter and far from a Pakistani spring being the antidote, an upheaval of great proportions may be required to counter this growing threat to the country’s survival.

The writer is a PhD in political science. He is a civil servant based in Islamabad. His area of specialisation is political development and social change 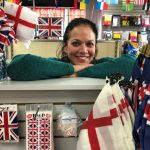